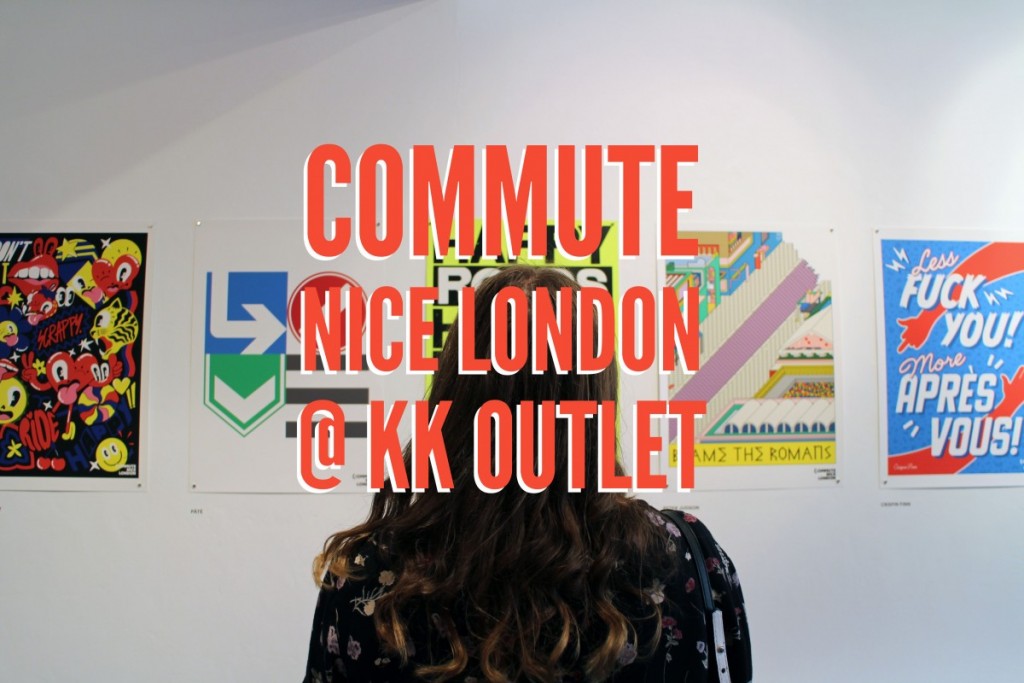 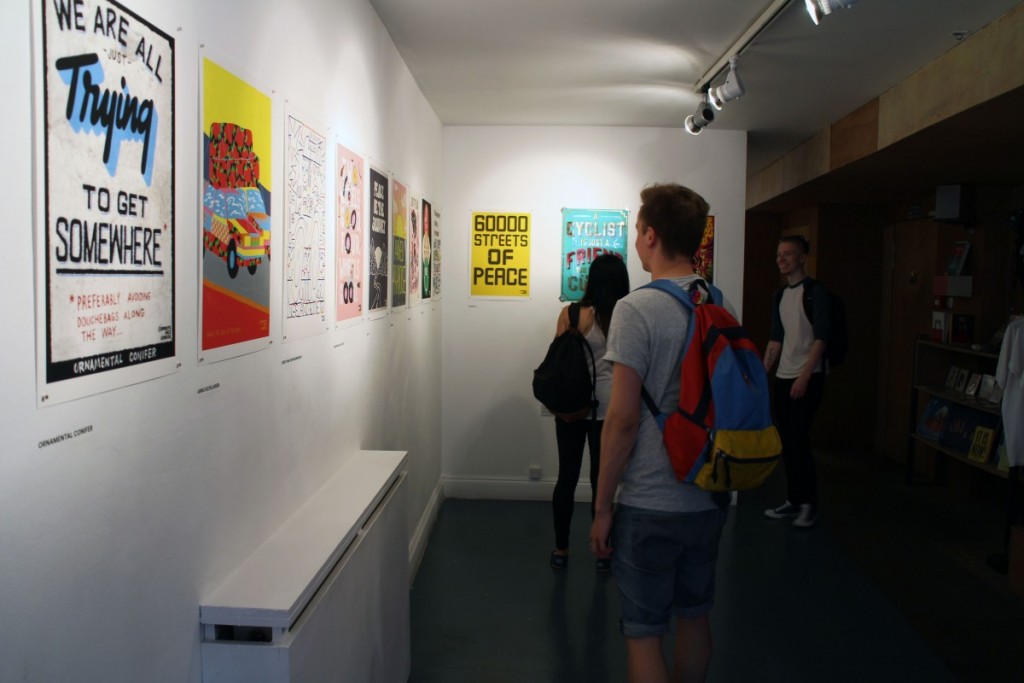 After seeing tweets from KK Outlet, at the weekend I took Jack, Sophie & Ben with me to check out the Commute Nice London exhibition. KK is a small gallery, but there’s plenty of space for 20 odd posters by a brilliant range of designers.

My daily commute involves a walk, a bus and a tube ride, and after living in London for over a year now I’ve seen/experienced a few tense transport moments. I’ve actually been keeping a list of my commute pet peeves (for a rainy day project), so I was curious to see how the creatives would put a positive spin on London’s transport troubles: 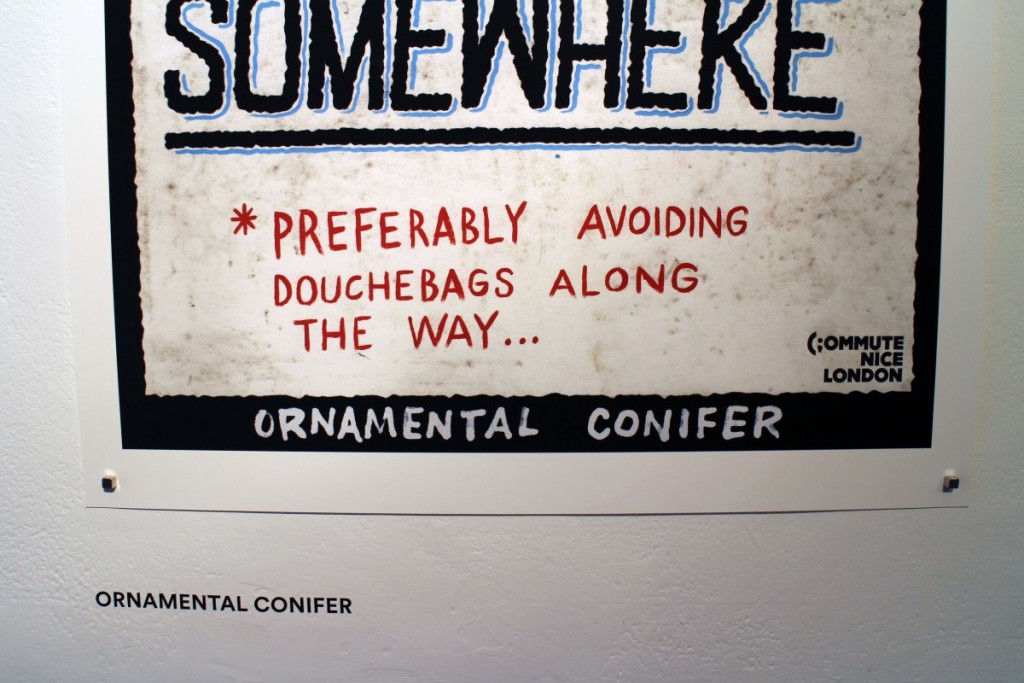 Sophie was excited about the beautiful golden piece by Alex May Hughes: 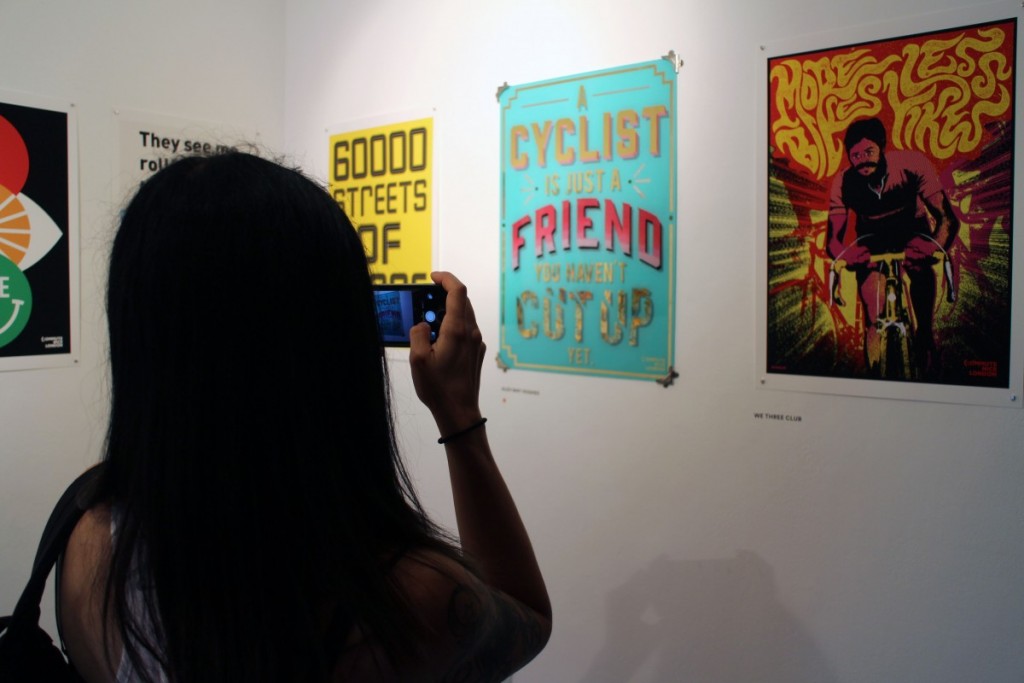 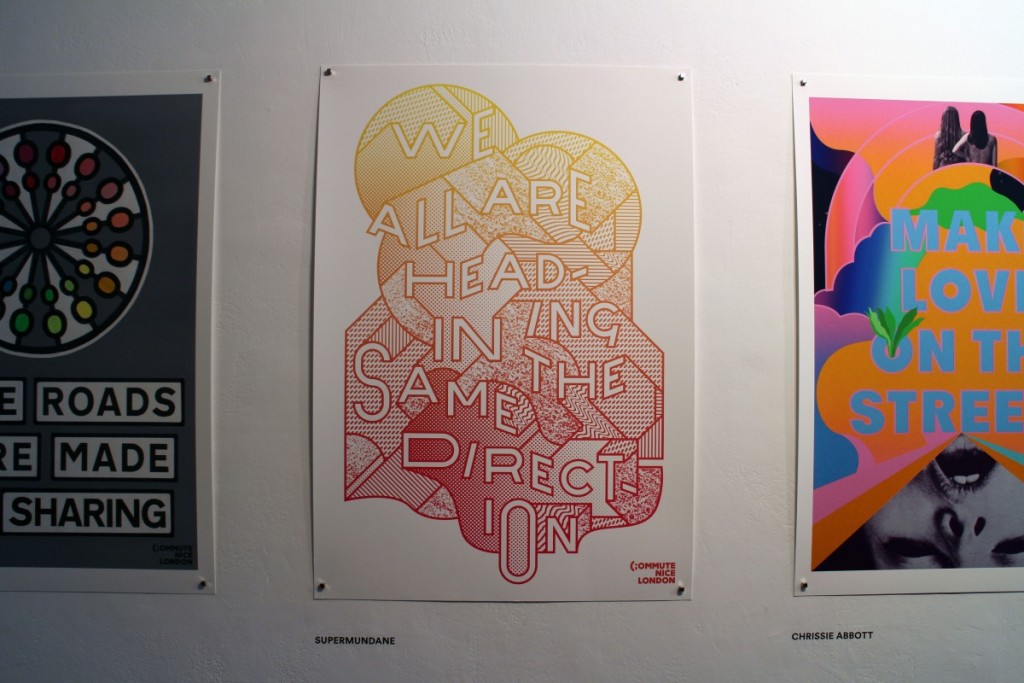 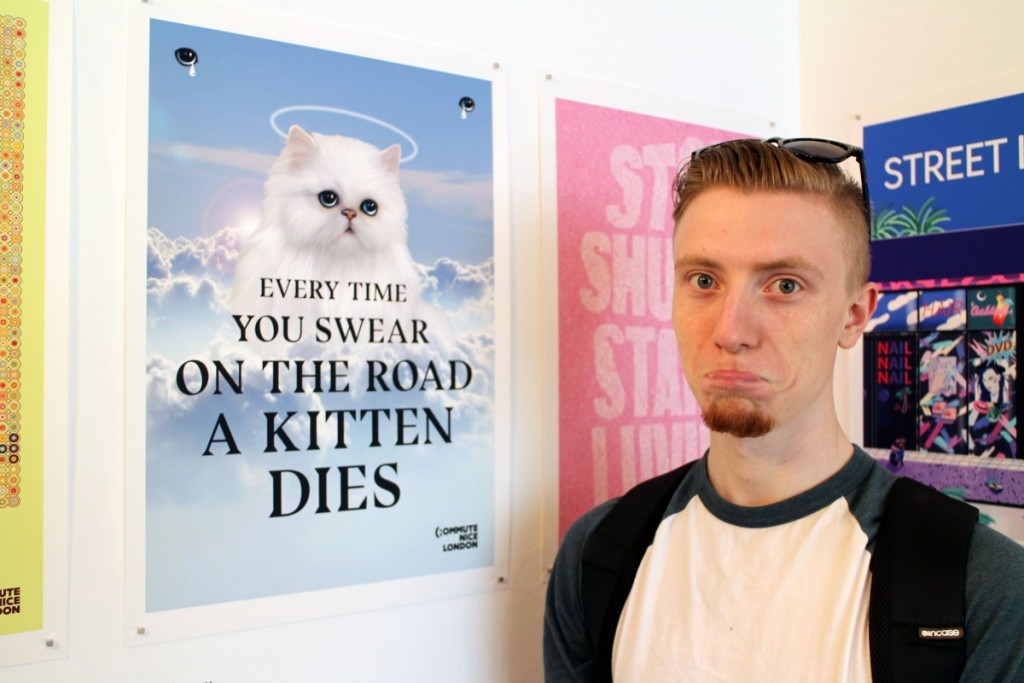 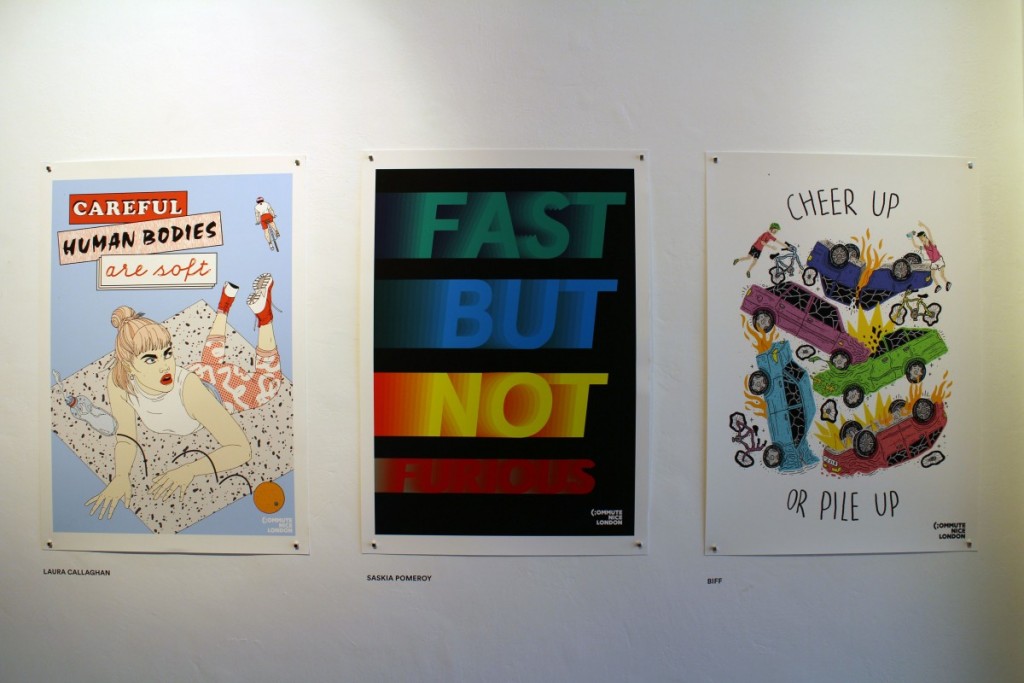 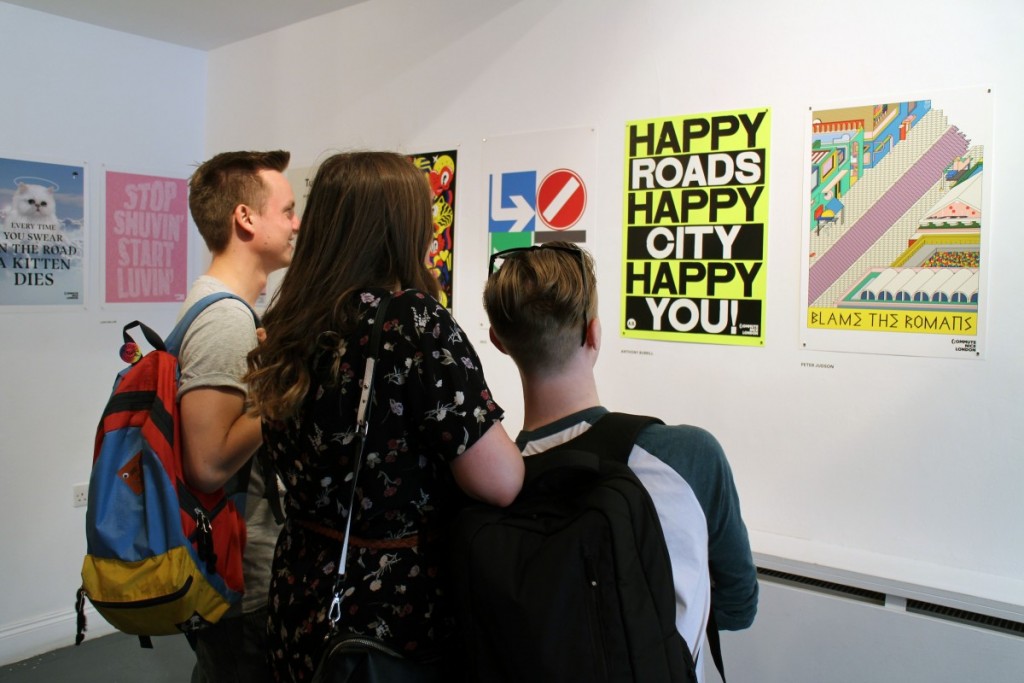 With some submissions from creatives with strong styles, it was easy to recognise pieces by Hattie Stewart, Anthony Burrill, Peter Judson and Crispin Finn.

After looking at the posters Ben turned his attention to the cool things on sale in the KK shop – from magazines and prints to socks and swimming costumes: 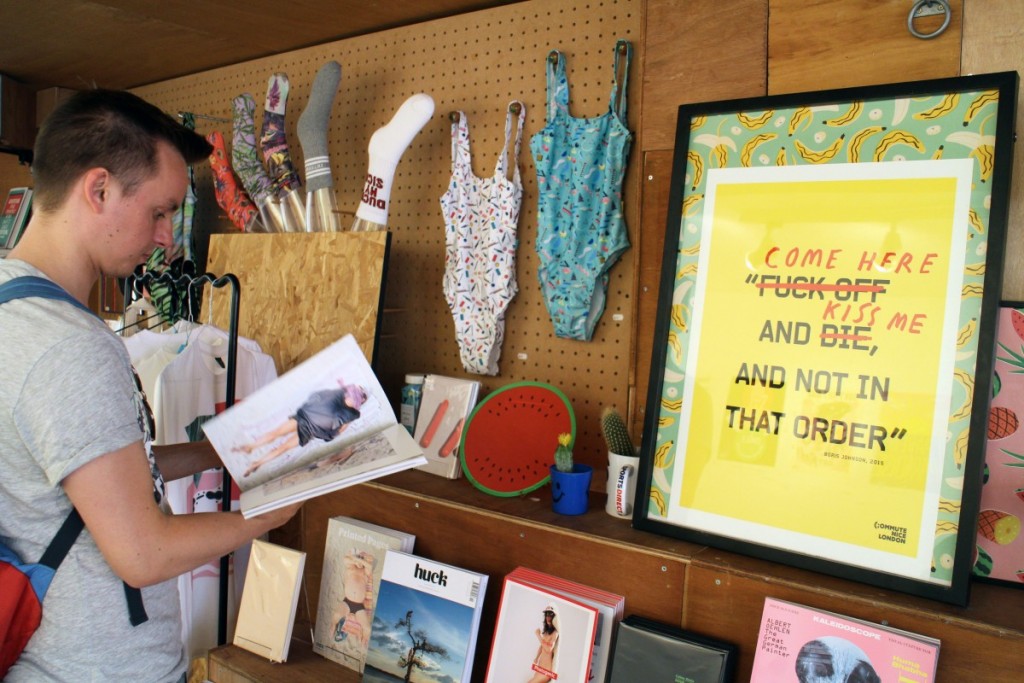 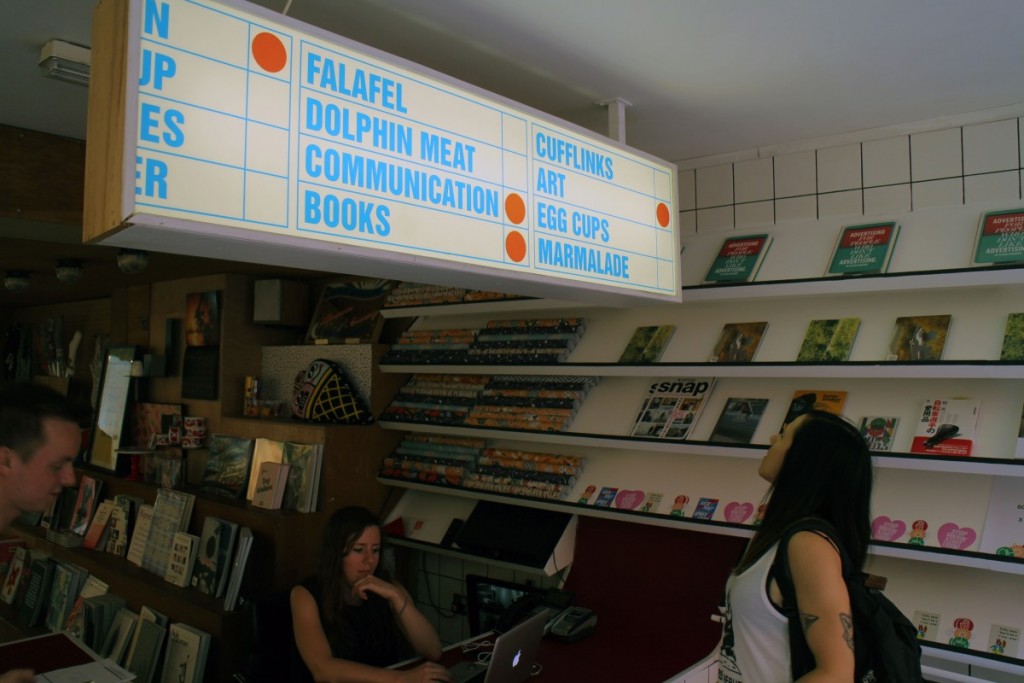 Also available at KK Outlet; books, communication and art but no falafel, marmalade or eggs cups… just incase you thought they might have some.

Commute Nice London is running until 31st July so make sure you pop down to Hoxton Square before then. Or maybe you’ve already been? Let me know which poster is your favourite (and they’re all available to buy btw)…