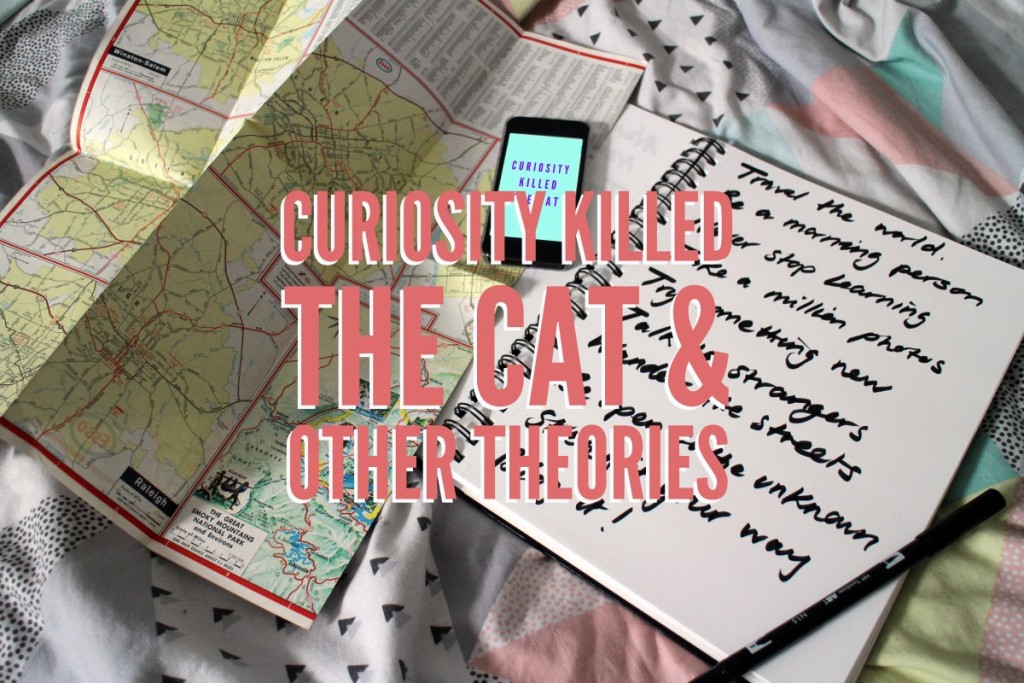 What is the first thing that comes to mind when you read ‘curiosity’?

Curiosity killed the cat – Why does curiosity get such a bad name for itself?

To me it’s a child-like quality; a thirst for learning, exploring and discovering. It’s pure, powerful and full of potential/possibilities. I have always been curious – looking to learn, showing an interest in just about anything and everything. Maybe it’s because I’m an eldest child – we’re supposed to be independent, confident and ambitious? I’ve always been a thinker – wondering about things and having ideas. But I didn’t think it was anything special; I thought that everyone else thought about things! (All of the thinking!) It’s human nature to be curious, but apparently the urge is stronger in some than in others…

For a while I thought it was a bad thing to be interested in so many different things. After leaving University being curious was a bit of a hinderance because it meant that I didn’t have just one focus and I was left without a clear direction. But now I’m proud to be curious and think that it’s important for creatives… even if it is considered to be a childish trait. When I read McCarthy & Stone’s findings in The Colour Report, I couldn’t help but smile..

At 25 and having just begun my career I’m a LONG way off retirement, but as the youngest in the office ‘age’ is a reoccurring topic of conversation. Everyone has their own assumptions and expectations about how you should feel/think/act at a certain age. When I was 9 years old I wanted to be a Fashion Designer and at 16, a journalist. At 13 I thought I would be married with children by the time I reached 27. Twelve years on at 25, I’m a Graphic Designer 2 years away from that 27 ‘target’ and enjoying life without giving much thought to marriage etc. On the outside I might look around 23(? – I ALWAYS get ID’ed), but in my mind I’m still 18!What does it even feel like to be 25 anyway? I’ve supposedly been an adult for a little while now, but what does that even mean? All I know is that my student discount runs out at the end of August, so I’ll be mourning the loss of my youth…

You can’t help getting older, but you don’t have to get old.

Age is an issue of mind over matter. If you don’t mind, it doesn’t matter – Mark Twain

As I grow older it’s inevitable that I’ll change my mind about a lot of things; my favourite ice cream, where I want to live or the colour I want my hair to be, but I don’t think I’ll ever ‘grow out’ of being curious. That’s one part of me that will never change (or so I hope, anyway).

Obviously I have a lot planned prior to retirement (becoming a world famous designer, world domination etc), but it made me wonder(there I go again) – what will I be getting up to when I’m retired? 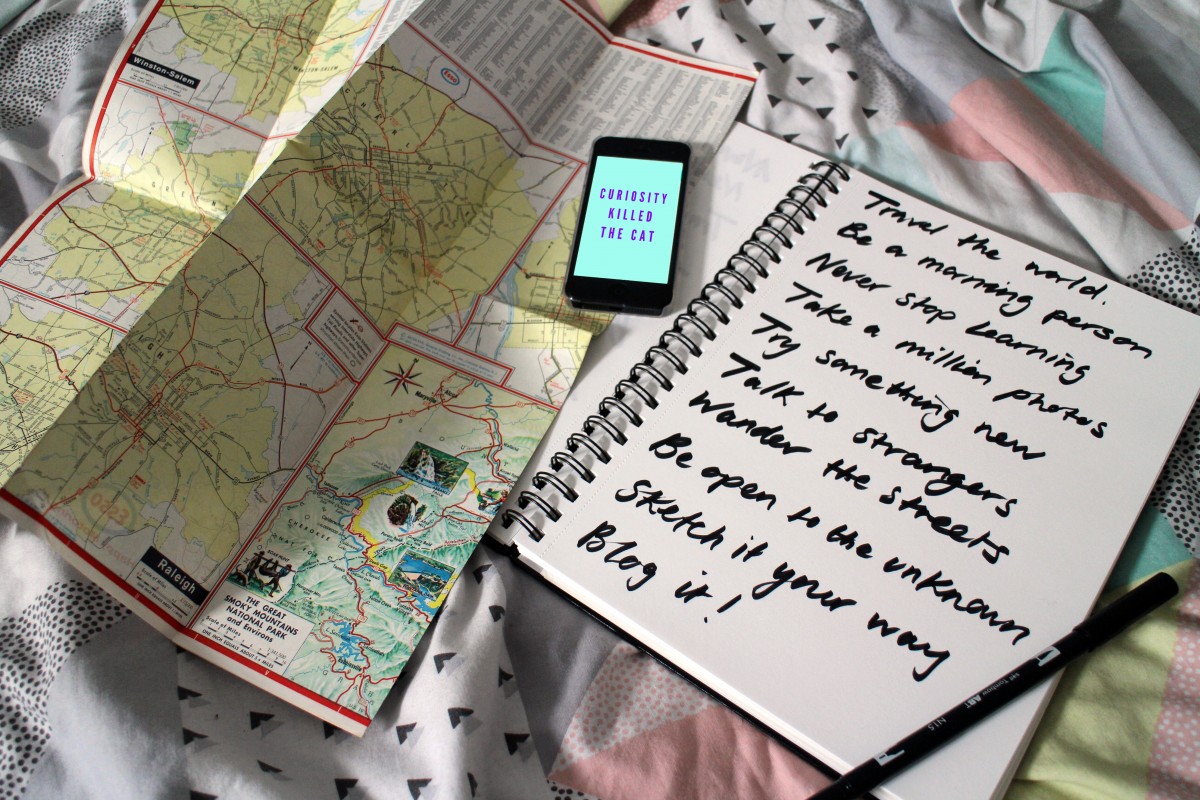 Get up early
I’m not much of a morning person but I hate to see the day wasted. Unless I’m super tired, I’m pretty sure I won’t be lazing in bed.

Get a bus to a random stop and wander the streets
Discovery. Yes, public transport can be a bit ropey sometimes but I love the bus; great scenery, space to think/read/eat. It’s cheap and (sometimes) cheerful and you get to see so much more from up above.

Sketch
Practice makes perfect. I find sketching quite frustrating (only because I feel like I can never get it ‘right’) but so therapeutic. It’s great to just take an hour to go out and sketch – I always feel like I’ve achieved something.

Try something new for lunch
Maybe ‘I’ll have what they ordered’ or maybe I’d simply say ‘surprise me’.

Talk to strangers
Obviously I’m not saying talk to those shifty looking people, but meeting new people is fun. ALL oldies talk to random strangers. They love a chat; a chance to share stories so make conversation, and maybe even someone’s day.

Visit a museum/gallery
How many museums and galleries do you think there are in London? I want to visit them all! 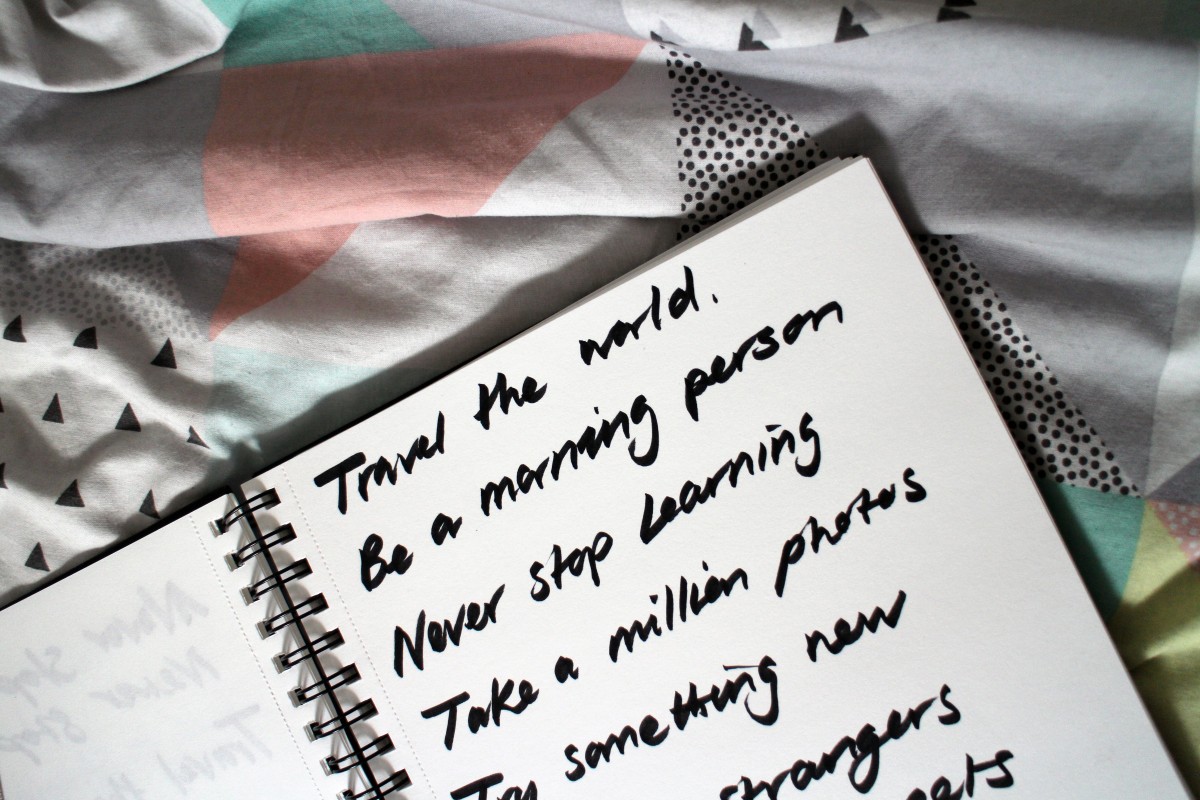 Never stop learning
I want to learn something new every day, which means I’ll probably need to…

Travel the world
This is such a cliche, but it’s still true. See new places, hear new languages and learn about different ways of life – I want to do it all! I don’t know what kind of shape I’ll be in at 70, I’m guessing I won’t be backpacking and mountain climbing, but I want to stay active. My granddad is 80 and he still walks everywhere and loves exploring new countries. He’s one of the most inspiring people I know; maybe that’s where I get my curiosity from?

Take a million photos
I don’t know, maybe there will be a different way to document things in the future (holograms or something?) but what I do know is that I’ll want to keep images and memories.

Blog it
And obviously I’ll blog it, because I’ll still be blogging. Imagine a whole generation of granny bloggers!

What do you think you’ll be doing when you retire? Let’s grow old gracefully together…