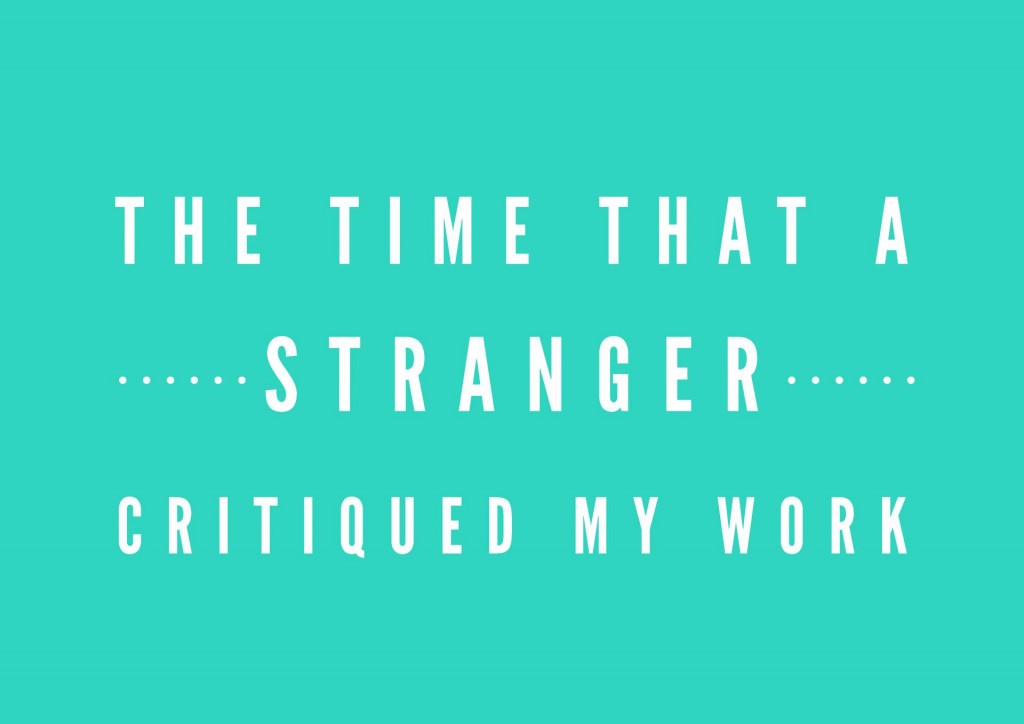 A couple of years back at University, I created an info graphic of information that I gathered about my blog and titled it ‘Confessions of a Blog-a-holic‘. Some long time readers might remember, but basically I gained a lot of hits from being Freshly Pressed on WordPress – 12,000 hits in like 24 hours on one post.

Despite missing out on a 1st for the project in terms of University grades, the ‘real world’ feedback and exposure I received on the info graphic was AMAZING: highlighted as a staff pick on Visual.ly (the infographic website), featured in Behance’s Student Showcase, Semi-finalist in the Adobe Design Achievement Awards 2012 and Information Is Beautiful Awards Longlist.

Basically it was a bit of a middle finger to the University’s curriculum marking scheme (hehehe) and proof that a project/student doesn’t need to get a 1st to be successful!  HELL YES! 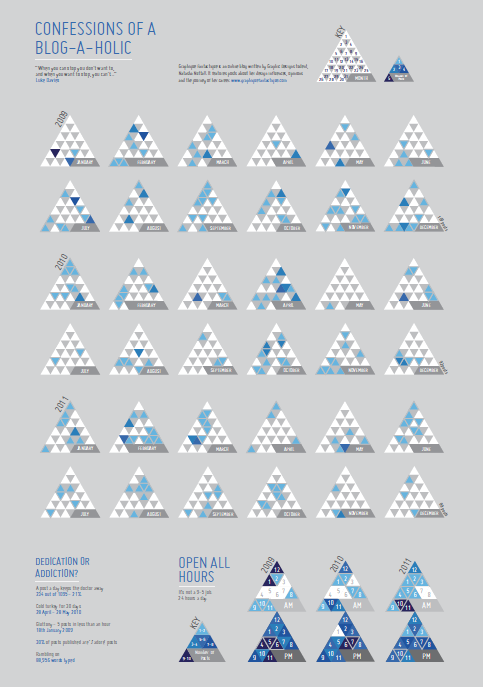 But that was 4 years ago now. Although I’m still very proud of the piece, it’s history and a part of my time as a University student, not my ‘professional’ career. Things have moved on.

As a design student I became used to thinking critically and analytically about other designer’s work; ‘big’ designers like Stefan Sagmeister, Jessica Hische, Marion Bantjes. As a student, looking forward to the future my aim was to progress in my career and possibly become someone whose design was admired and talked about. It was the main reason that I first started writing this blog after all; to put my work out there in the world and get feedback. If I’m being 100% honest, deep down inside I gave up on this ‘dream’ last year and I guess I explained the reasons why in this post from last week.

But unbeknown to me, someone WAS talking about my work. 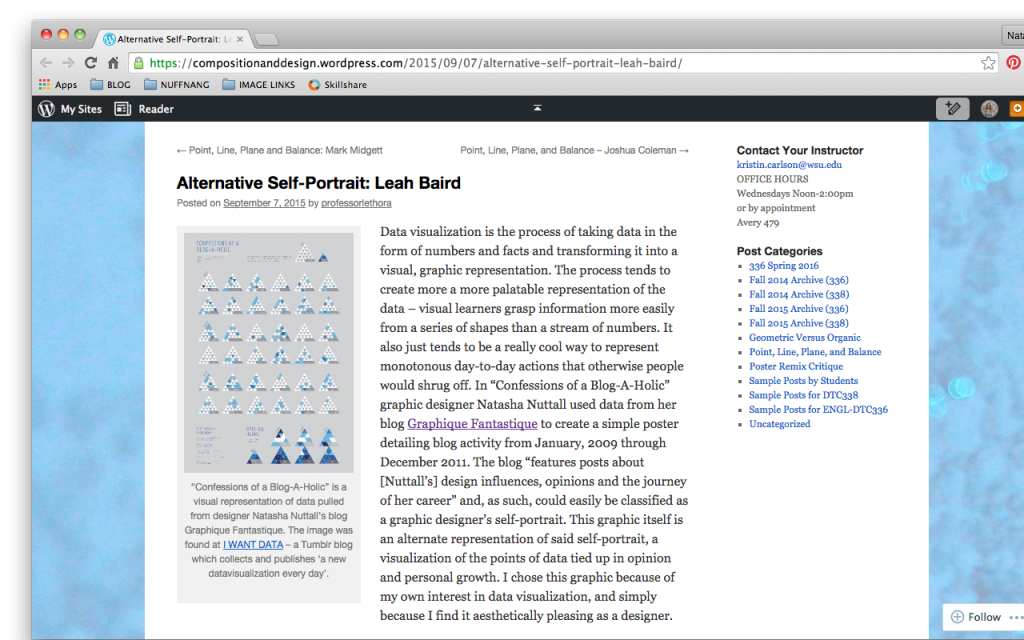 Luckily I’m quite good at analysing my blog stats every so often, including referrals – this leads me to anywhere I’ve been featured and is usually blog related. Last week I stumbled across something which pretty much made my whole month… SOMEONE HAD CRITIQUED MY DESIGN WORK! It was one of the best feelings ever!

In September 2015 a student at Washington State University wrote a piece on my inforgraphic: Alternative Self-Portrait by Leah Baird

Here’s what she had to say:

‘Data visualization is the process of taking data in the form of numbers and facts and transforming it into a visual, graphic representation. The process tends to create more a more palatable representation of the data – visual learners grasp information more easily from a series of shapes than a stream of numbers. It also just tends to be a really cool way to represent monotonous day-to-day actions that otherwise people would shrug off. In “Confessions of a Blog-A-Holic” graphic designer Natasha Nuttall used data from her blog Graphique Fantastique to create a simple poster detailing blog activity from January, 2009 through December 2011. The blog “features posts about [Nuttall’s] design influences, opinions and the journey of her career” and, as such, could easily be classified as a graphic designer’s self-portrait. This graphic itself is an alternate representation of said self-portrait, a visualization of the points of data tied up in opinion and personal growth. I chose this graphic because of my own interest in data visualization, and simply because I find it aesthetically pleasing as a designer.

Nuttall uses many basic design techniques in her creation of this piece – for starters there’s an easy to spot grid in the rows and columns of the triangles. The typography is present and informative without distracting or taking from the overall minimalist design. There is even, arguably, a hierarchy of information. Viewers will first look at the bigger triangles, then realize they mean something more and move in closer to examine the smaller triangles which make up the larger ones. There are pockets of information folded into shapes through simple use of color. Most importantly, to me, the use of color is analogous. Nuttall isn’t trying to distract the viewer from the larger triangle shapes by using bright, contrasting colors. Instead they use a muted series of blues paired with grey and white contrast. The darkest color is a midnight blue that sits heavy on the page, representing the highest numbers on the data scale.

Overall I find this piece well-balanced, and consider it a well-made look into the ‘self’ of a designer via their blog.’

It’s really interesting to read her analysis and I’d say it’s a pretty good and accurate one. She seems to totally get all of the design decisions I made and why, which is great because it means they make sense. It’s weird to see myself referred to as ‘Nuttall’, because that makes me seem like I’m a respected designer… which, like I mentioned, is something I had given up on really. Not going to lie, it’s a pretty good feeling 🙂

Have you ever seen your work critiqued by a stranger? And if you’re reading Leah, thanks for putting a smile on my face.