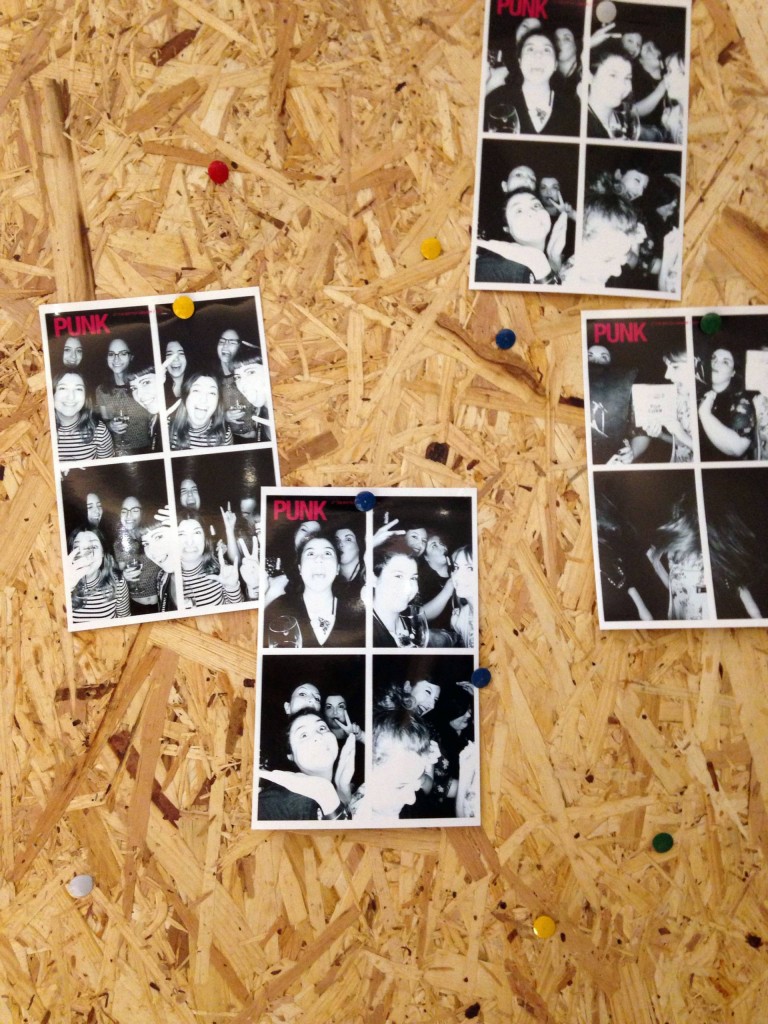 Recent political events in the UK have been interesting to say the least. Regardless which side of the fence you sit on, what we have seen is people being passionate about their beliefs, and we’ve been reminded what can happen when people stand up for what they believe in. Rebellion, protest and fighting for the freedom of speech; all things associated with the Punk movement of the 70s.

Coincidentally on Friday night I saw Punk legend Patti Smith live at British Summer Time (watch the vlog here) and she offered several words of inspiration. All of this reminded of the latest exhibition at The British Library; Punk 1976-78. Back in May Emma, Charli, Sara & I were lucky enough to get a preview before it officially opened to the public, but I’ve been waiting for the perfect moment to share it with you guys. I think I just found it… 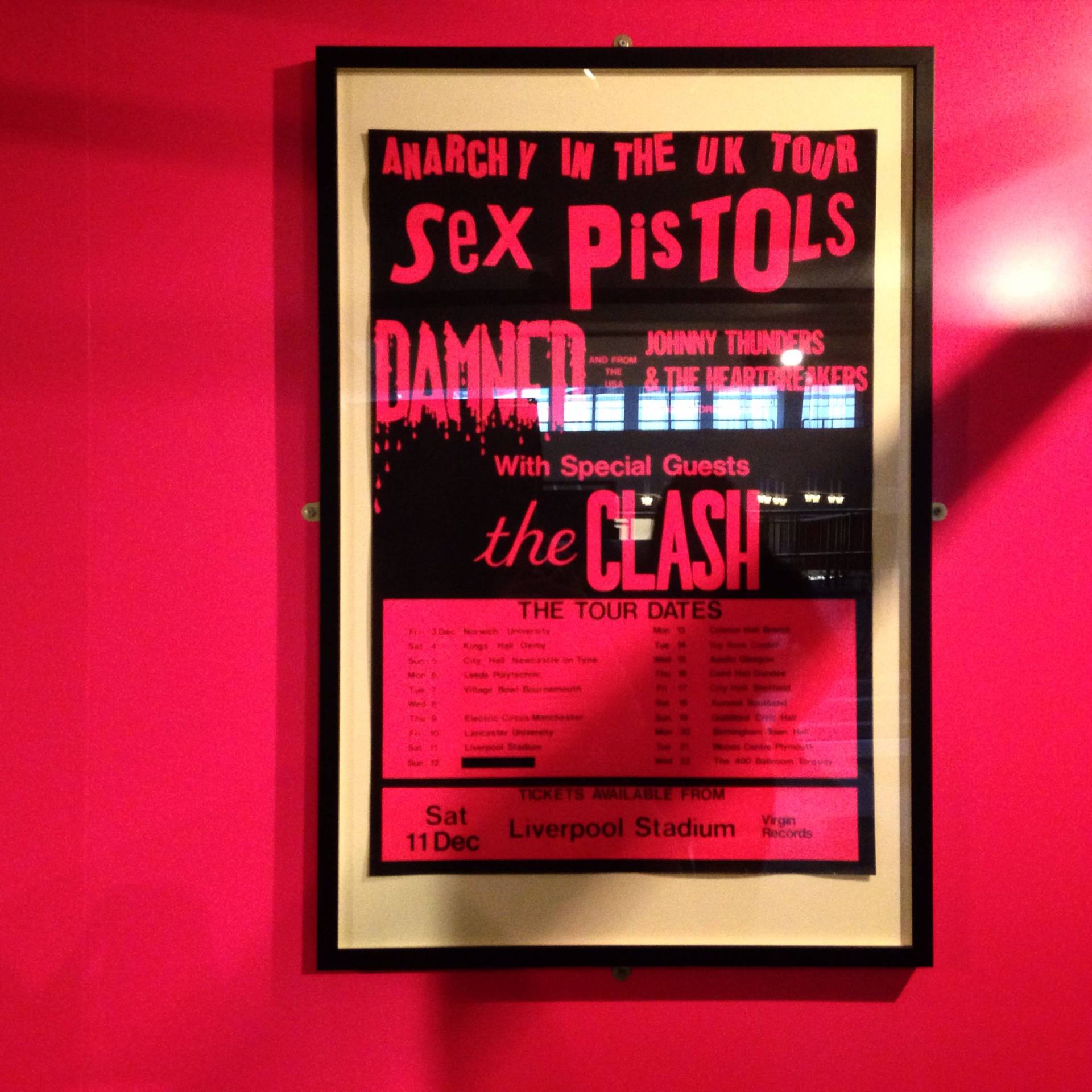 I don’t claim to be an expert on 70s Punk, in fact I’ll hold my hands up and admit that my knowledge is pretty basic, but I think that my lack of knowing helped to push my curiosity further. What is it about this era in music/life that meant even though I was born 20 years later, I’m still very aware of and somehow influenced by it? (Ok, let’s get this out of the way: I was introduced to Teenage Kicks by The Undertones because Busted covered it. I have no shame in admitting that!)

I’m sure we’ve all heard stories of parents influencing their children’s music tastes, but there wasn’t a punk ‘passing down’ from my parents. Growing up I remember that my Mum listened to Enya, Madonna, Brian Ferry and Phil Collins. Grandad introduced me to Kraftwerk, and that was about as ‘weird’ as it got. In my teens, with the help of Myspace (and a crush on an ‘edgy’ boy in the year above), I was introduced to emo/rock bands like Yellowcard, The Academy Is…, New Found Glory and Circa Survive. But I never quite made it to old school punk… maybe I’m not cool enough? ha

So how was I introduced to bands like The Clash and The Sex Pistols? I think it was mainly through the idea of rebellion and design. The cut and paste, hand drawn doodles and ransom note design style is iconic across the world, and easy to try whatever level your design skills are at. I remember cutting up magazines and making posters from a young age. I probably was writing about cakes and unicorns rather than changing the world, but the DIY culture seed was planted!

At the British Library there are lots of do-it-yourself posters, zines, leaflets showing the roots of a Graphic Design movement; 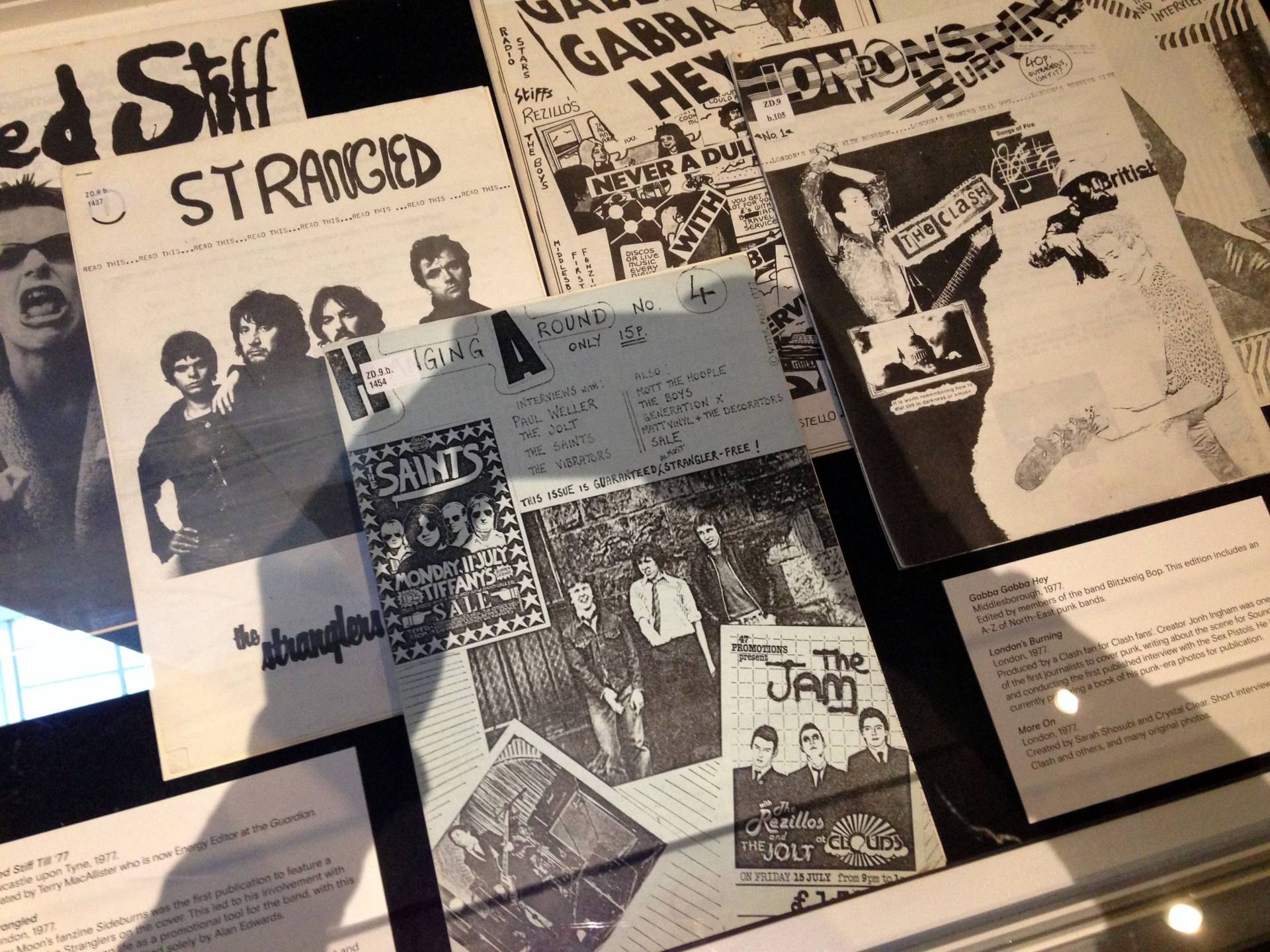 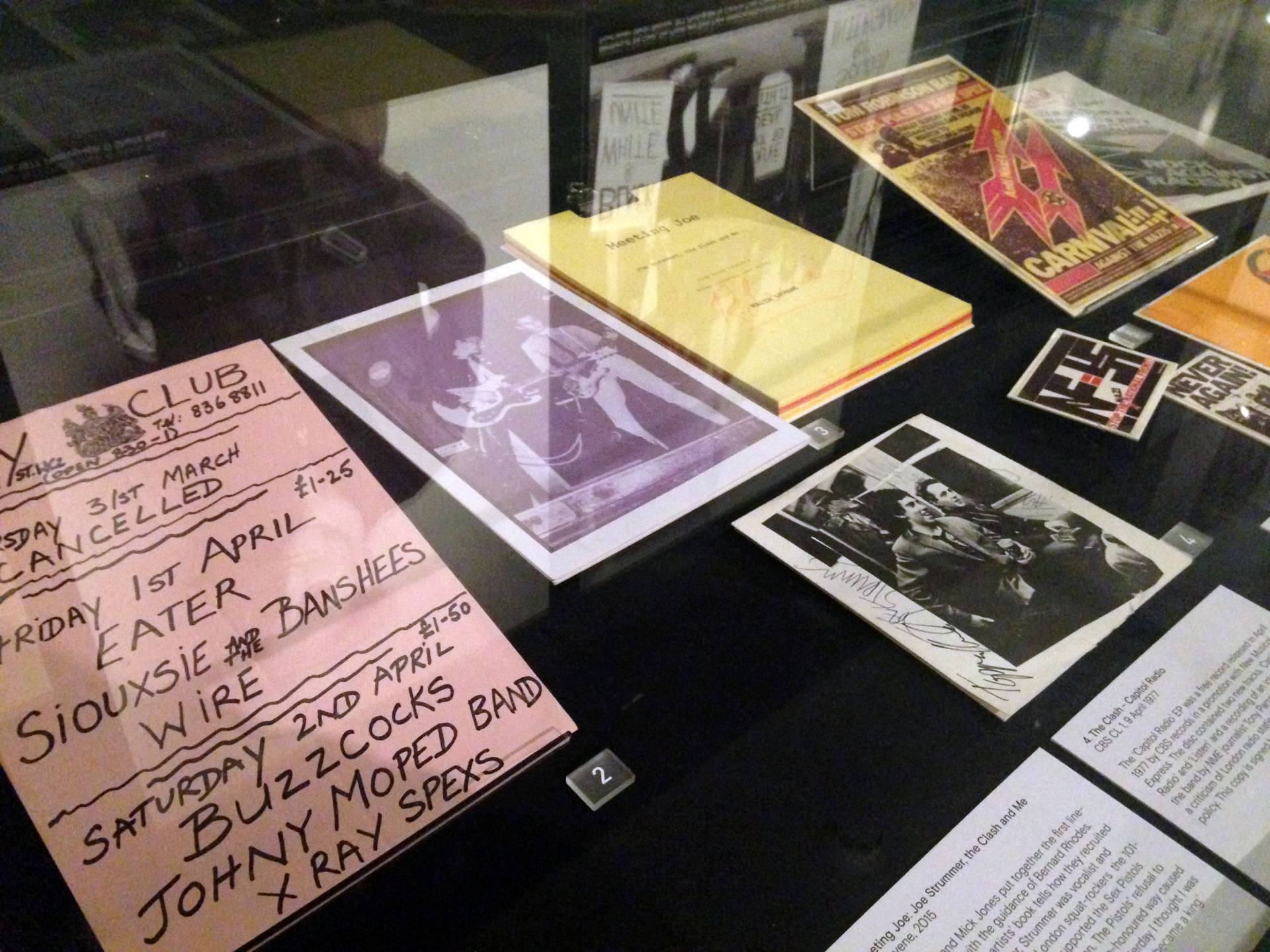 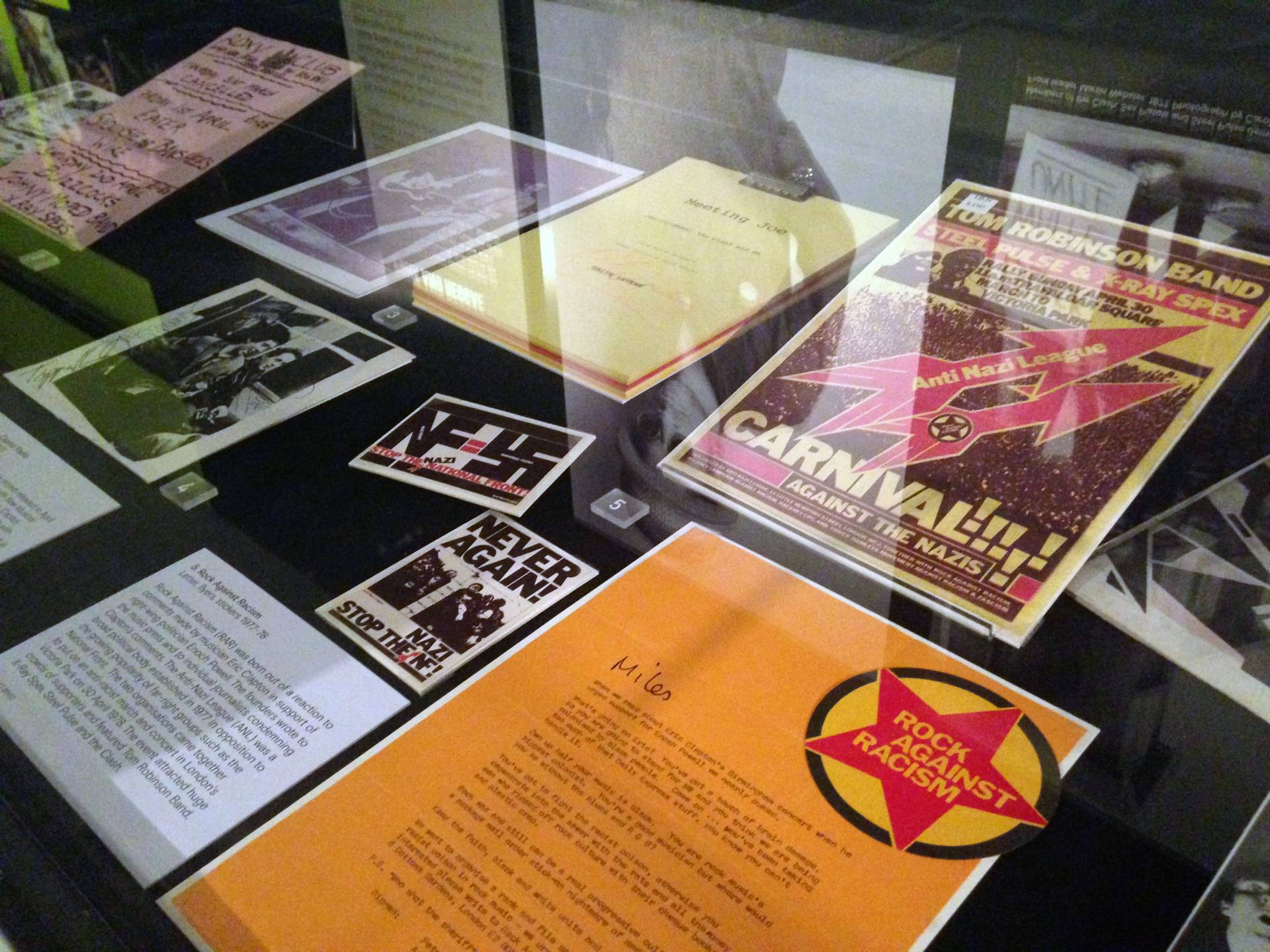 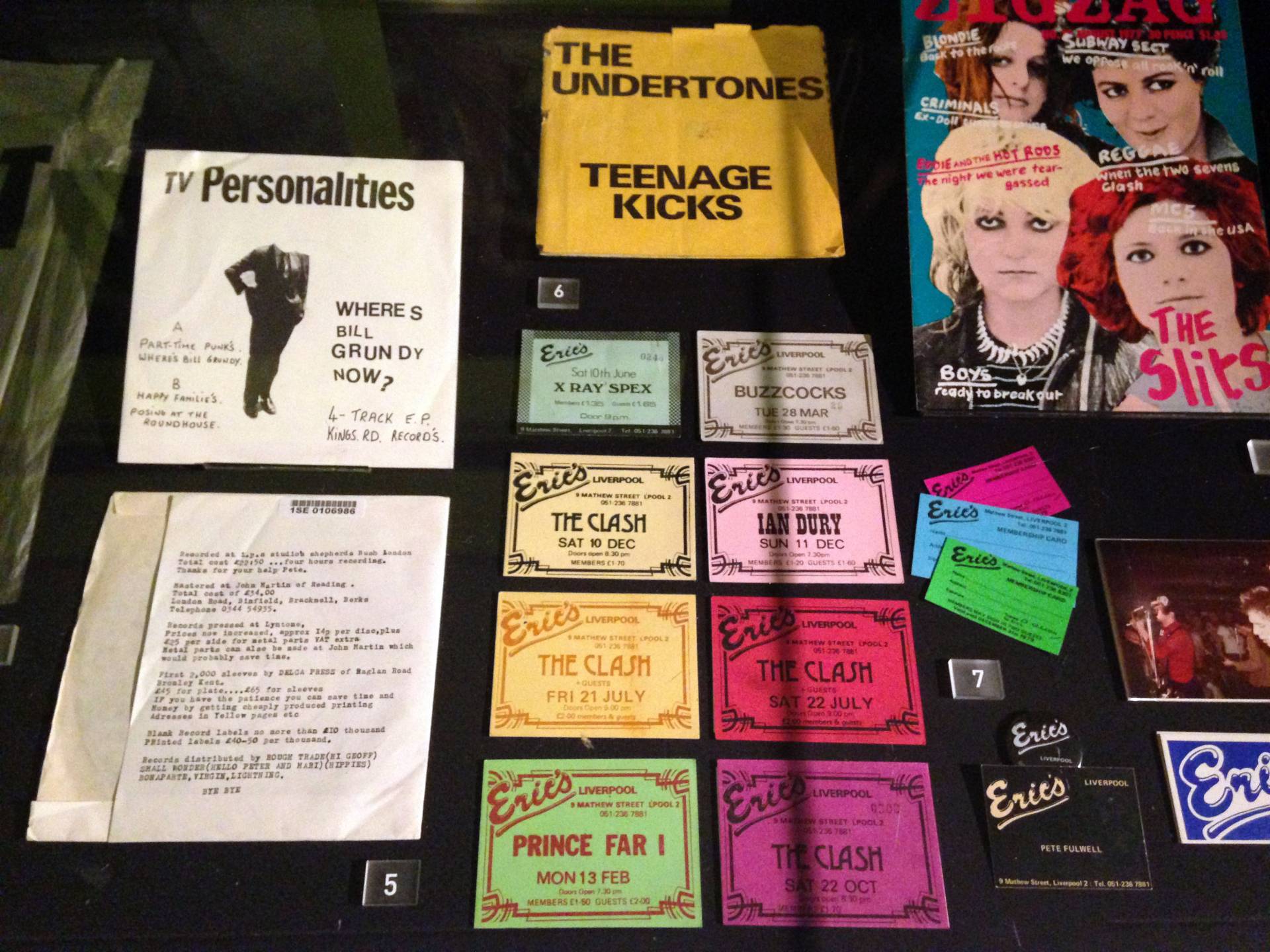 Wonky typography, random spacing and clashing colours – really, I shouldn’t like it, but I do. It has a certain charm and tells the story of people that wanted and needed to express themselves and used whatever means they had to just do it. You might have heard of Jamie Reid, famous for creating the God Save The Queen poster and many of the iconic record sleeves.

A lot of these pieces are from private collections, so will probably never be in the same room together again! It’s nice to think that these pieces of paper survived 40 years. Hoarders get a bad name for themselves, but if people don’t keep things exhibitions like this wouldn’t be able to exist! 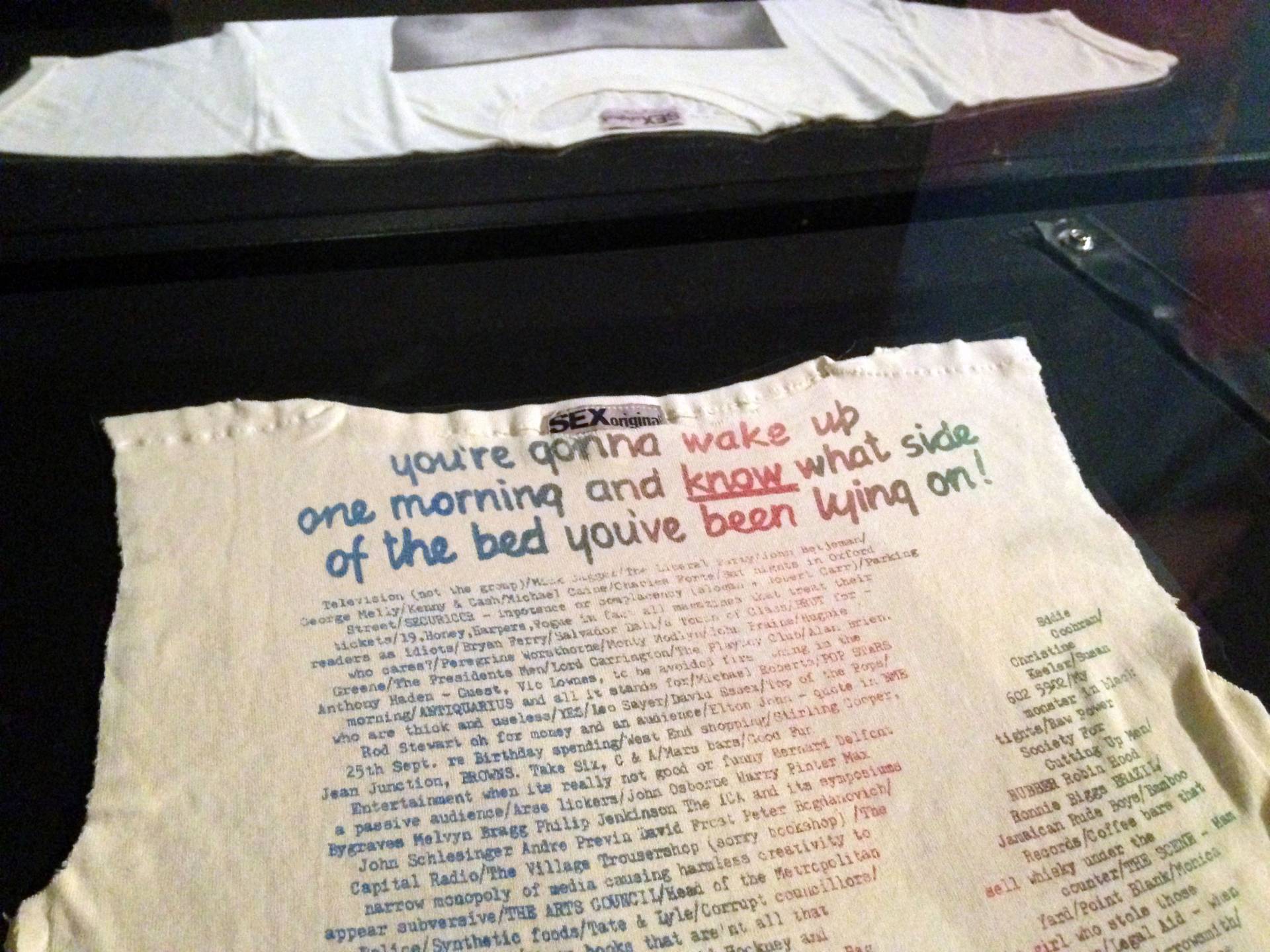 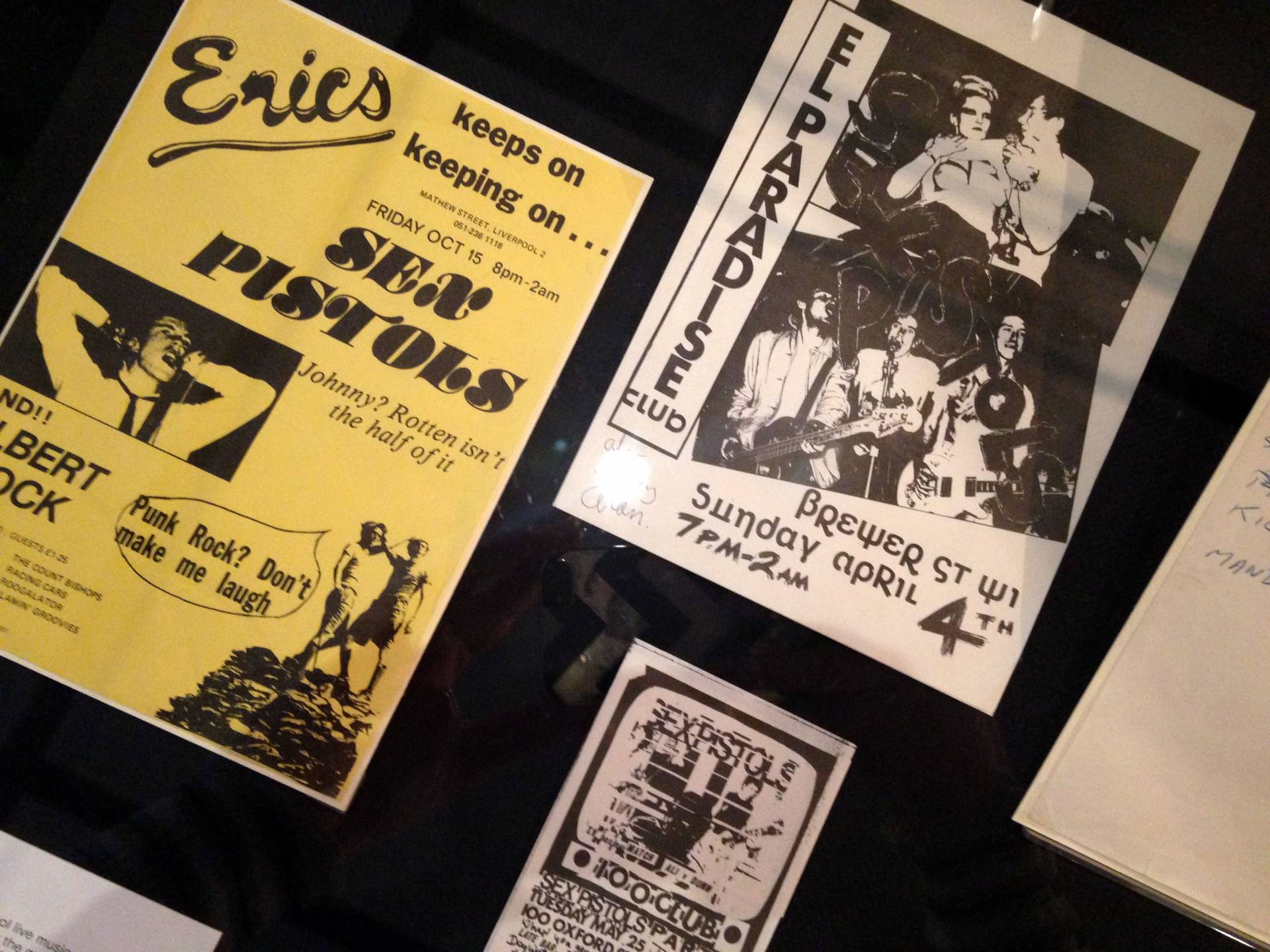 All of these were created using cut & paste and a photocopier – no fancy design process needed. Just black and white (well, and red and yellow). You might think that Punks were just rebellious for the sake of being rebellious, but actually were they onto something? The Sex Pistols were declared Young Business Men of the year with their misbehaviour to thank for it; record labels didn’t want to keep them because they were such a problem so they paid them off to get rid of them.

Even though this is the tip of the iceberg, covering just two years in Punk, this exhibition is filled with plenty to discover: 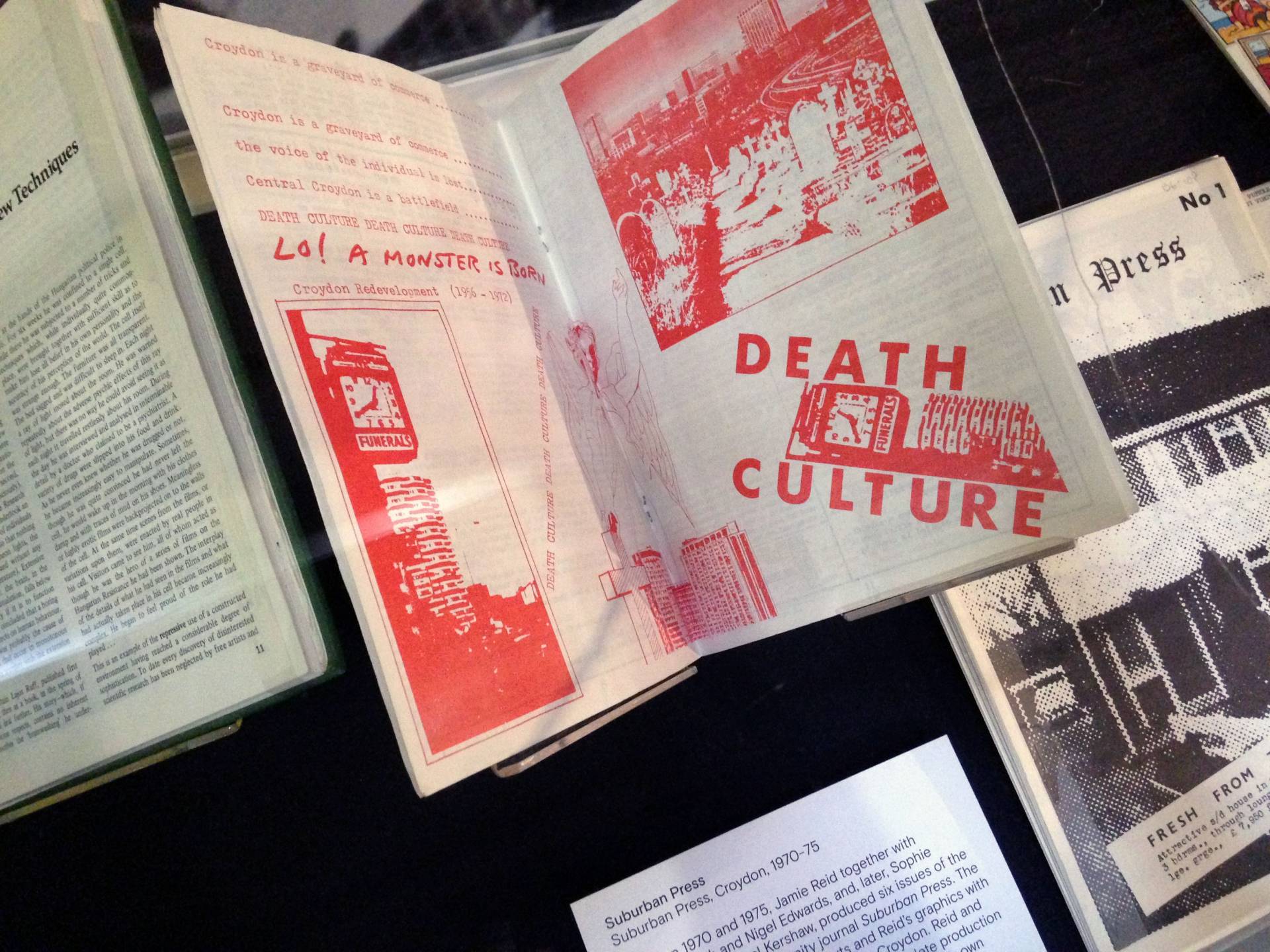 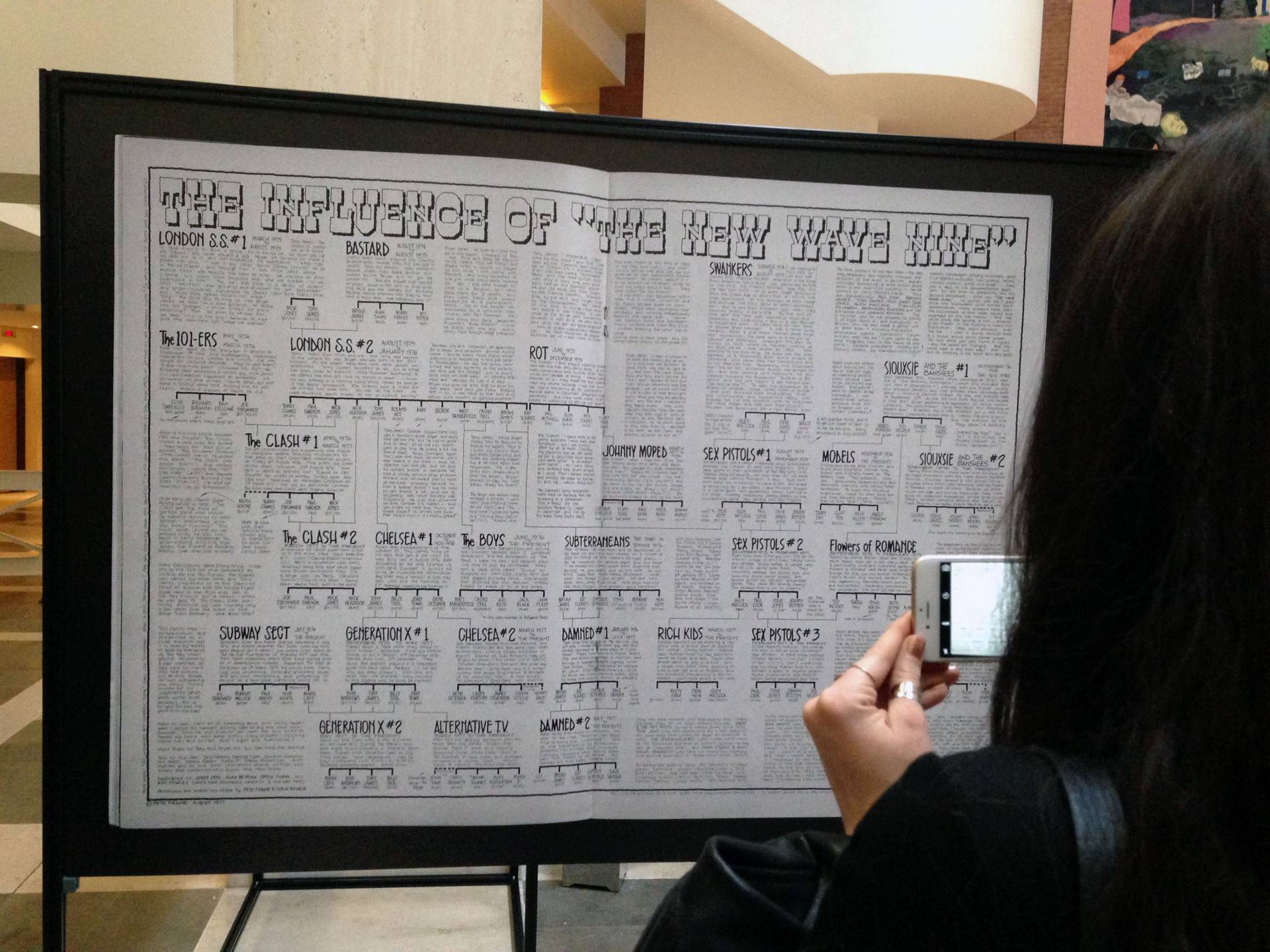 Alongside the exhibition, there is a punk themed shop with cool prints (including a photo of Vivienne Westwood’s ‘sex’ shop), books, signs and of course, records. As a vinyl n00b, I asked Charli and Sara to tell me about their relationship with buying, collecting and playing vinyl. 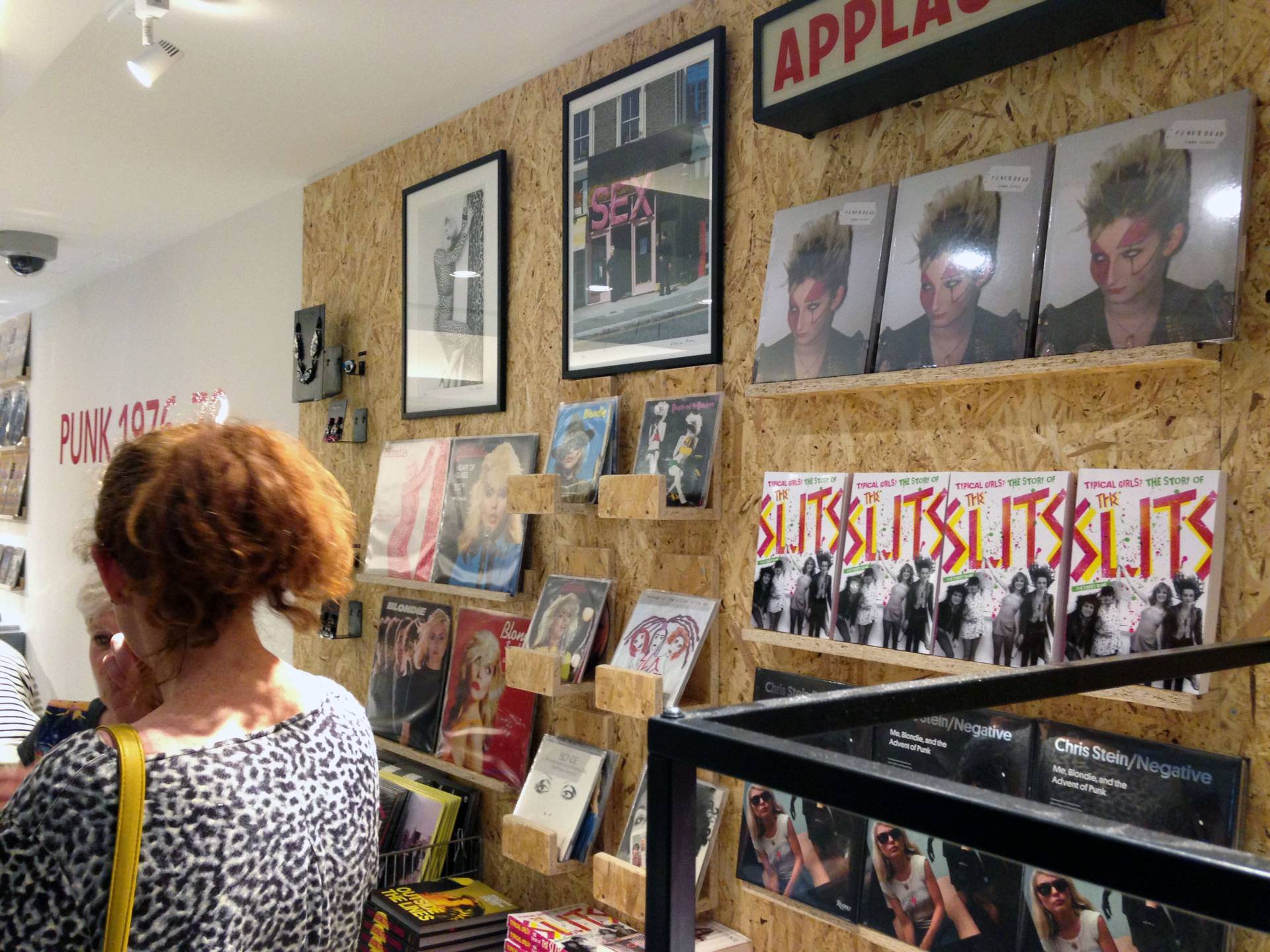 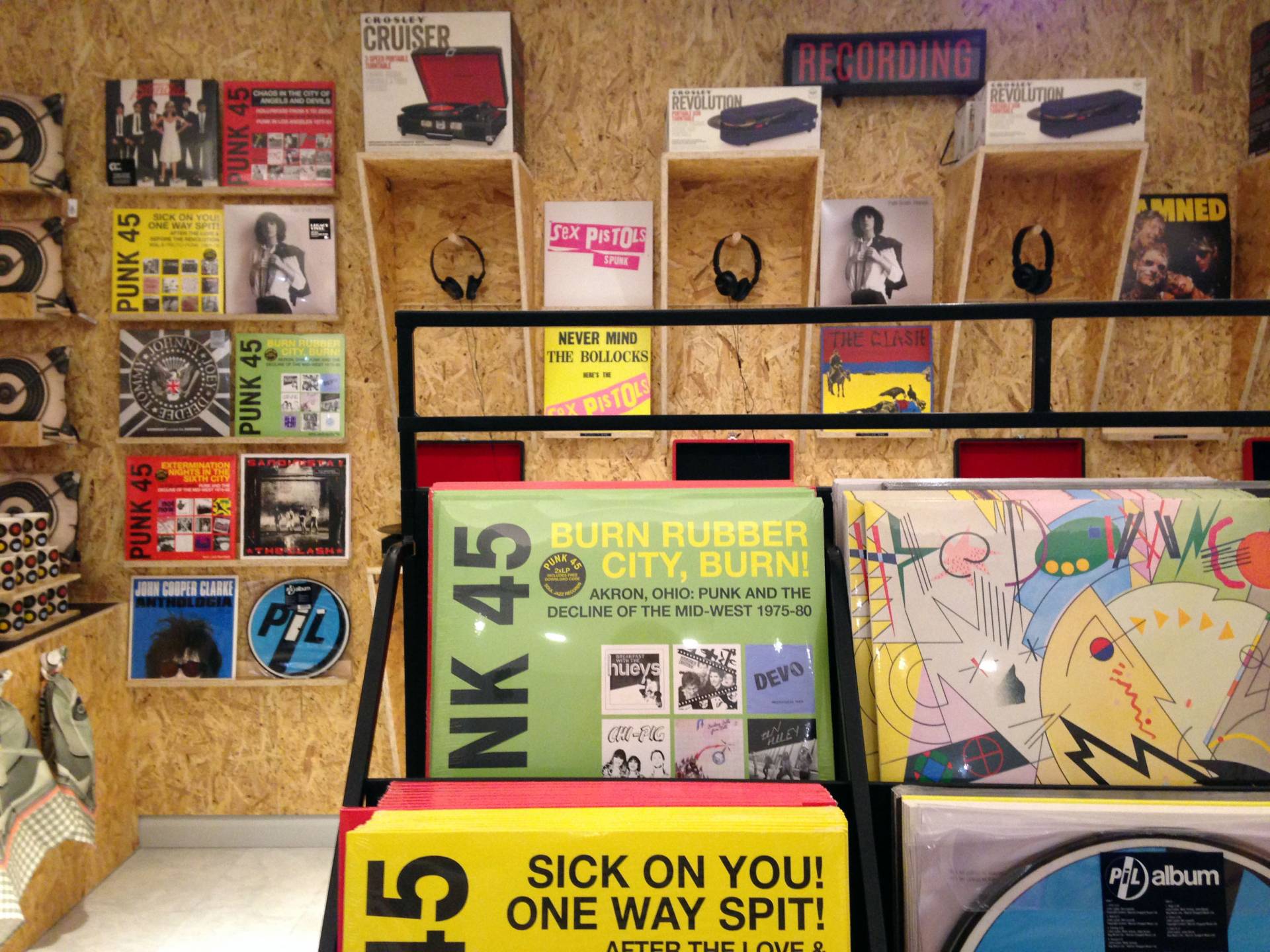 We lost Emma to the shop, but we managed to grab her for a quick photobooth session: 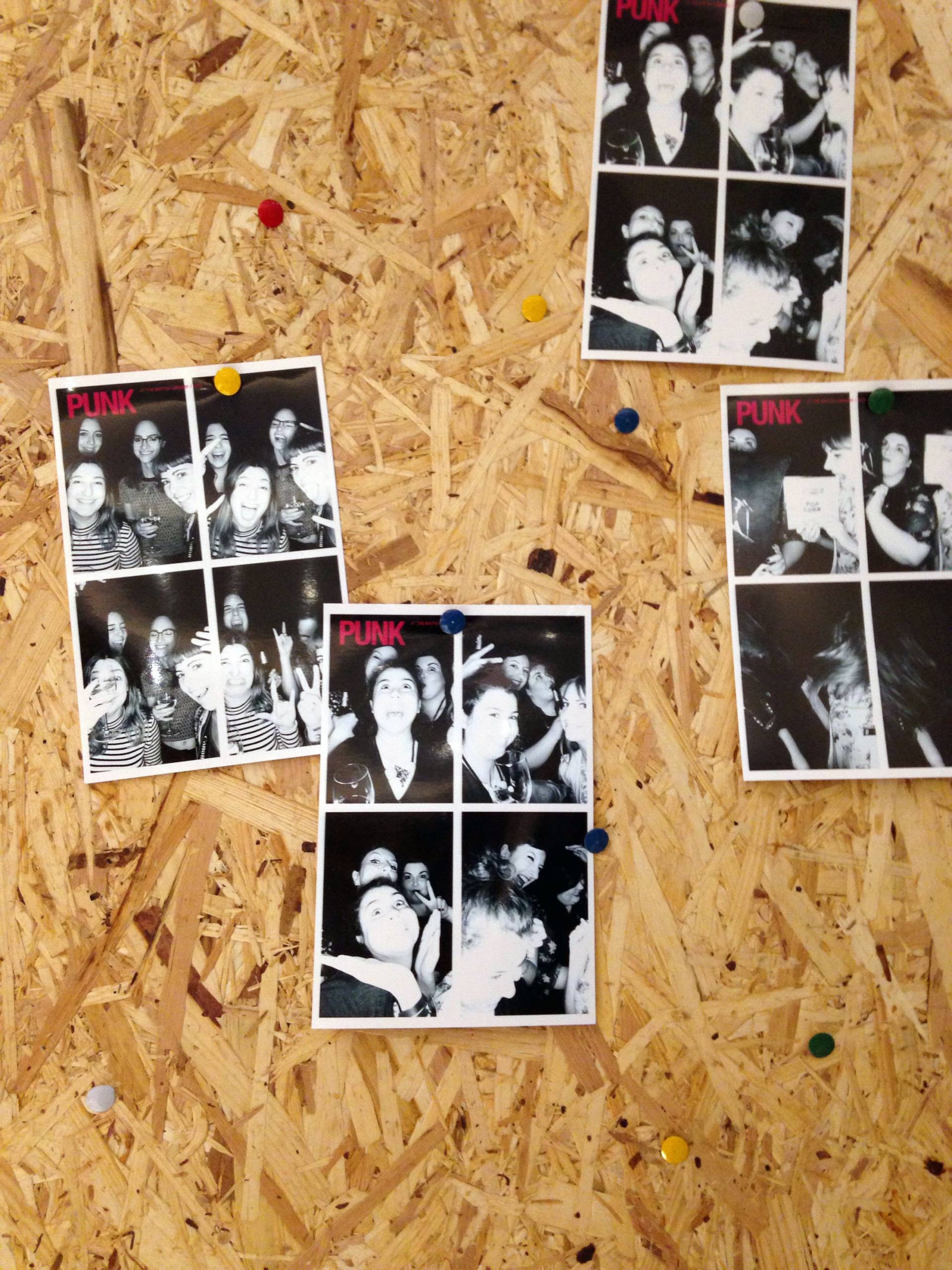 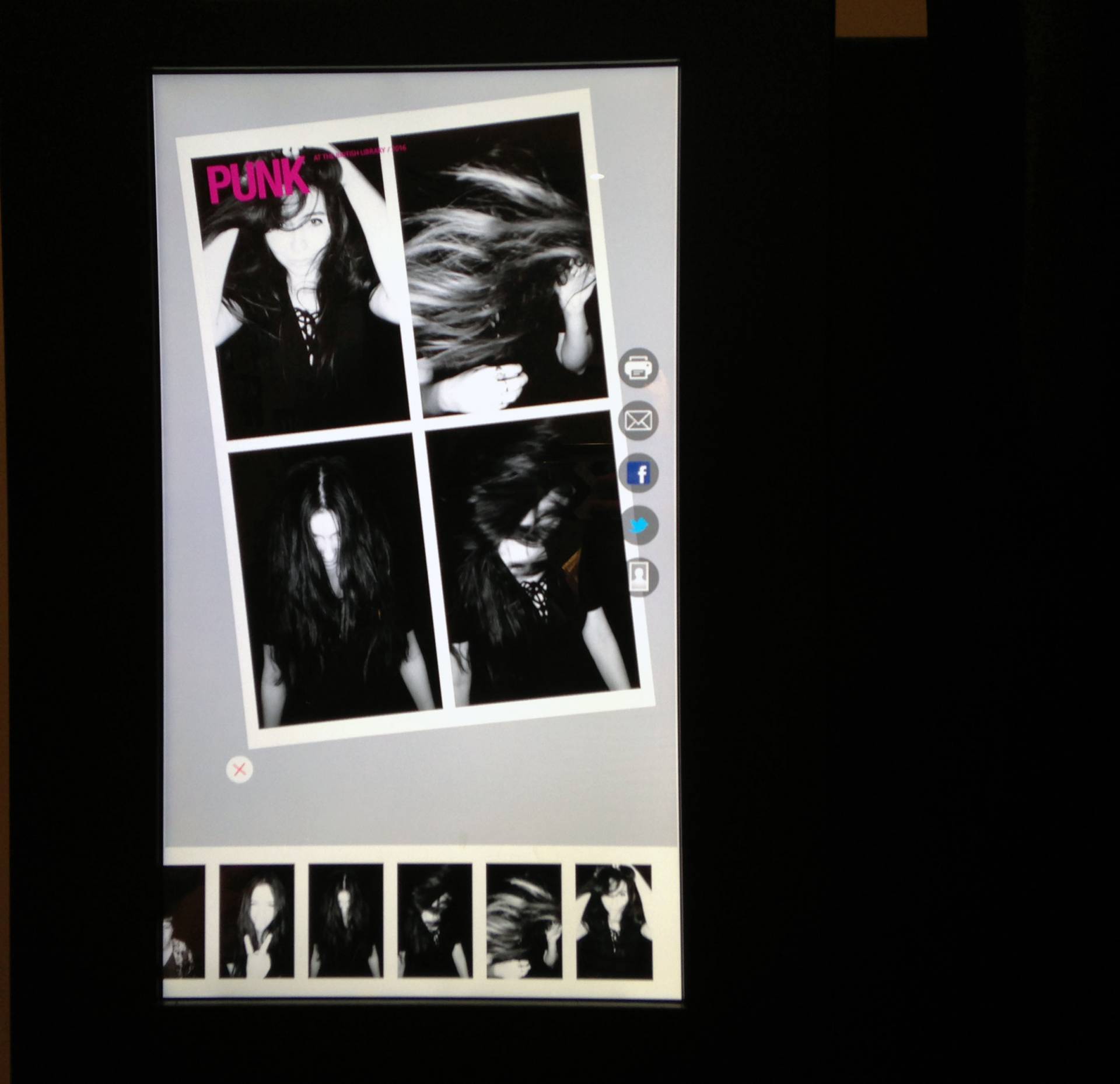 I really enjoyed travelling back in time and we all agreed that we felt inspired to create some zines! Punk 1976-78 is open until Sunday 2nd October 2016, so plenty of time for all you rebels to visit.

Why not inspire your inner punk – it’s free, of course. Because if not there’d definitely be a riot…