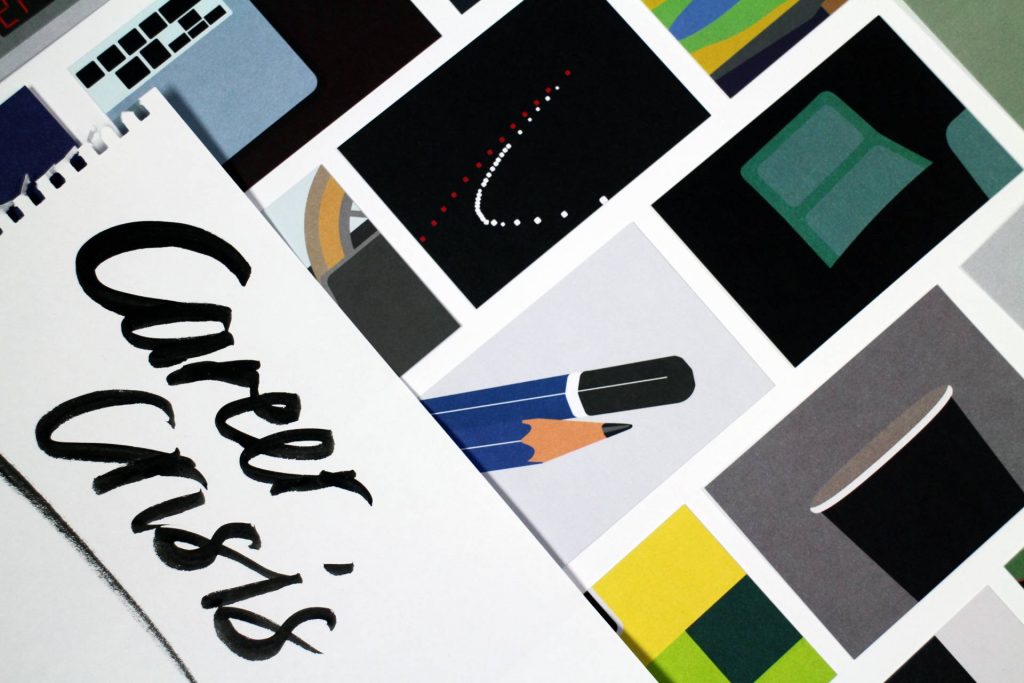 Not all those who wander are lost.

It’s quite a famous saying, but I’ll admit that I didn’t know where it came from until I just googled it. If like me you didn’t know; it’s from a poem by J.R.R.Tolkien – that guy that wrote Lord of The Rings. You must’ve known that!? 🙂

Even though I often say I feel a bit lost with my career, there’s always still a little voice of positivity in my head that says; ‘You’re not lost, you just haven’t got to where you’re going yet.’ And I do genuinely believe that – I’ve never really known what I’m ‘meant’ to do in my career. Some might say I’m having a career crisis; I don’t know if ‘my career’ even exists yet, and that’s the scary yet exciting part! But I do know that I’ll never know if I don’t keep trying – keep trying new things and jobs and people. I will keep wandering! Luckily I am too determined to give up… 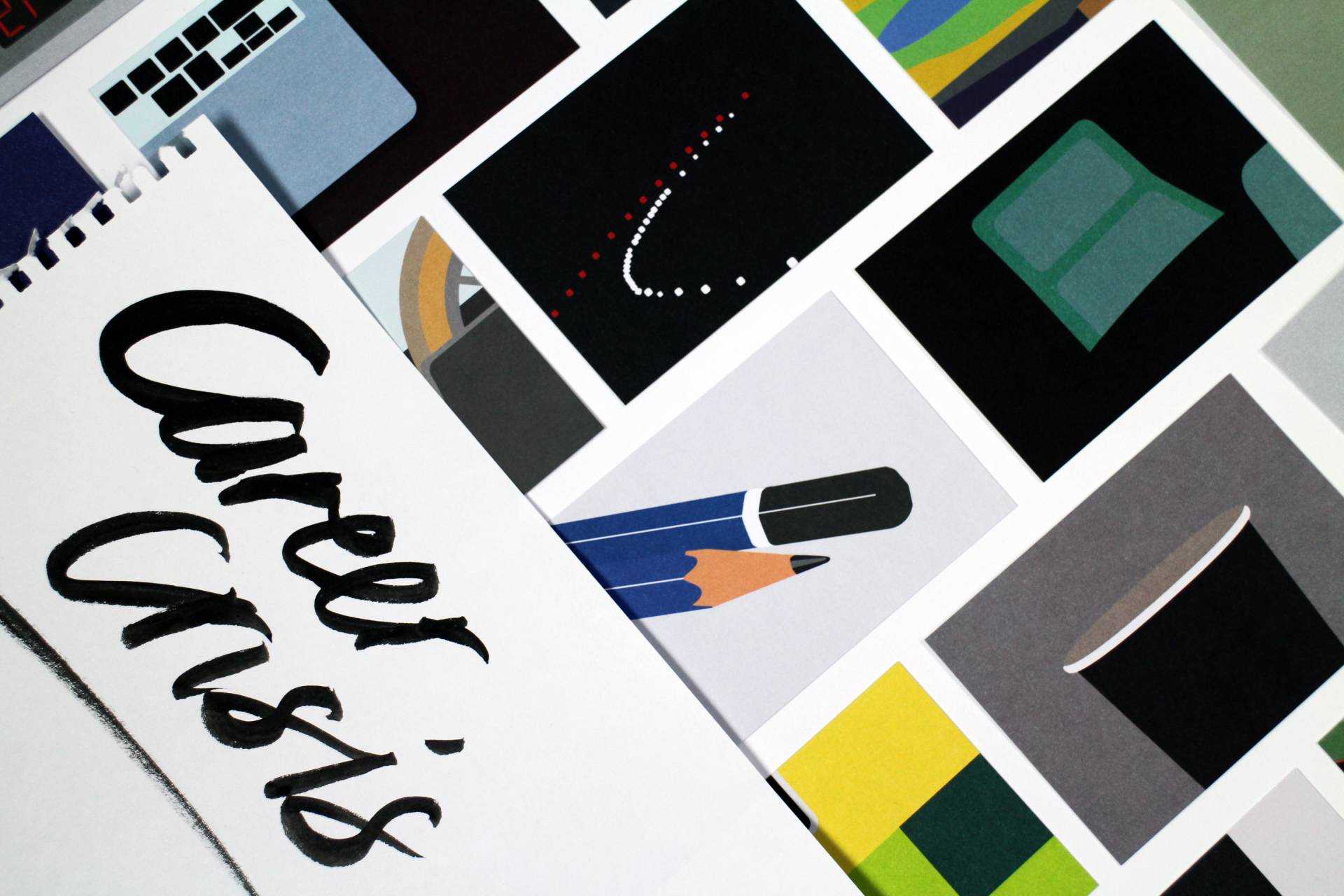 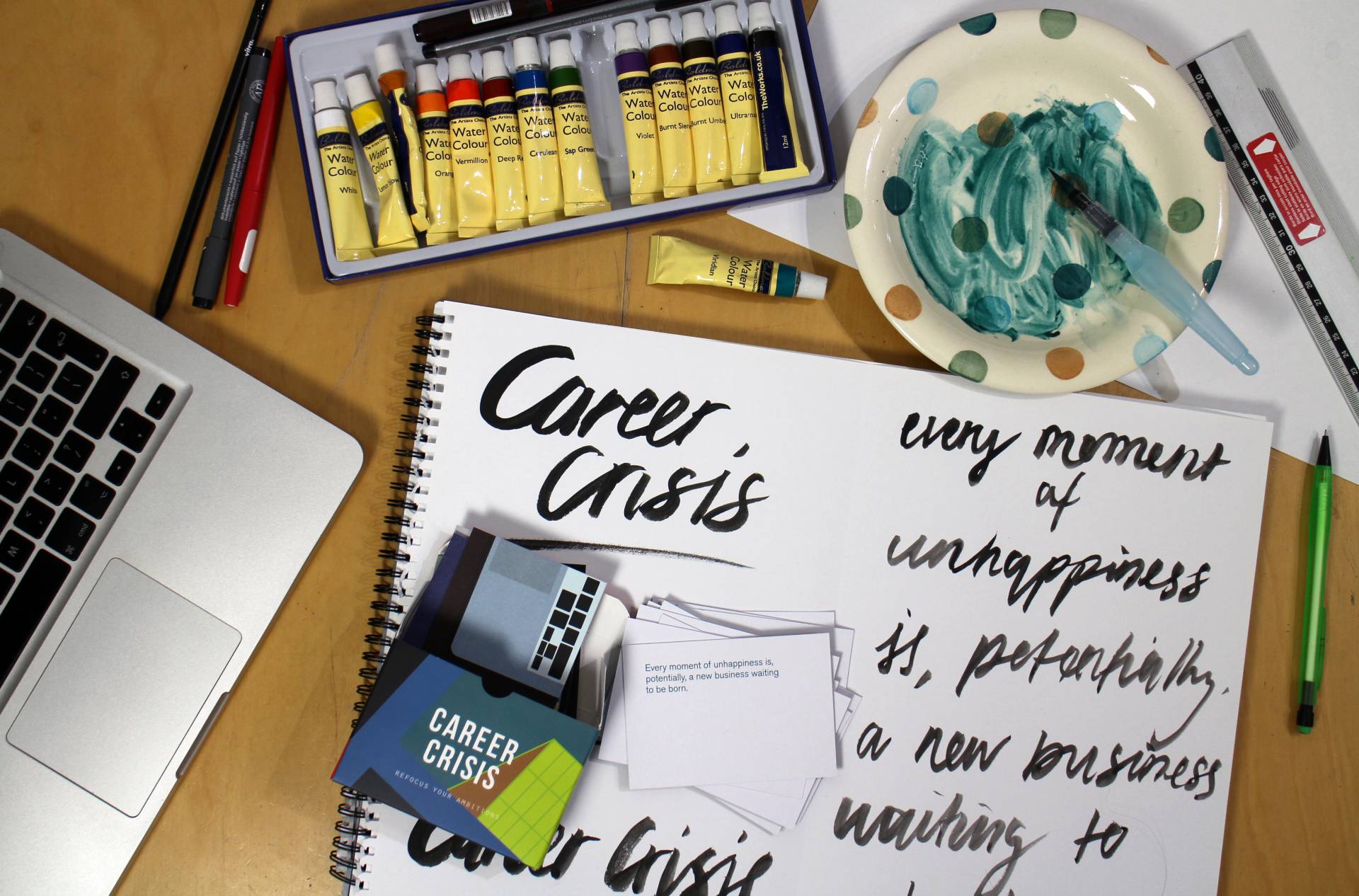 But we all need a helping hand sometimes, right? Recently I’ve been meeting with other creatives (for fun, company and advice) and found myself saying; ‘Can I have a mini version of you to keep in my pocket every day please?’ because they give me a little pep talk and the kick up the bum I needed. Unfortunately I can’t carry them around in my pocket all day, but I do need reassuring quite a lot. It’s linked to my inability to make decisions about creative things… which is linked to my procrastination. 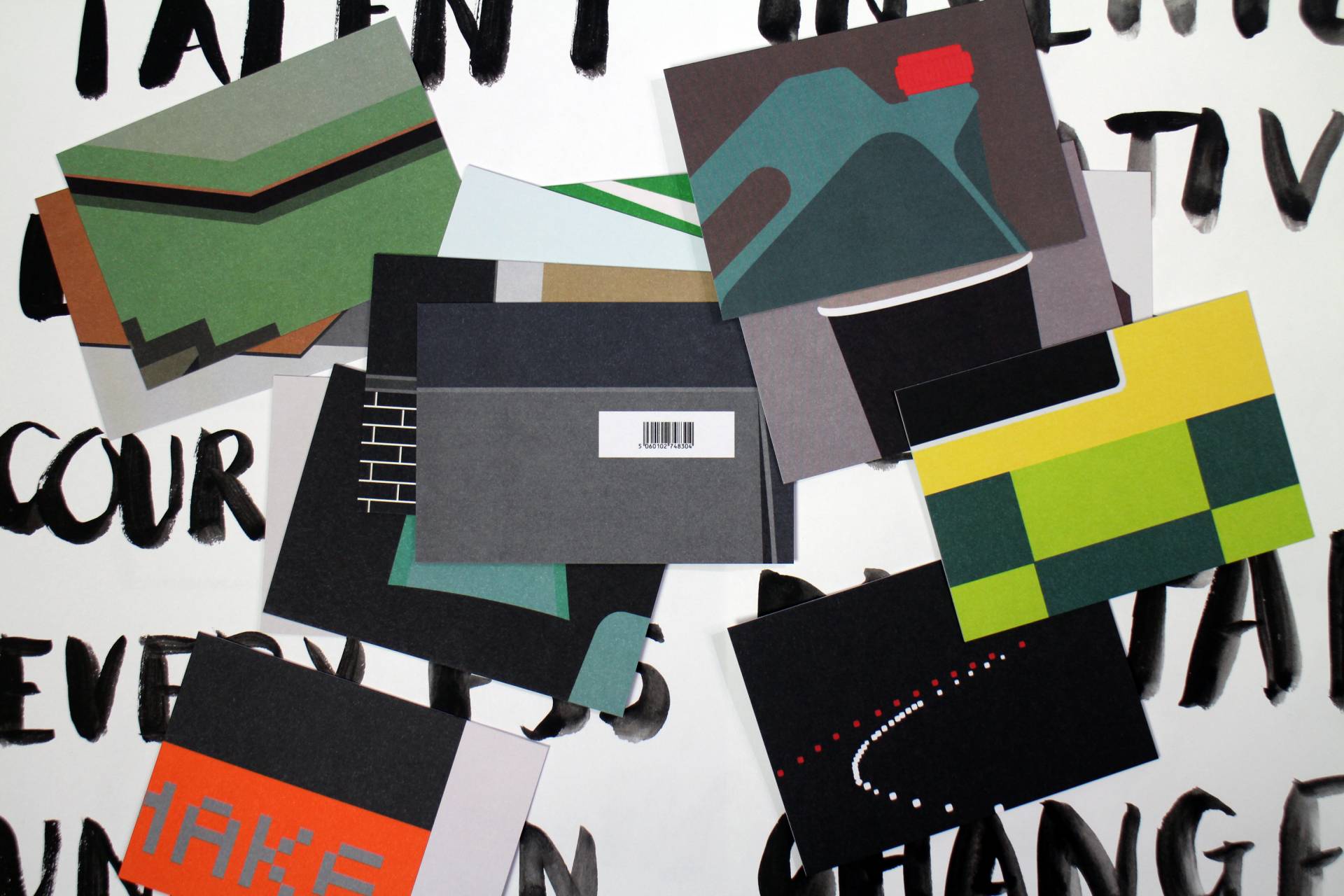 Nobody’s perfect and luckily, as I’m aware of my downfalls, I’m trying to combat them (I’m going to an ‘Overcoming Procrastination’ workshop at The School of Life actually). To eliminate any opportunity for me to freak out and procrastinate, I’ve been using the Career Crisis cards to reassure, challenge and keep my mind on track when I start to doubt.

With the cards there’s little room for me to doubt, unless it’s something I don’t agree with. In the pack of 60 prompt cards there are a variety of quotes, facts, questions and activities;

‘Stop thinking of jobs you might want to do – and start to think of qualities in jobs. In short, not ‘Graphic Designer’ or ‘Teacher’ but words like: creative, leadership, meaning, calm, team-spirit.’ – For this I chose words including: creative, collaboration, variety, flexibility, support.

‘Change begins when the fear of not acting at all at last outstrips the paralysing fear of making a mistake’ – This one REALLY resonated with me. I often leave things right to the last moment because I’m scared they won’t be as perfect as I imagine in my head.

‘In 1700, in Western Europe, there were some 400 different kinds of jobs you could choose from. Nowadays, there are approximately 500,000. No wonder we sometimes have a bit of trouble settling on what we might want to do.’ – OH, so THAT’S why I’ve been finding it so hard. I’m glad there is more variety nowadays but to put yourself into a box for the sake of it, just doesn’t make sense to me. 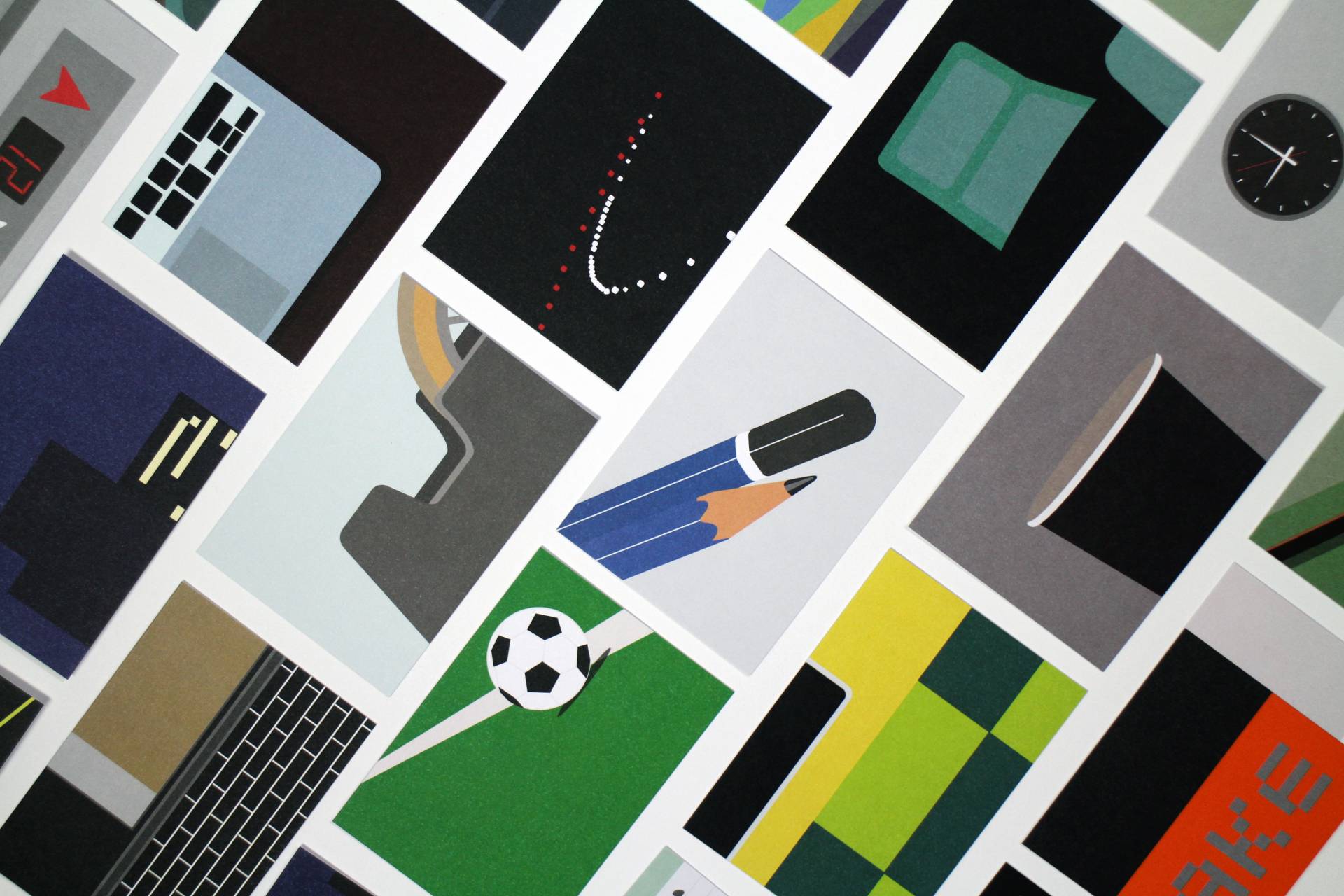 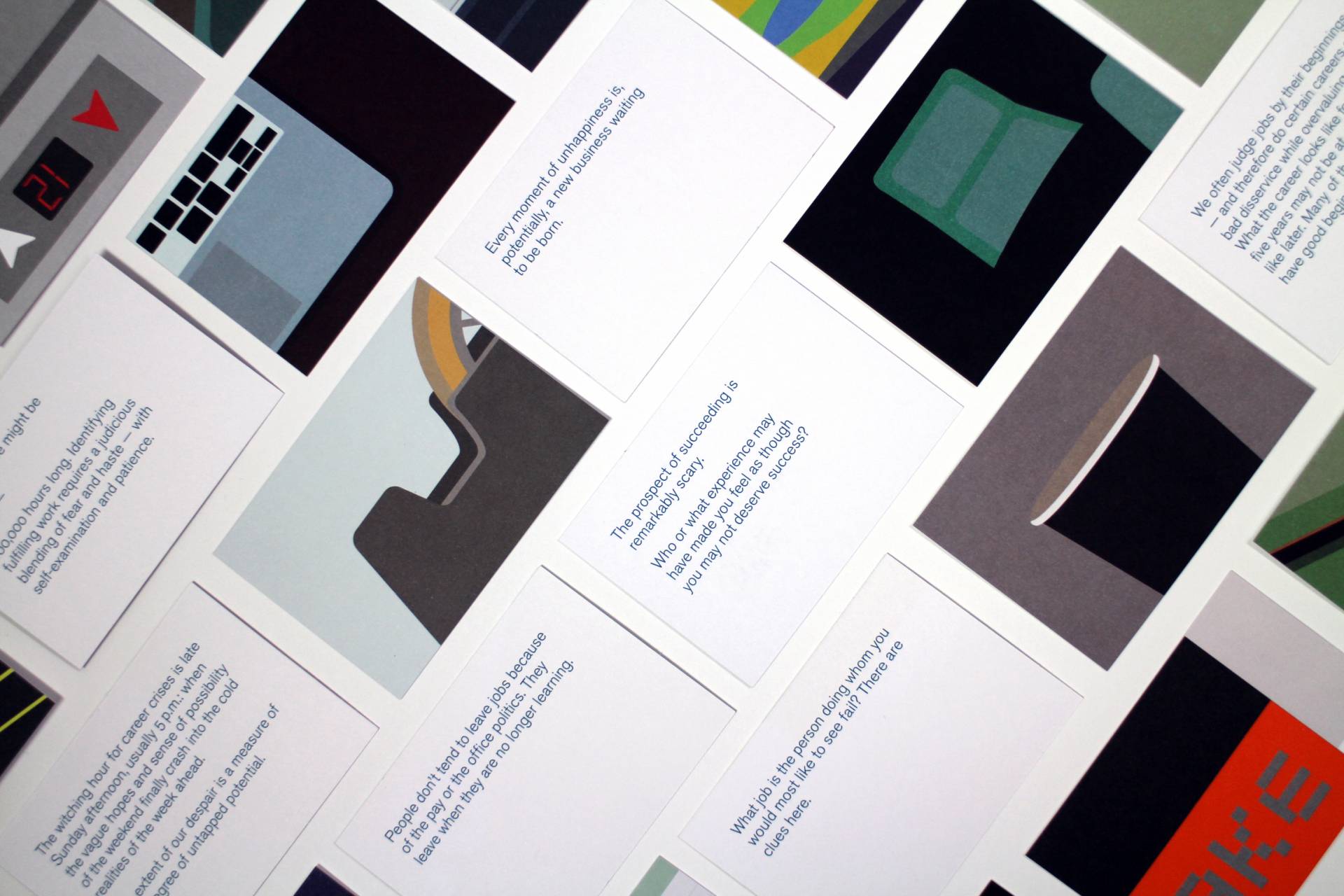 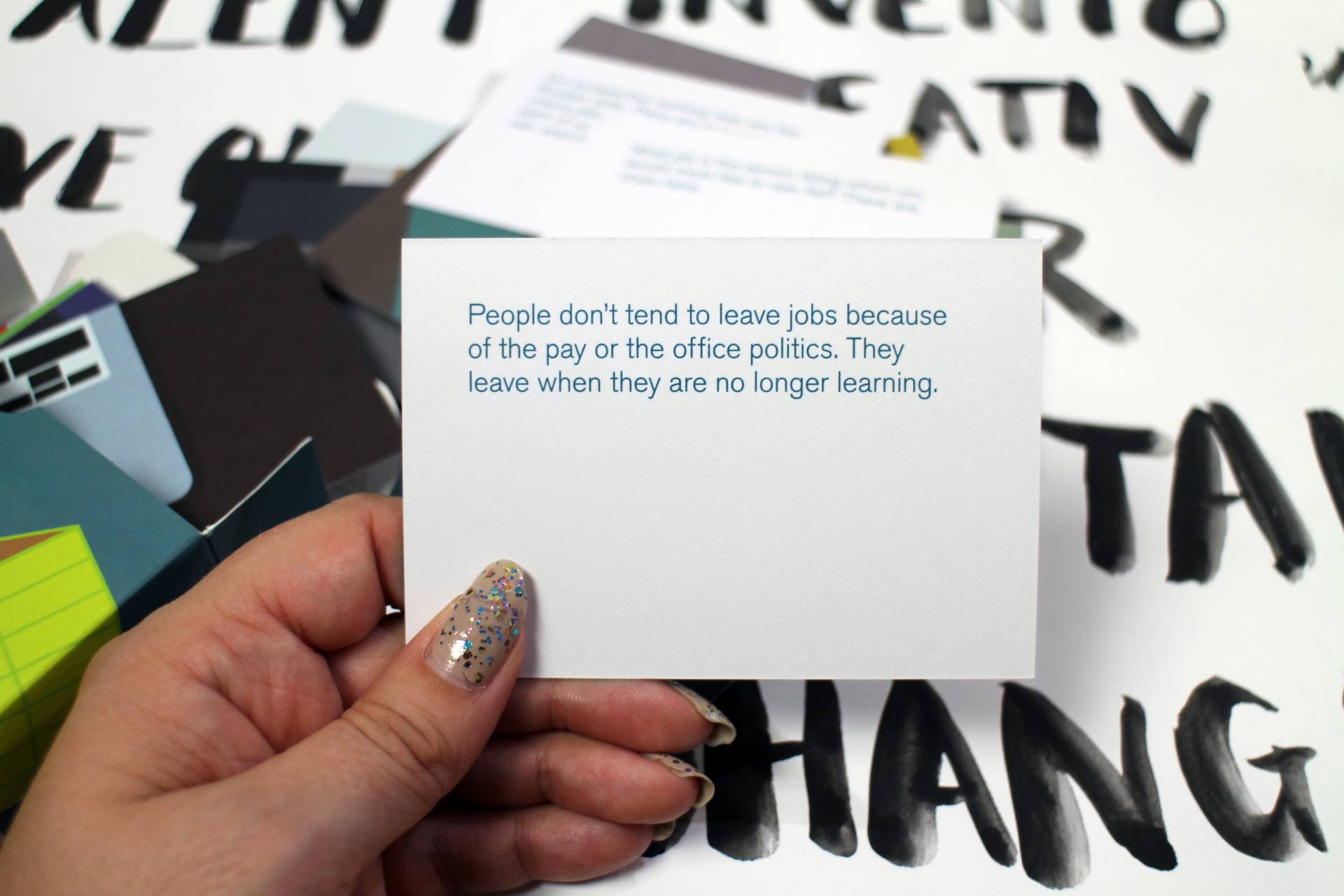 When I came across this card, I shouted ‘YES!” out loud (I was home alone, so just the neighbours to judge me):

‘People don’t tend to leave jobs because of the pay or office politics. They leave when they are no longer learning.’

I totally relate to this, and some of you might remember when I quit my well paid, comfortable job back in October 2015? I hadn’t been happy for months – feeling like I wasn’t progressing, being challenged or valued as a designer. I can’t remember if I shared this at the time, but my day mostly consisted of Pinterest, Photoshopping textures/ bottles/ mannequins onto visuals for the interiors team or running errands. The final straw was when, I’d been part of the team for almost 1.5 years and there was a more junior member of staff ‘below’ me, I was asked to do a lunch run for the team. I honestly have no problem doing errands and helping people (I love to help, and I guess that’s one of my downfalls sometimes – being too nice) but that was the moment that I realised I wasn’t in the right job anymore. How was that valuing the skills that I’d developed and practiced for 18 months?

I was SO scared (and did look for other jobs to move to), but I knew that I HAD to get out of that studio. I quit… and you know the story from then onwards (if you don’t, read it here). They didn’t try to stop me leaving; even my boss said he knew it was time for me to move on. It’s been almost a year since I worked there now, WOW! 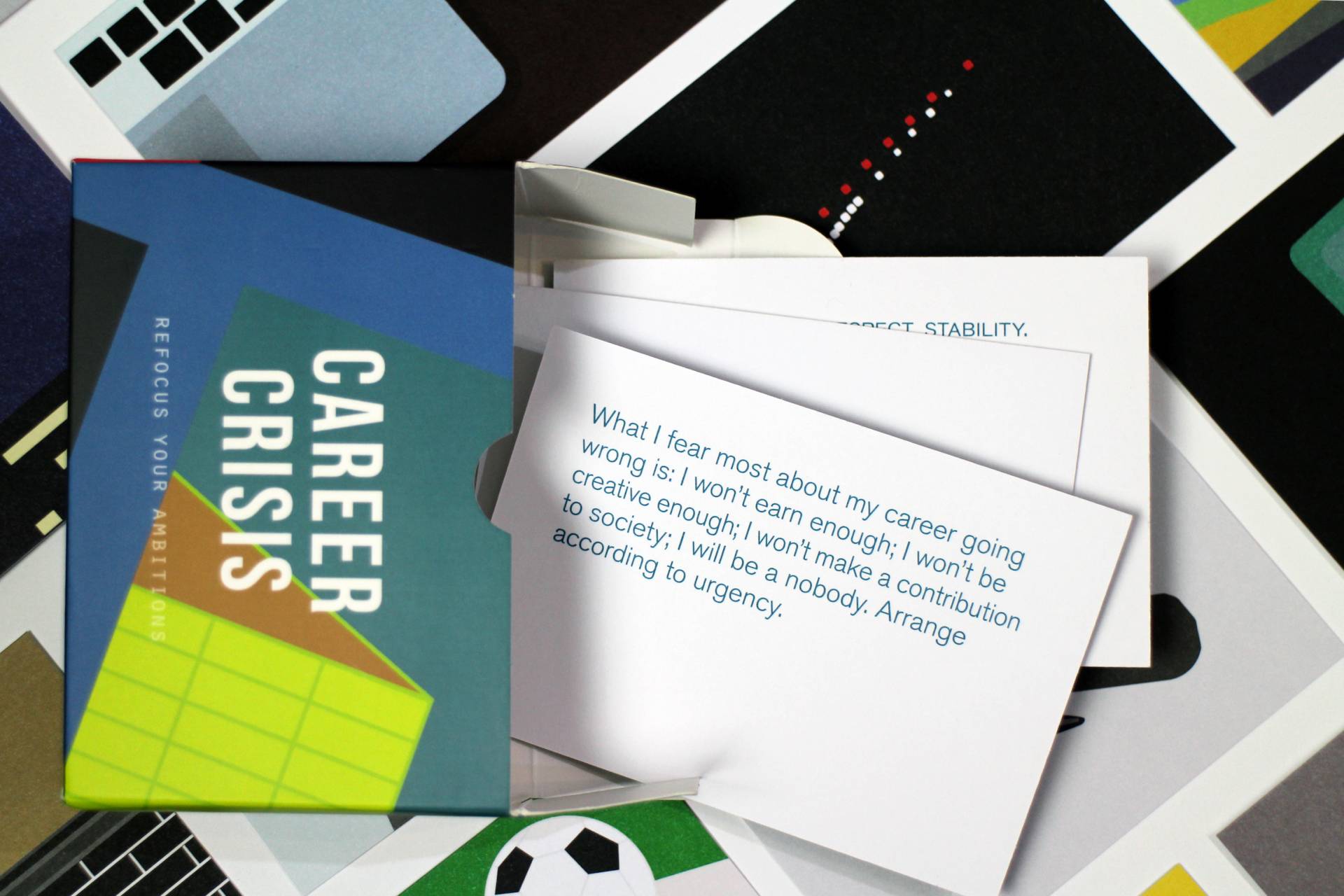 And that was a very unexpected turn in my career! There was no way I’d ever have quit a job with nothing else to go to – if you’d told me that whilst I was at Uni I’d have laughed in your face. But as scared as I was (and I was SO SO scared), the safety of a salary just wasn’t enough to keep me there anymore.

What I fear most about my career going wrong is… Arrange according to urgency;
1. I won’t be creative enough
2. I won’t make a contribution to society
3. I won’t earn enough money
4. I will be a nobody

A lot of people probably thought I was so stupid, but I knew I had to do it for my sanity. I’m not really motivated by money; sure, I need it to live but I’d much rather be poor and happy (which is good, because that’s where I am right now ha) – P.S. I’m available for Freelance design, social media, writing etc. Drop me an email. I don’t regret leaving but I don’t regret staying too long either, because I became aware of what I had, what I didn’t have and what I could have;

‘Every moment of unhappiness is, potentially, a new business waiting to be born.’ 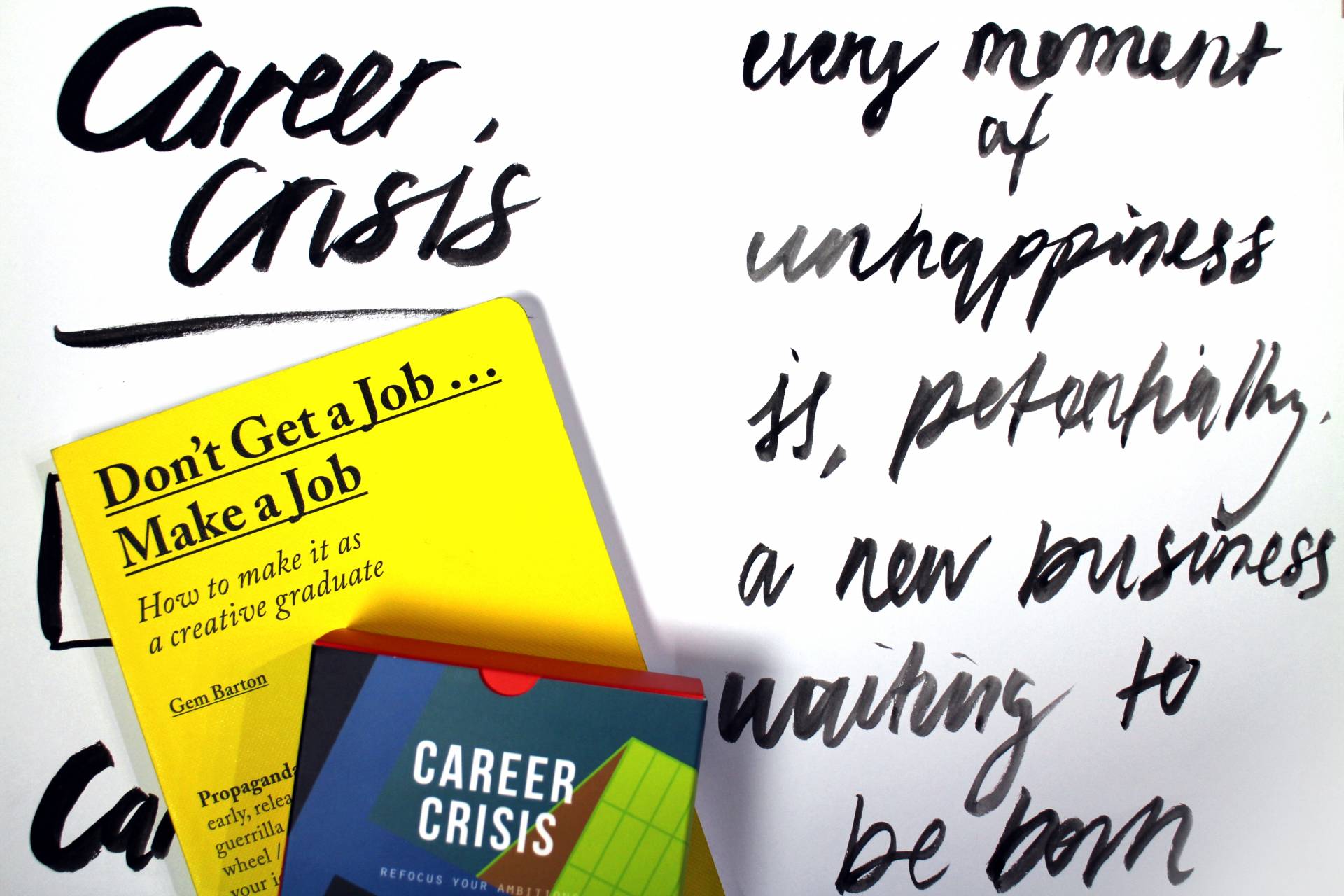 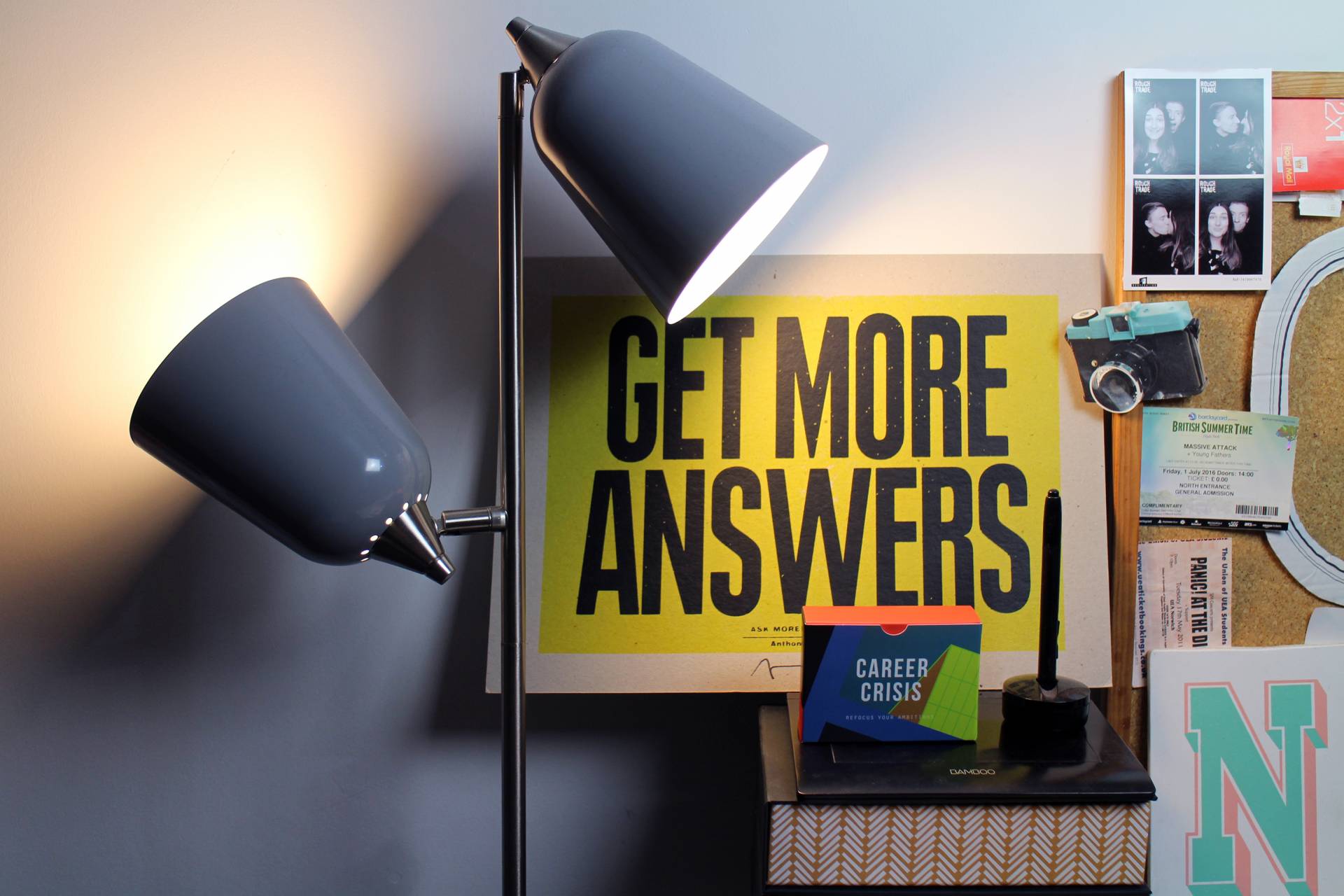 For now, I’ll just keep that little box of sunshine to the side of my desk incase I need a pep talk. It’s always within reach, just like my career dreams 😉 (And let’s not forget Don’t get a job… Make a job, too)

What I’m learning is that life is just one big game. You can ‘play it safe’ as society tells you to, or you can be stuck ‘in jail’ and keep rolling for that 6 for the opportunity to one day hustle your way to something different. Something you love!

Do you like the idea of the Career Crisis cards? Maybe you’re going through a career crisis and need a pep talk? Drop me a tweet & I’ll pull a prompt card just for you <3

I was kindly sent the Career Crisis cards by The School of Life, but only after I’d expressed how much I needed them… and so as always, this post is 100% my honest opinion