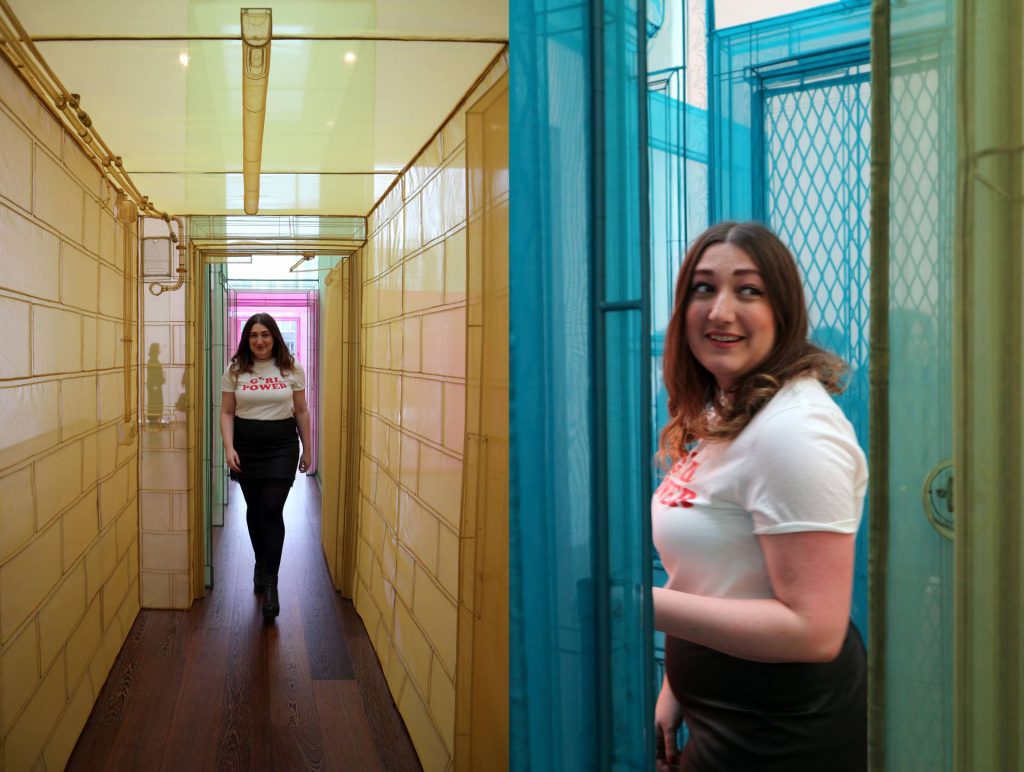 Growing up, I never really liked stereotypically ‘girly’ things; pink or teddy bears or Disney. I wasn’t bothered about make-up or planning my dream wedding in the future, instead opting to play football with the boys at lunchtime. Other than the obvious physical differences at this time, aged 9, I didn’t really think about how life was different for boys and girls. 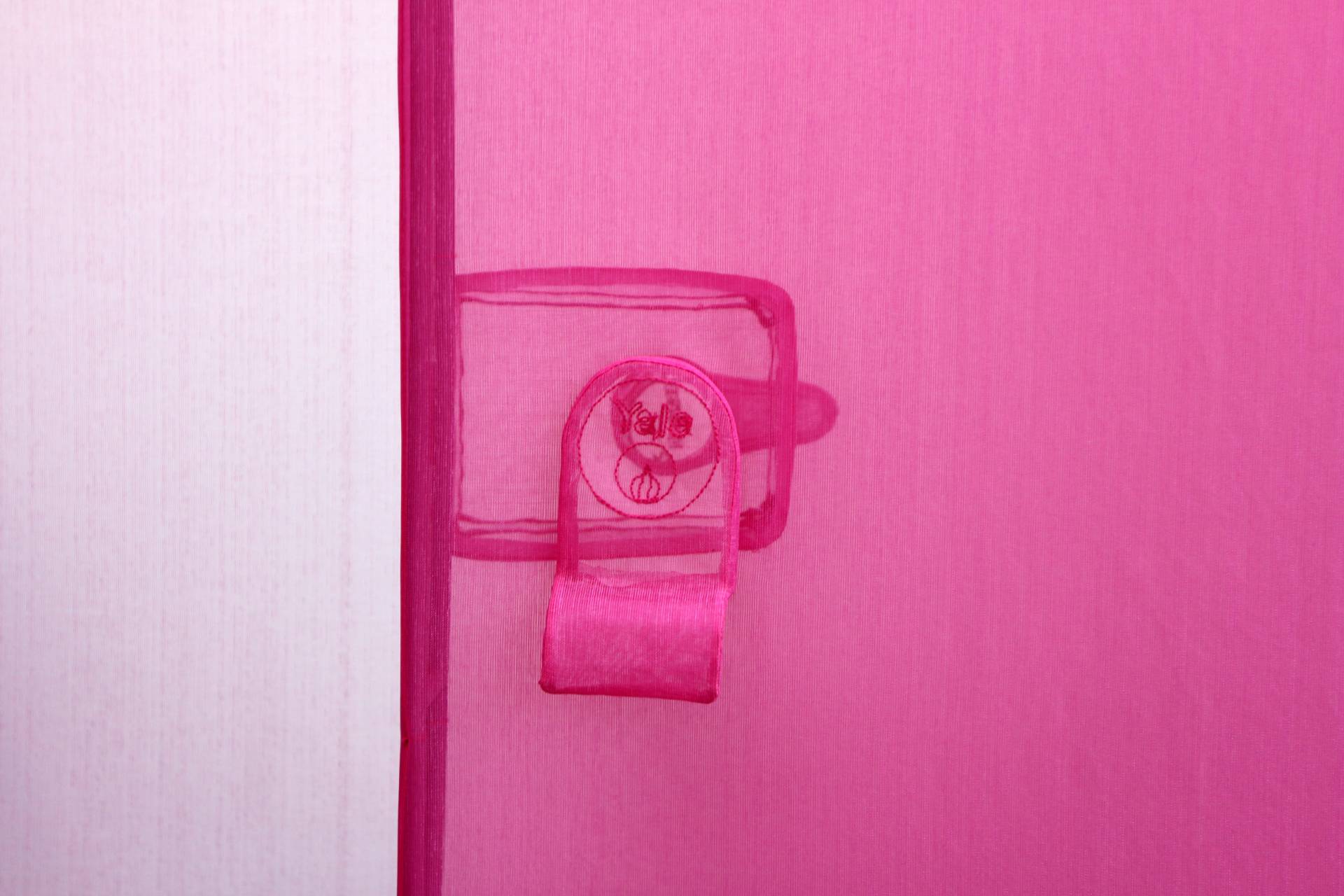 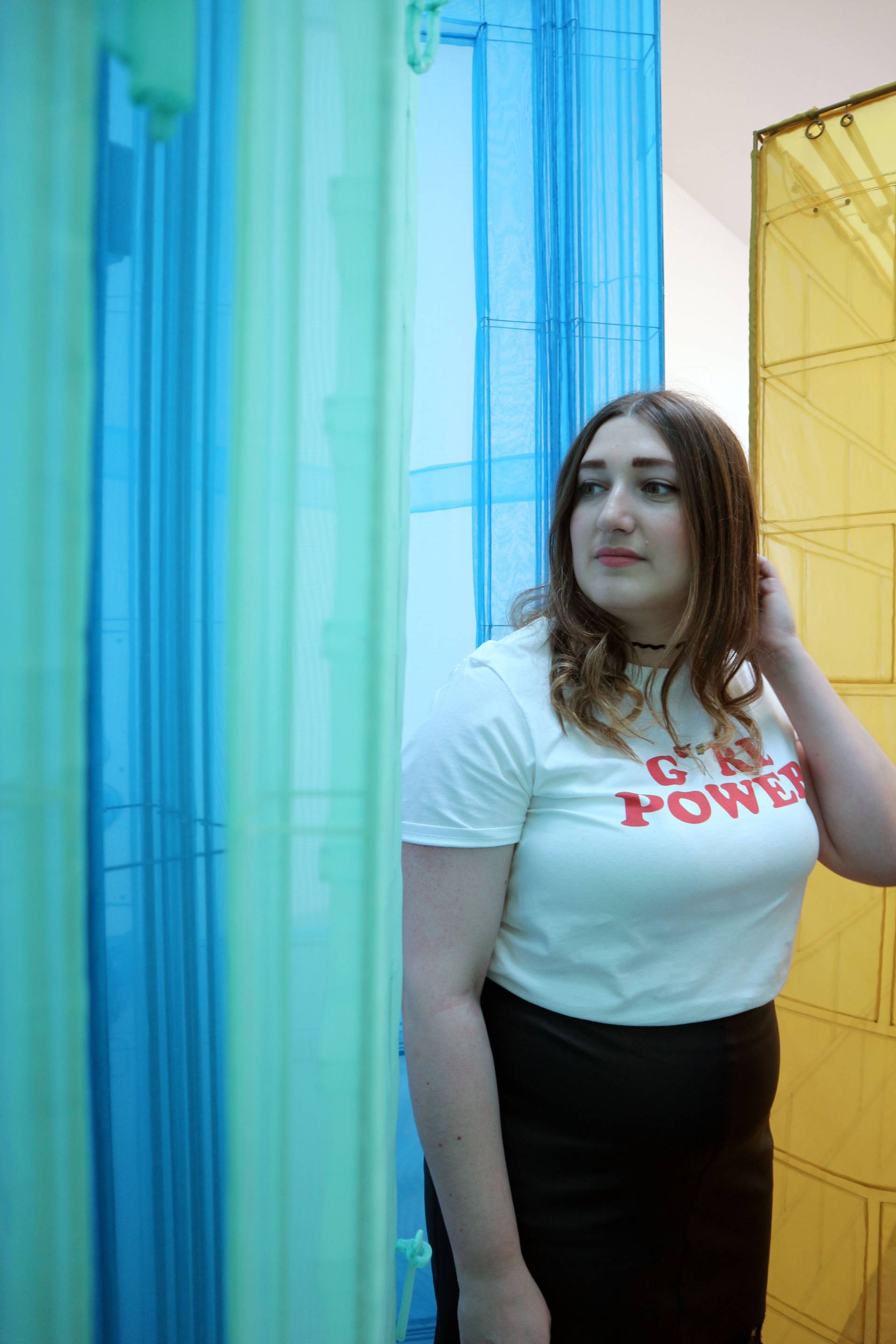 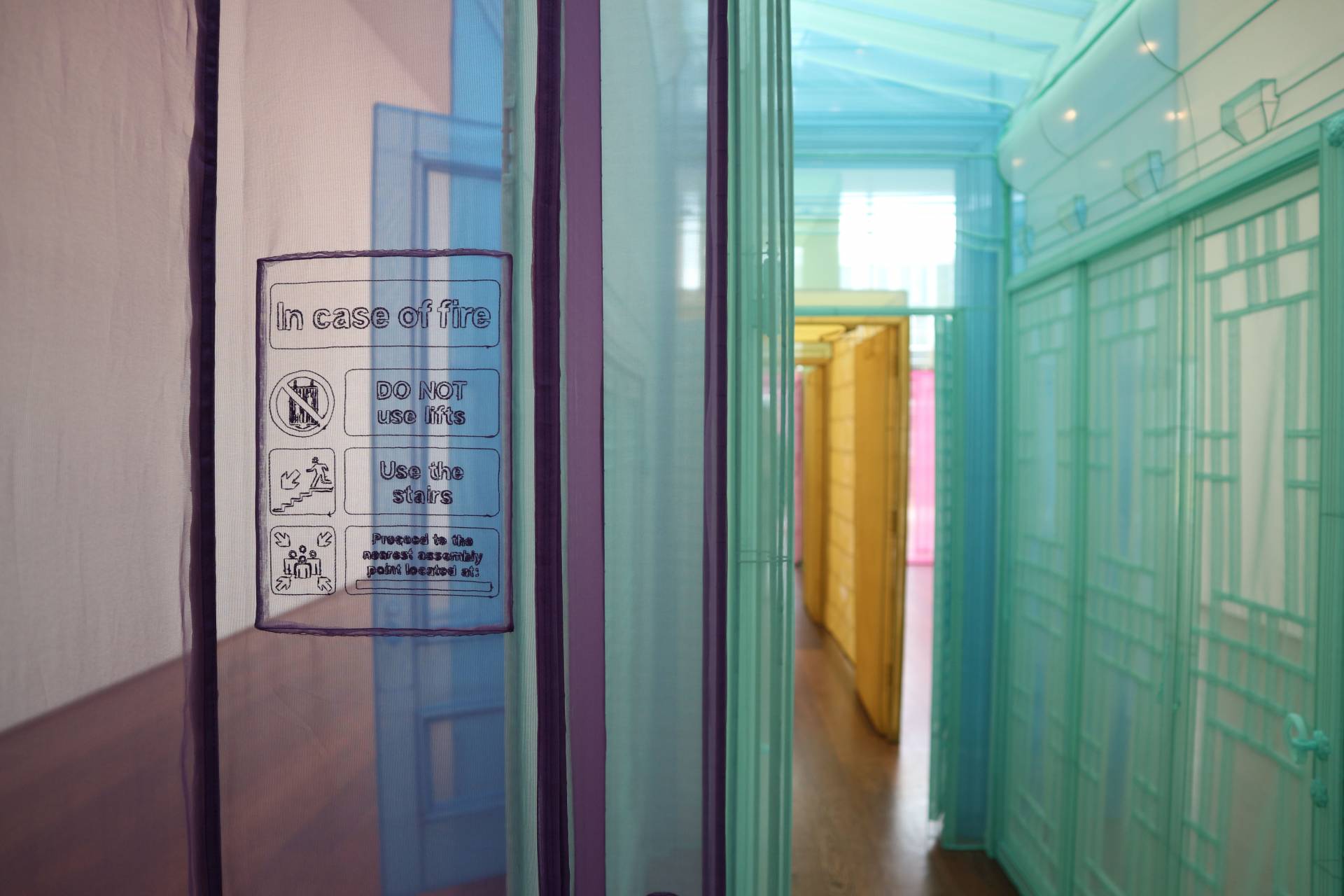 Portraits by the lovely Ella Masters
Tshirt from Teespring

Last week I visited the Do Ho Suh exhibition at the Victoria Miro gallery; ‘Passage/s’. I was drawn to the exhibition by the rainbow of colours, but the artist’s theme actually got me thinking about more.

Suh talks about how: “I see life as a passageway, with no fixed beginning or destination. We tend to focus on the destination all the time and forget about the in-between spaces. But without these mundane spaces that nobody really pays attention to, these grey areas, one cannot get from point a to point b.”

‘Passage/s’ is about migration, transience and shifting identities – it’s a very detailed replica of the architecture of the places Do Ho Suh has lived and worked in. And so, with International Women’s Day coming up this week, I began to think about the point a that got me to this point b, and will carry me on to point c in the future.

So let’s talk Girl Power. Like many young girls growing up in the nineties, I loved the Spice Girls; the music, the fashion, the ‘we can take over the world’ attitude. Obviously now I know about manufactured bands etc but at the time it was the first time I recognised strong females who were individuals, rather than all talking, walking and dressing the same way. Inspired by these 5 ‘girls’, I moved on from playing football with the boys to developing dance routines and drew catalogues of Spice Girls inspired outfits in preparation for my successful career as a fashion designer. (I still have the catalogues btw – it could launch yet ha) 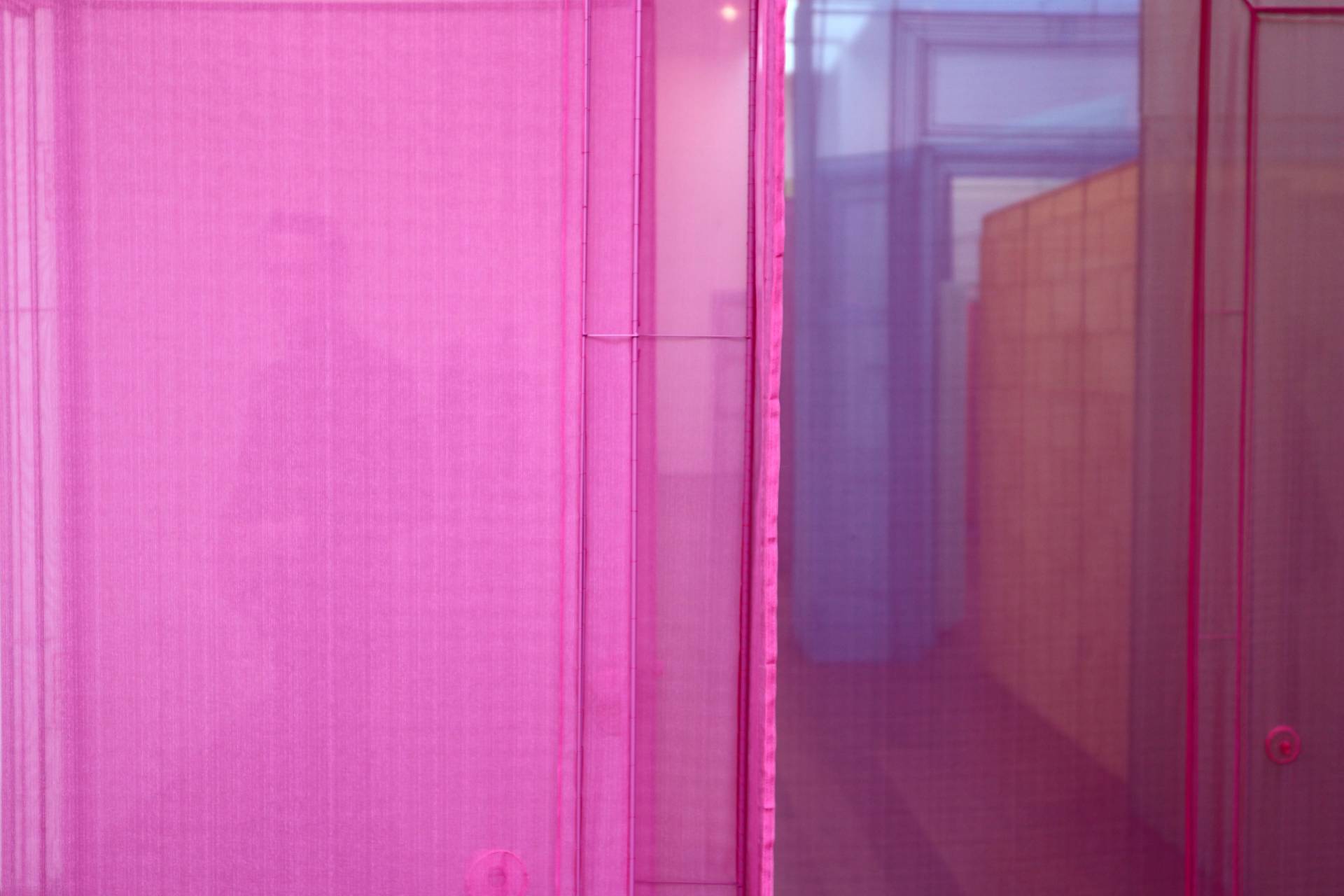 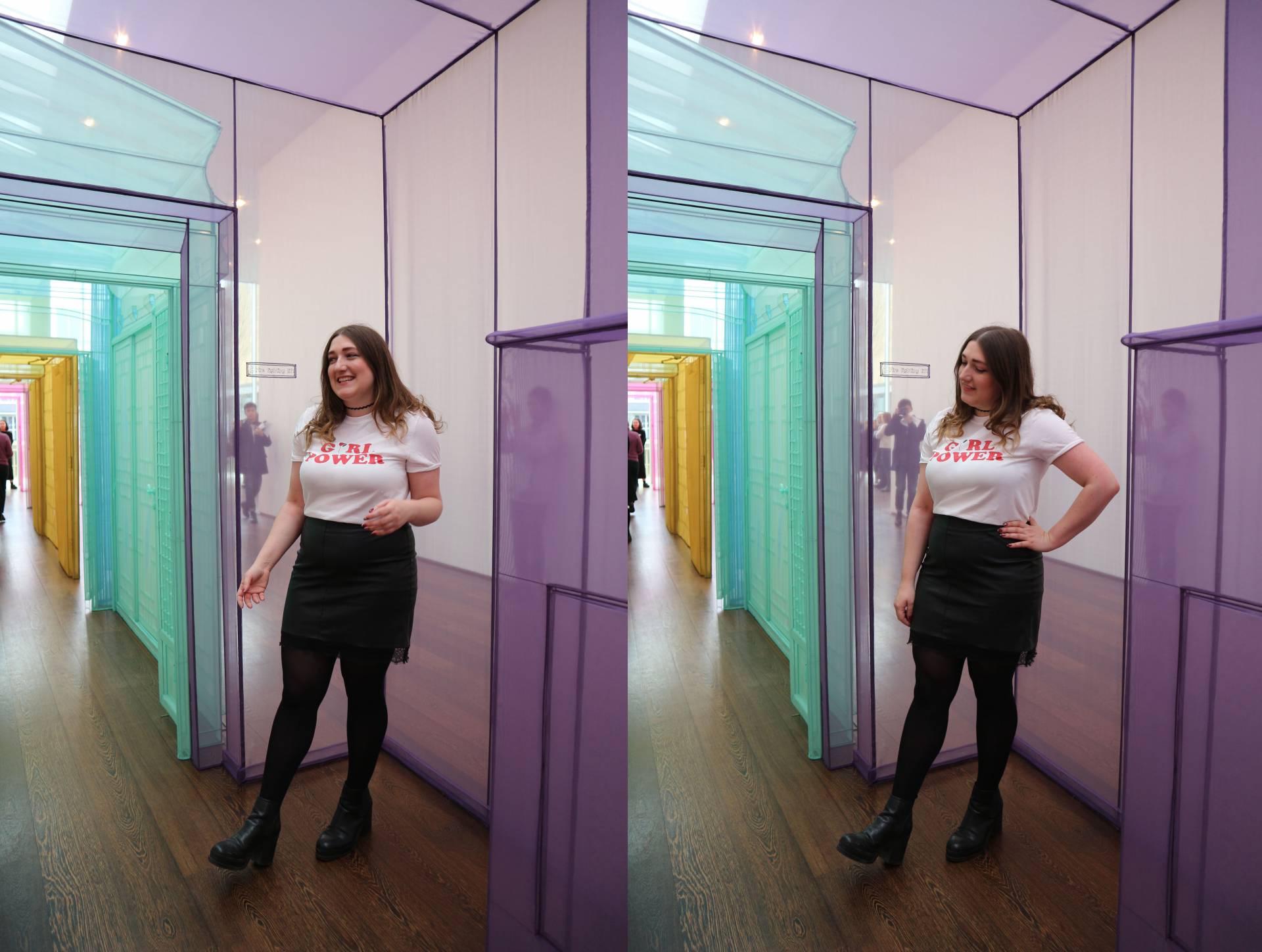 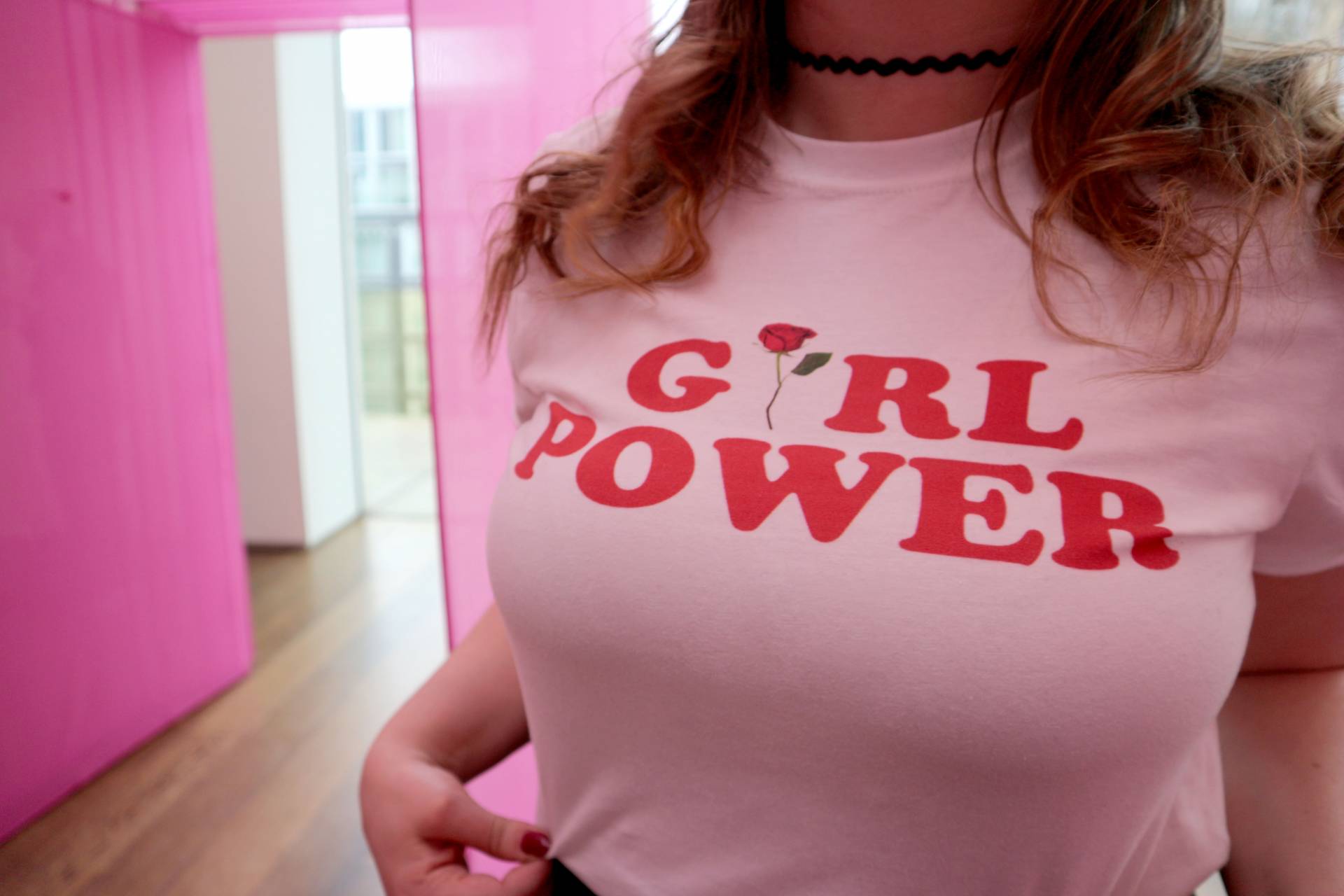 I’m sure you’re all pretty familiar with the Spice Girl’s favourite phrase; Girl Power. Two words that, accompanied by a peace sign, somehow had a universal meaning across the world. With International Women’s Day in mind, I asked myself: ‘What does Girl Power mean to me’?

To be a friend, sister, mother.
To be both strong and emotional.
To be honest and determined.
To be apologetic and kick-ass.
To fail and to try again.
To be whatever you want to be and to not have a clue.

Back in the playground I had no real sense of society’s expectations of a woman – I felt like I could do anything I set my mind to, and I feel really lucky to have grown up with that Girl Power instilled in me. Unfortunately the older I grew, the more apparent the gender ‘divide’ in society became.

Part of me doesn’t want to talk about gender issues because ironically, that makes them more of an issue. But on the other hand it is what it is, and there is no point sweeping this under the carpet and pretending it’s not real. Feminism gets a bad rep in some circles because it is seen as women clubbing together against men, when in reality that’s not what it is at all, or shouldn’t be. 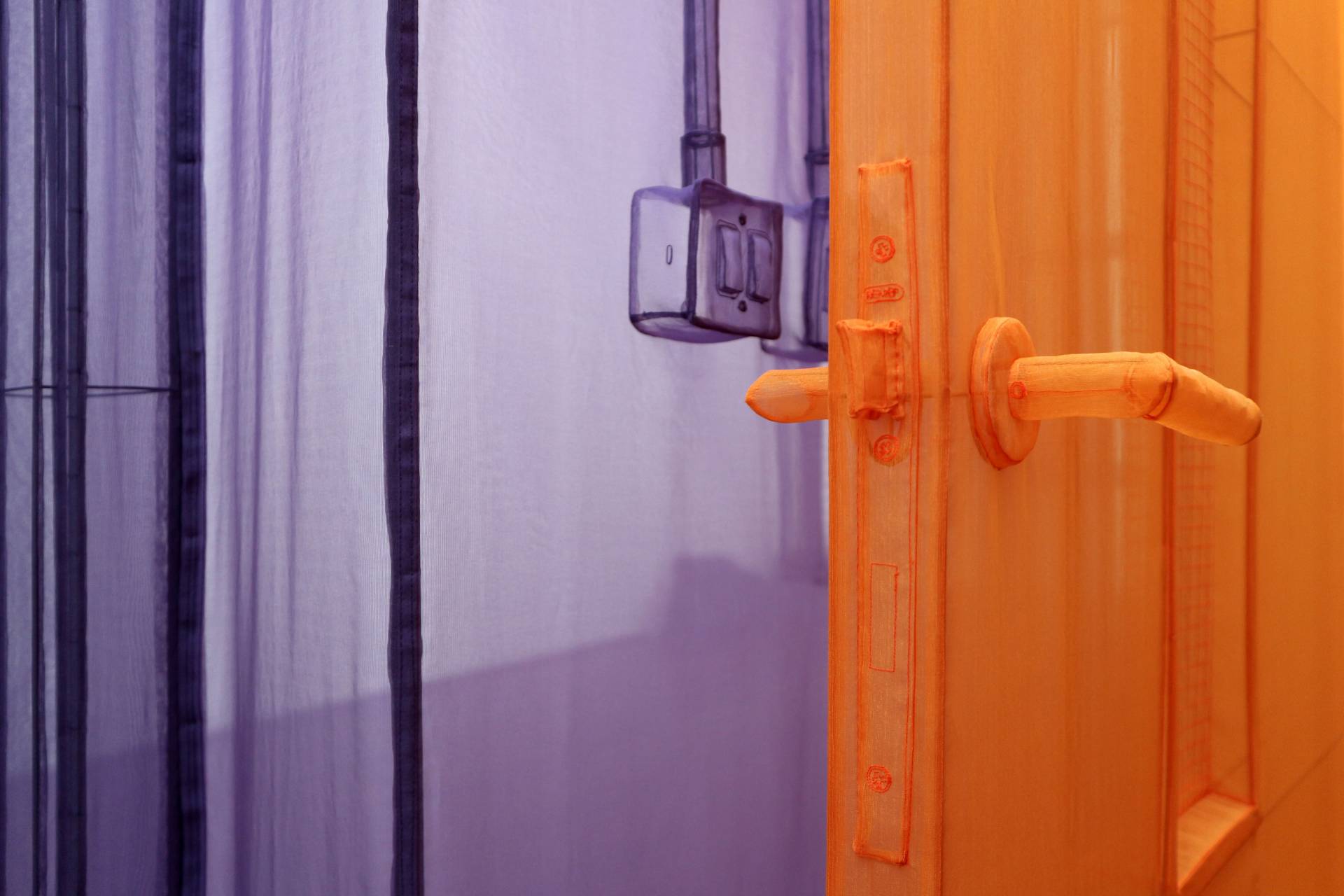 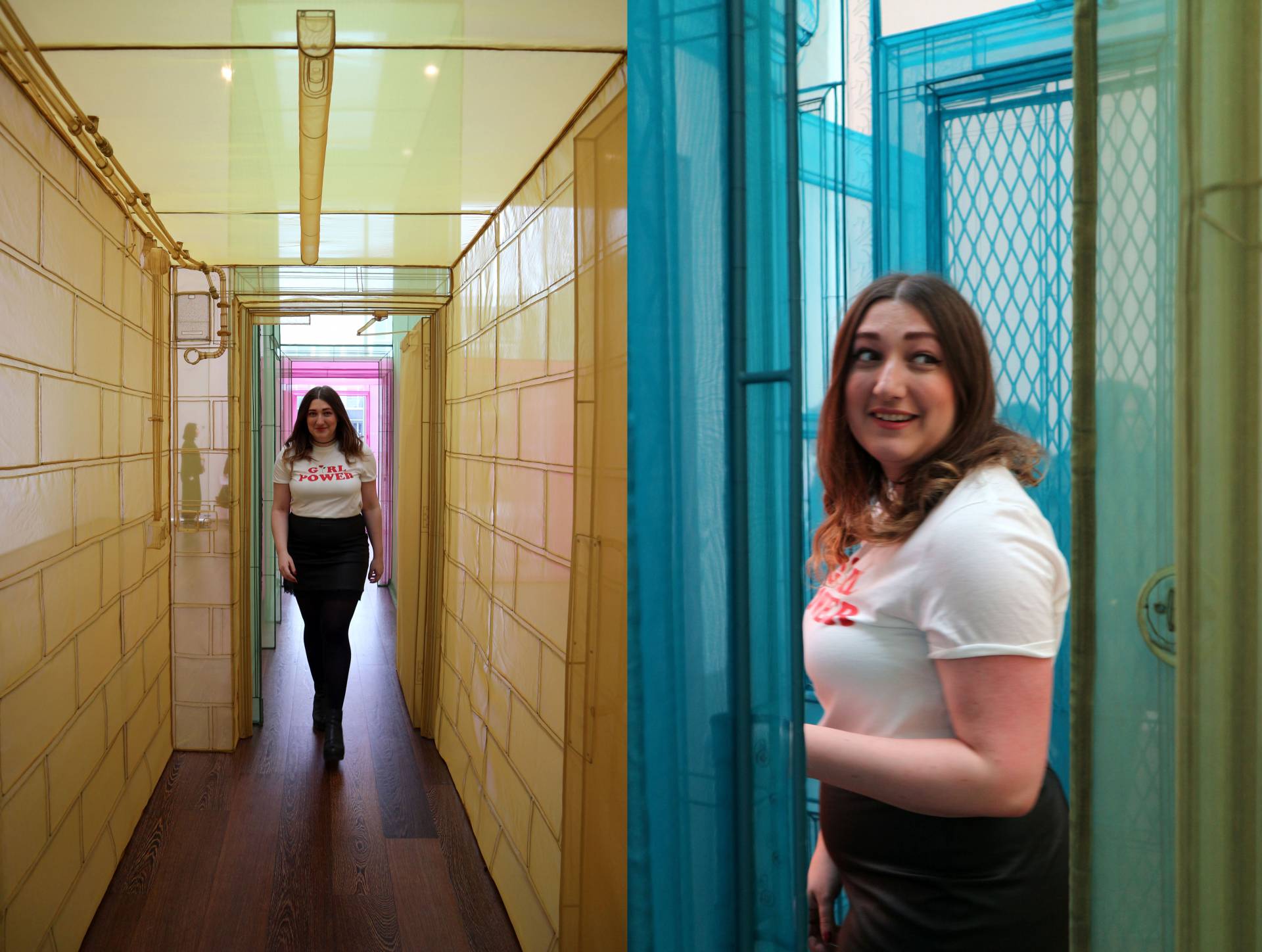 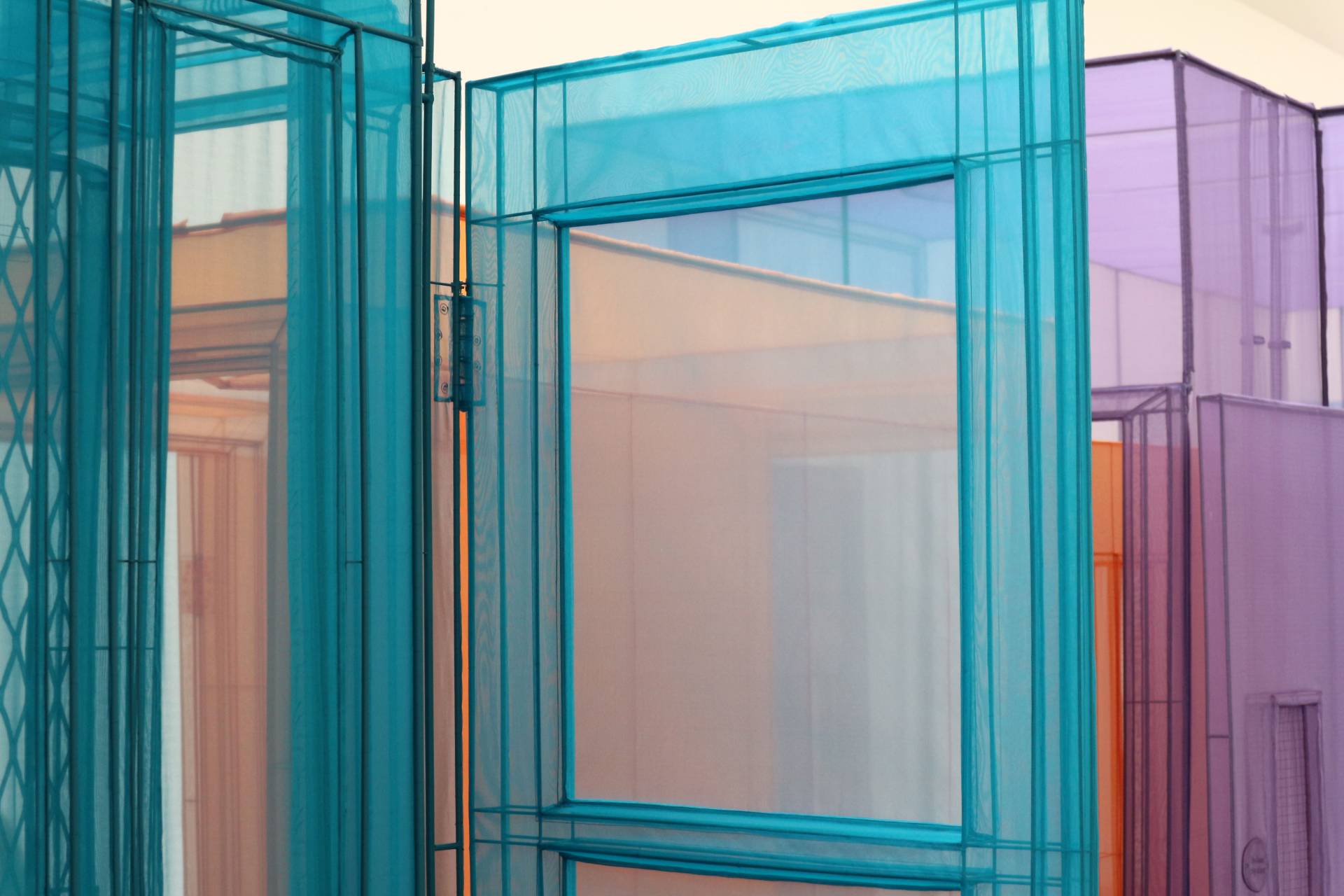 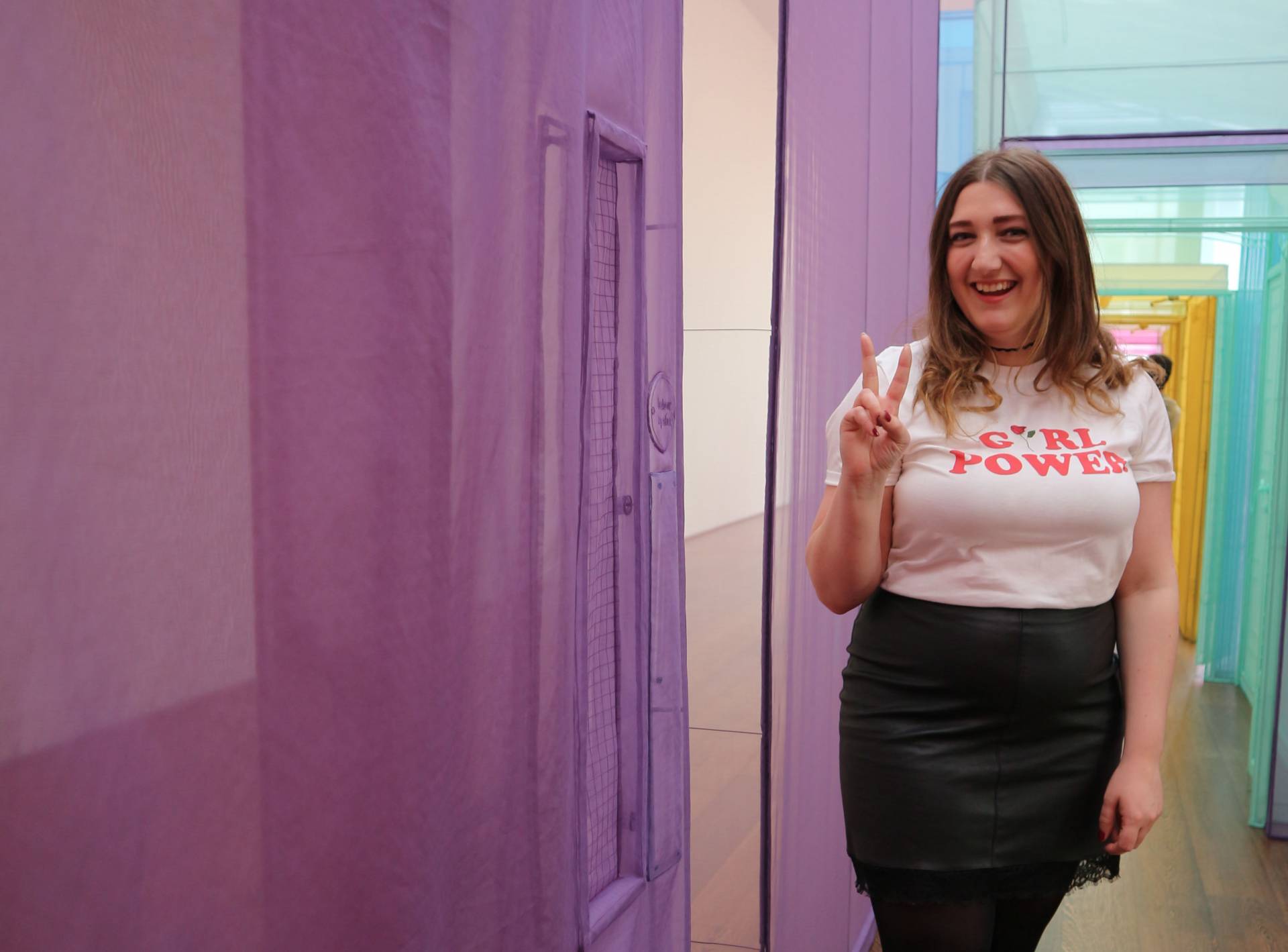 At University I wrote my dissertation on Women in Graphic Design; looking at the careers, experiences and expectations of females in the creative industry. Through research and analysis of a handful of careers I discovered success and failure, resentment and adaptation.

Women adapting their behaviour to succeed in a male dominated industry.
Women in abundance on creative courses, yet scarcely visible in some of the highest ranking jobs.
Women lost.
Women refocusing their targets and life goals.
Women doing what they love.

Writing my dissertation was both a joy and a nightmare. I loved reading about the journeys of some amazing women that were very humble and unassuming. But on the other hand, did I really want to catapult myself into an industry which, granted had come a long way but still, seemed like an uphill battle for a woman? Did this ‘uphill battle’ even exist? Maybe it was just scare tactics and most of the females before me had just given up too easily? Or maybe they just got on with their careers quietly, rather than shouting about every other small achievement?

We will never know if there is truly a gender problem within the creative industries (I mean, there are statistics but…) or if it’s just a scare tactic, but the only way to combat the glass ceiling and the hearsay is to not let it stop you, ladies. Don’t celebrate because you are a woman, celebrate because you did something amazing and you worked hard for it! If I see a woman (or man) doing awesome things I will always support them.

And just to clarify; I don’t feel like I have been discriminated against in my career for being a woman, and I definitely don’t feel resentment against every male Graphic Designer in the world. I usually don’t even think about how our gender makes us different, but as with anything males and females come with both pros and cons! It goes without saying that we are all individuals and regardless of gender, the ultimate team will have a mix of personalities, skills and ideas.

On International Women’s Day it’s guaranteed that there will be jokes from males across the world; ‘When is OUR day, for the men?’. The battle of the sexes will never end, so let’s not kid ourselves.

This is a man’s world, but it would be nothing, nothing, without a woman or a girl. 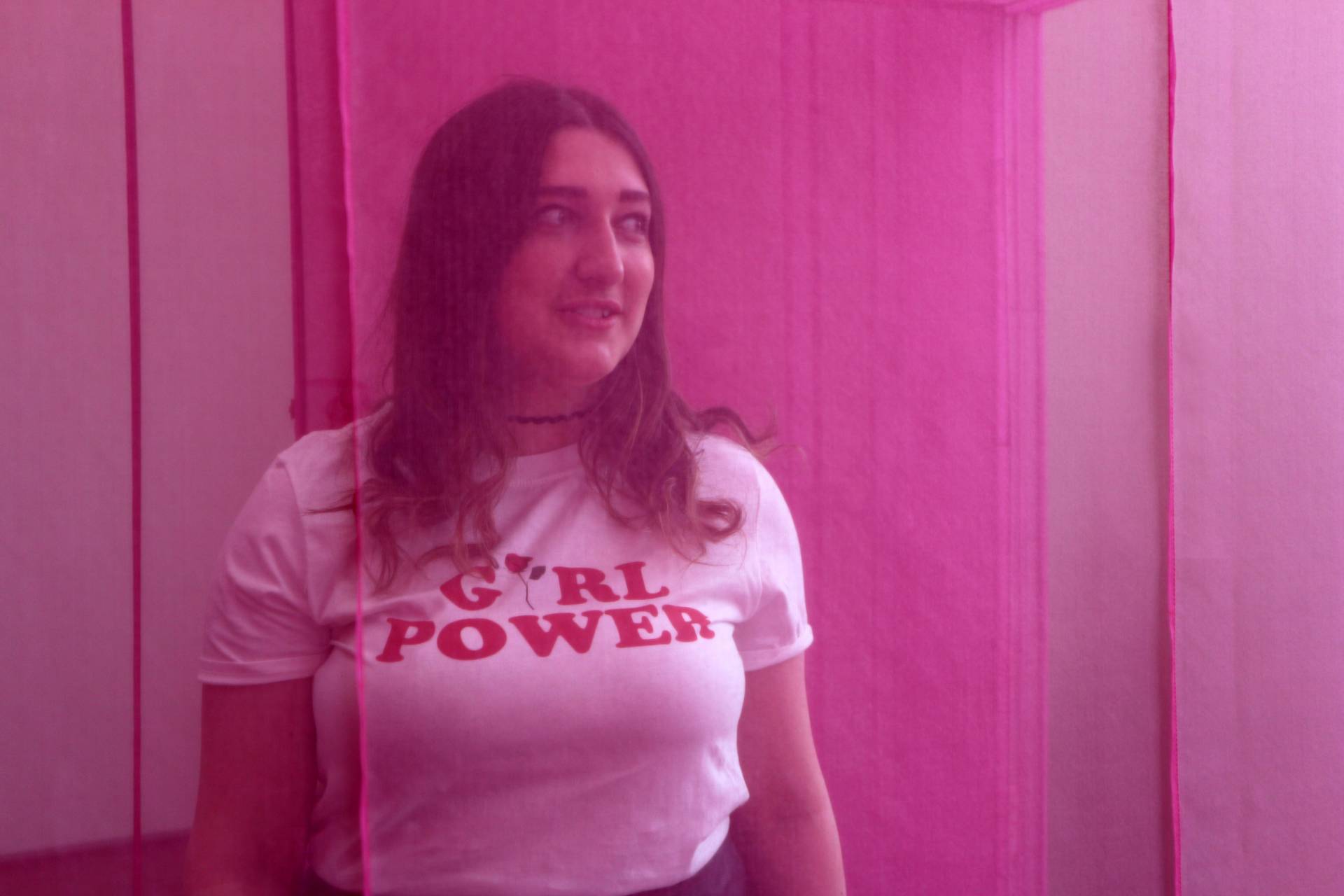 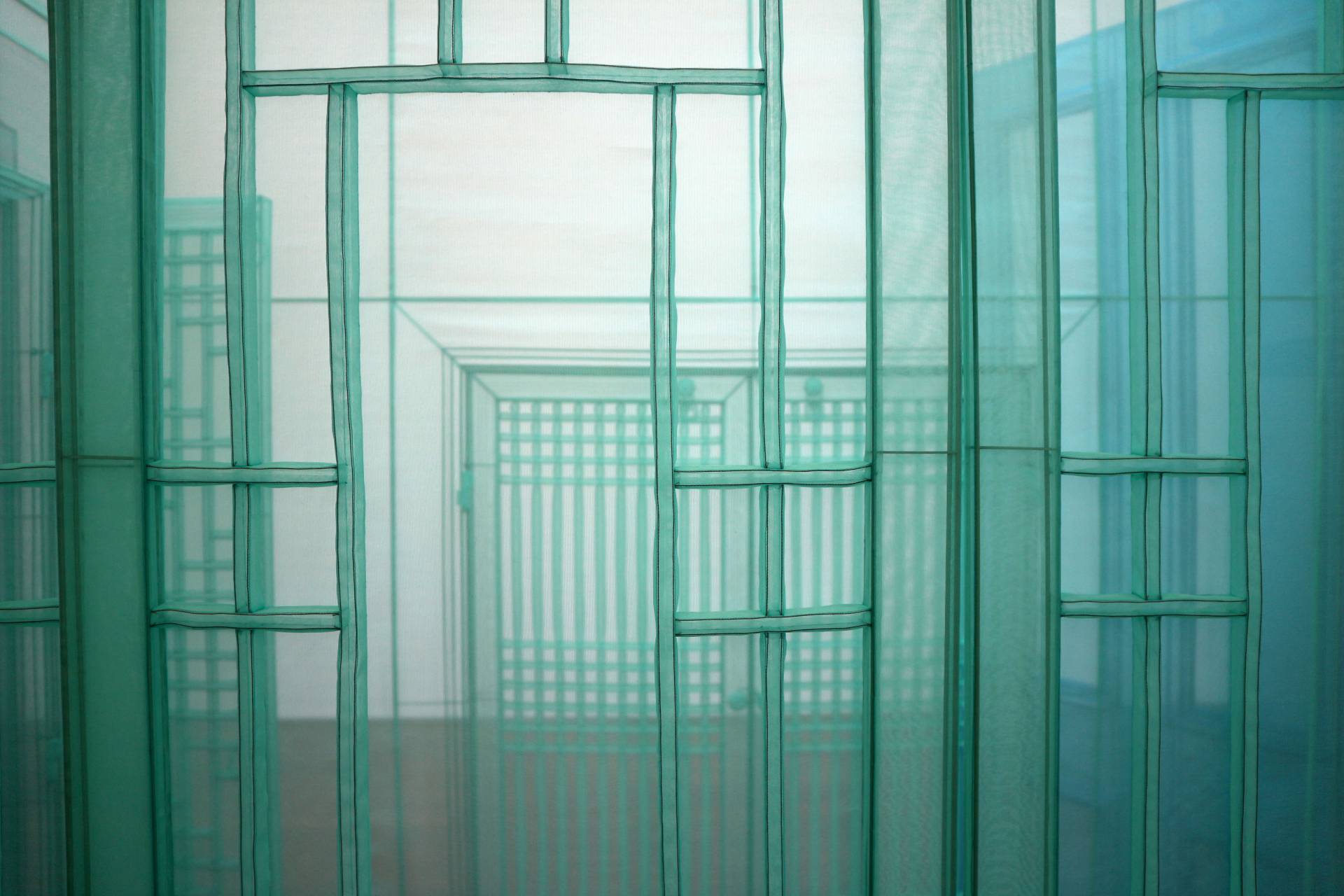 And whilst it still doesn’t sit completely right with me (kinda making ‘women’s troubles’ into MORE of an issue), this is exactly why IWD exists. Because without even realising it, subconsciously I am sometimes apologetic for being a strong but emotional girl. Thanks society! And so the confusion continues…

I hope I managed to express myself eloquently enough for that to make any sense. In short, I just wanted to chat about how my journey through the world has shaped my experience as a female creative. It might not be as succinct as my dissertation, but I thought you might like to read something a bit lighter than a 10,000 academic piece.

International Women’s Day 2017 is Wednesday 8th March, so be sure to join in and support your favourite female creatives. Also if you wanna relive some 90s Girl Power nostalgia AND support some female focused charities, grab yourself one of these T-Shirts. 25% of every t-shirt sale will be donated to the International Women’s Day 2017 charity partners Catalyst and WAGGGS!

Print your heart out