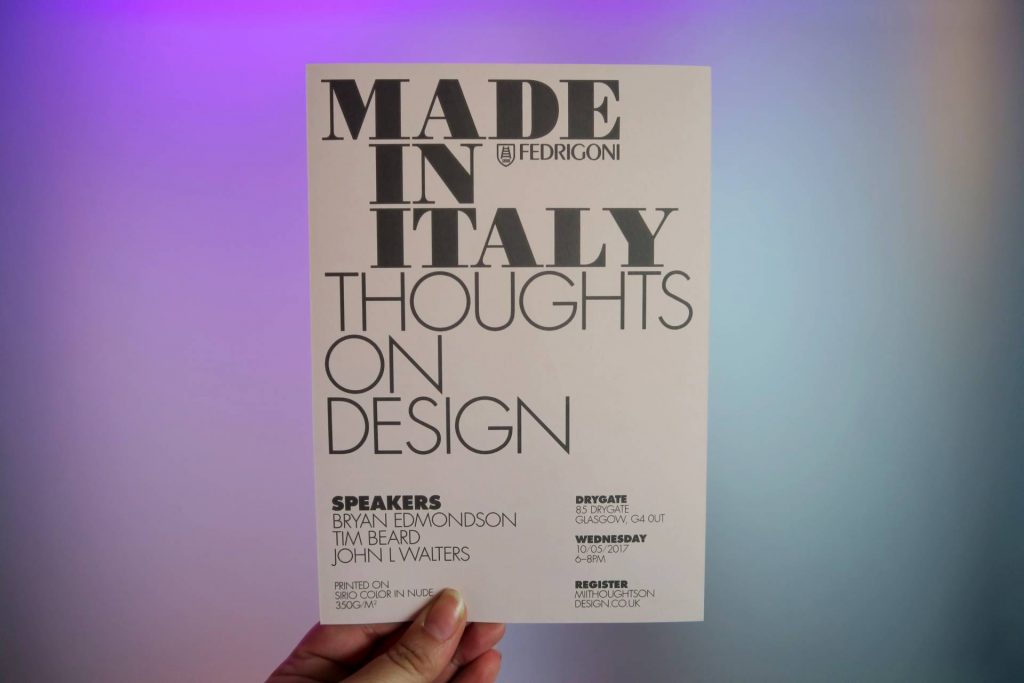 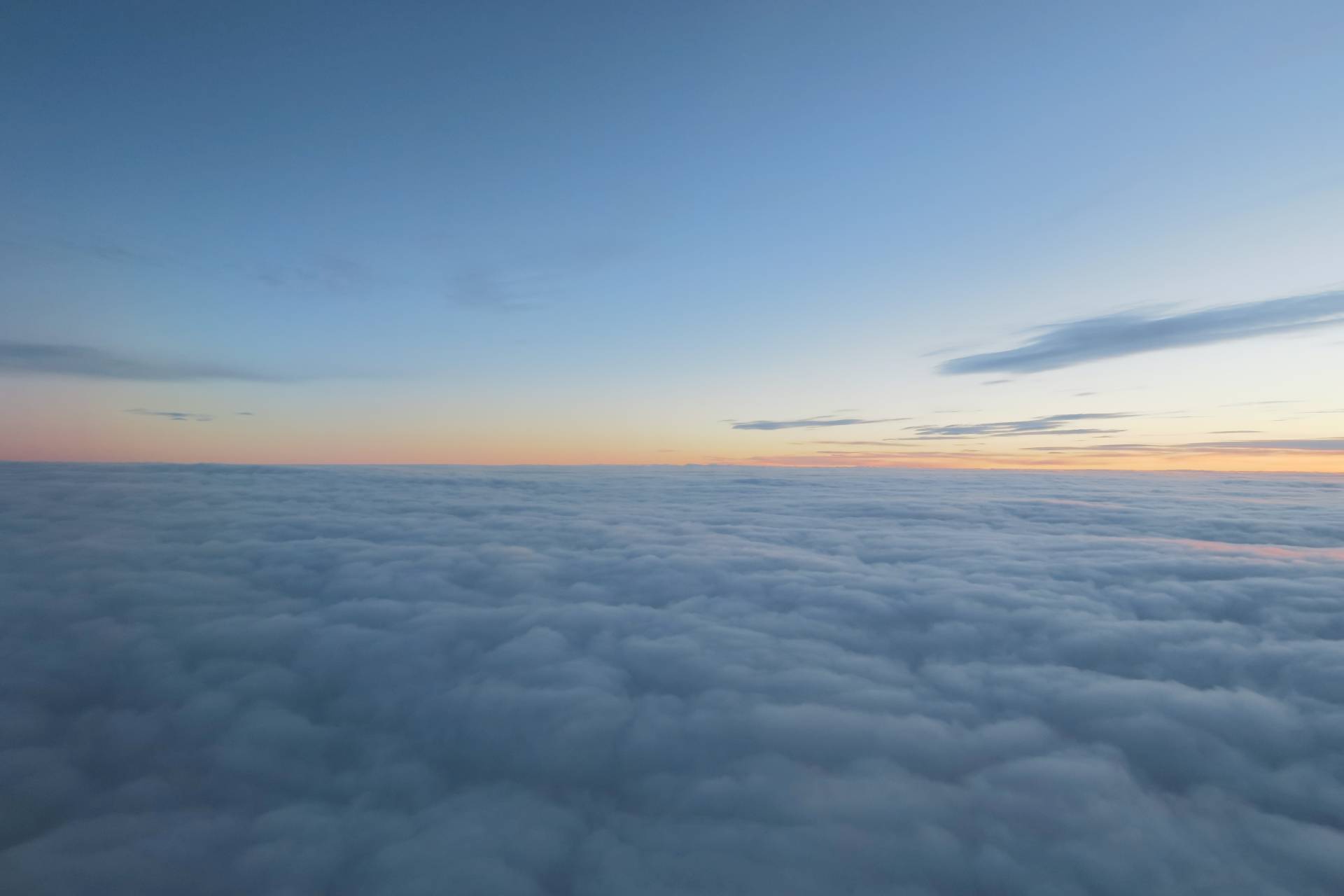 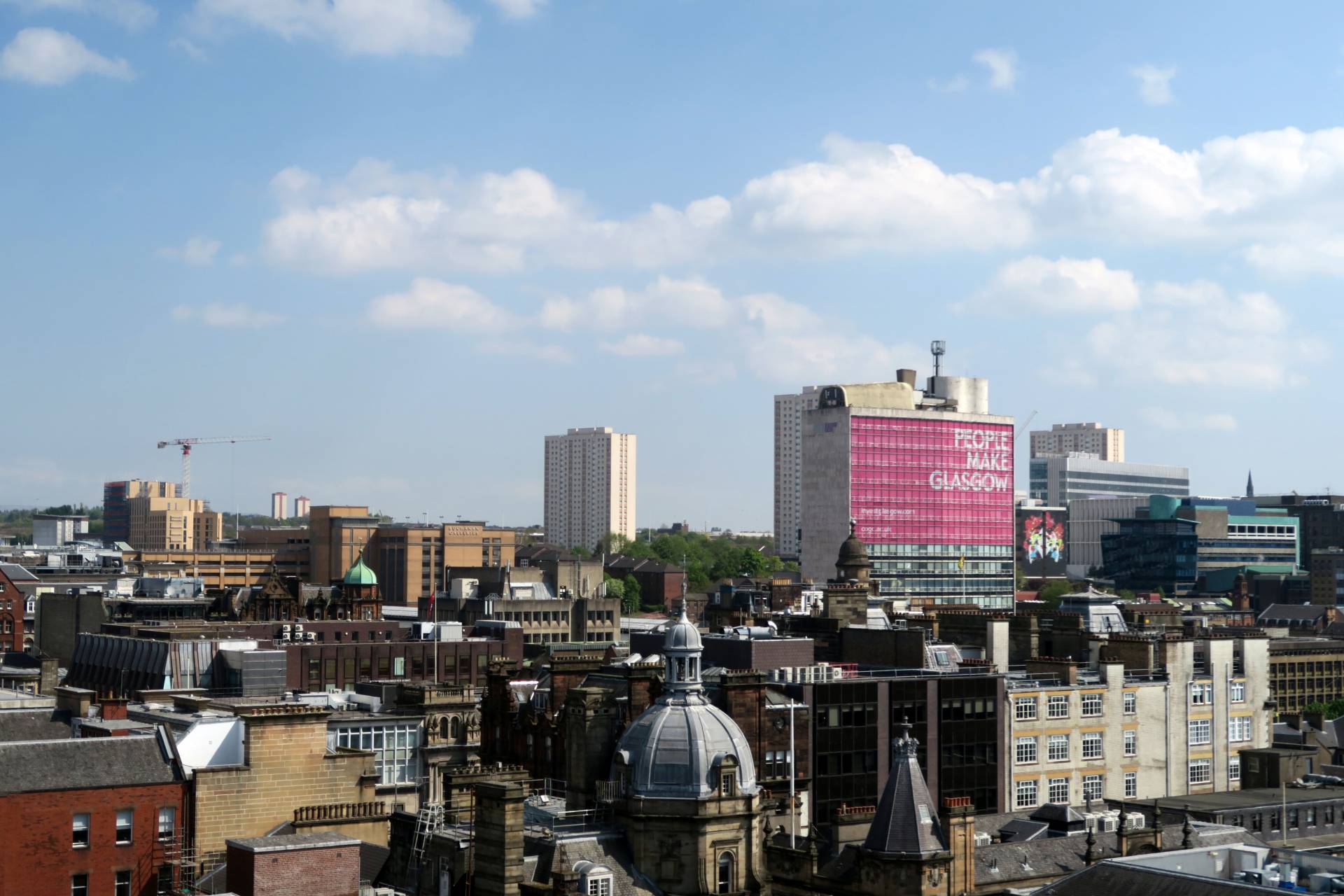 Time flies when you’re having fun! Can’t believe it’s been a month since I climbed above the London clouds (well, the aeroplane did) and didn’t look down until I’d reached Glasgow. Thankfully I was greeted with glorious sunshine, perfect for exploring during my 24 hours in Glasgow. But why had I headed to Scotland? Fedrigoni had invited me to enjoy an evening of design, beers and paper, so naturally I said AYE! (That’s a popular scottish phrase for yes btw.) 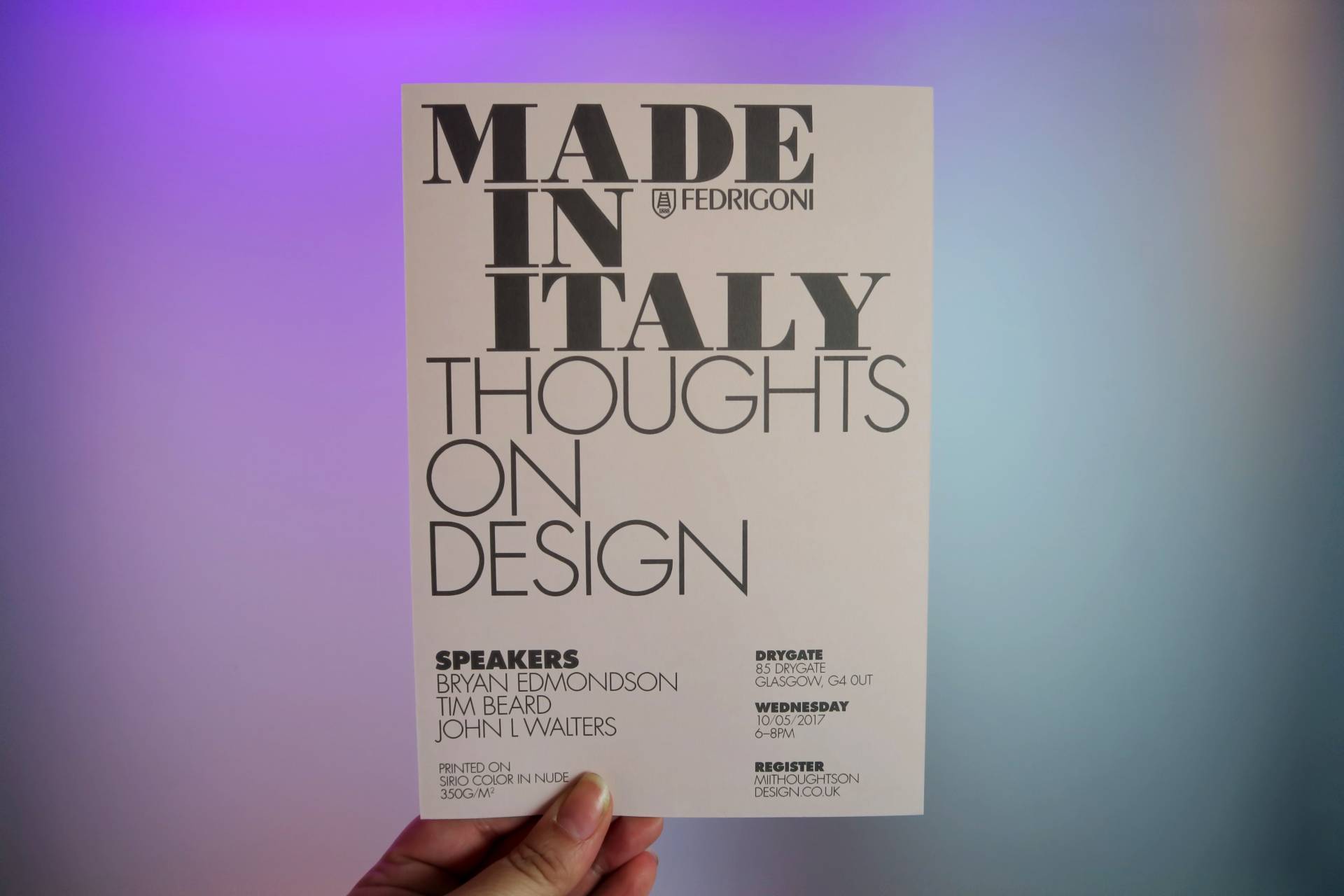 But before getting excited about beer and paper, I dropped my bags off at the Citizen M Glasgow. I’ve wanted to stay at a Citizen M hotel for a while now so I made the most of it by exploring the lounge (full to the brim with vitra furniture) and experimenting with the tech in my room – because how many bathrooms have you seen that can change colour? 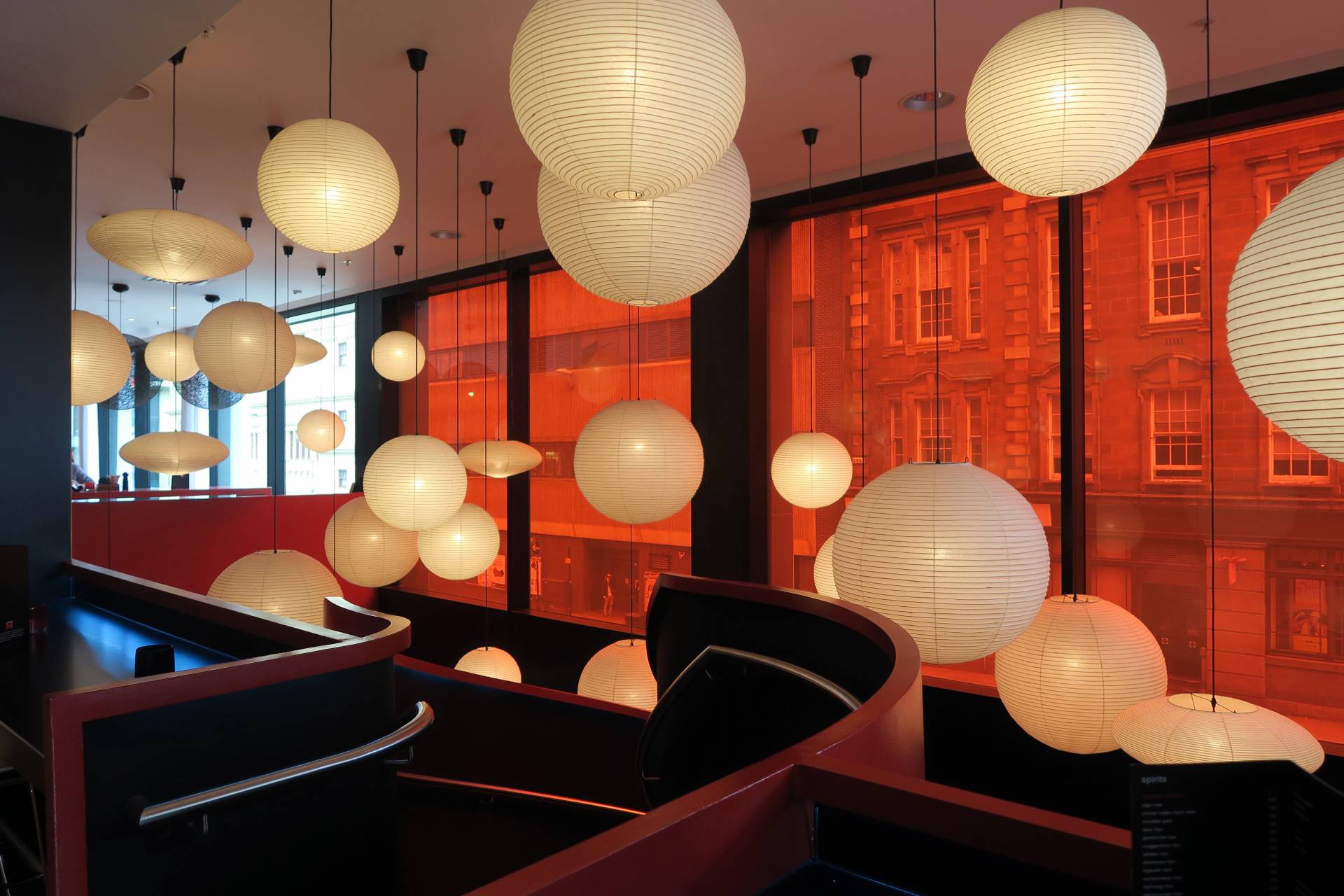 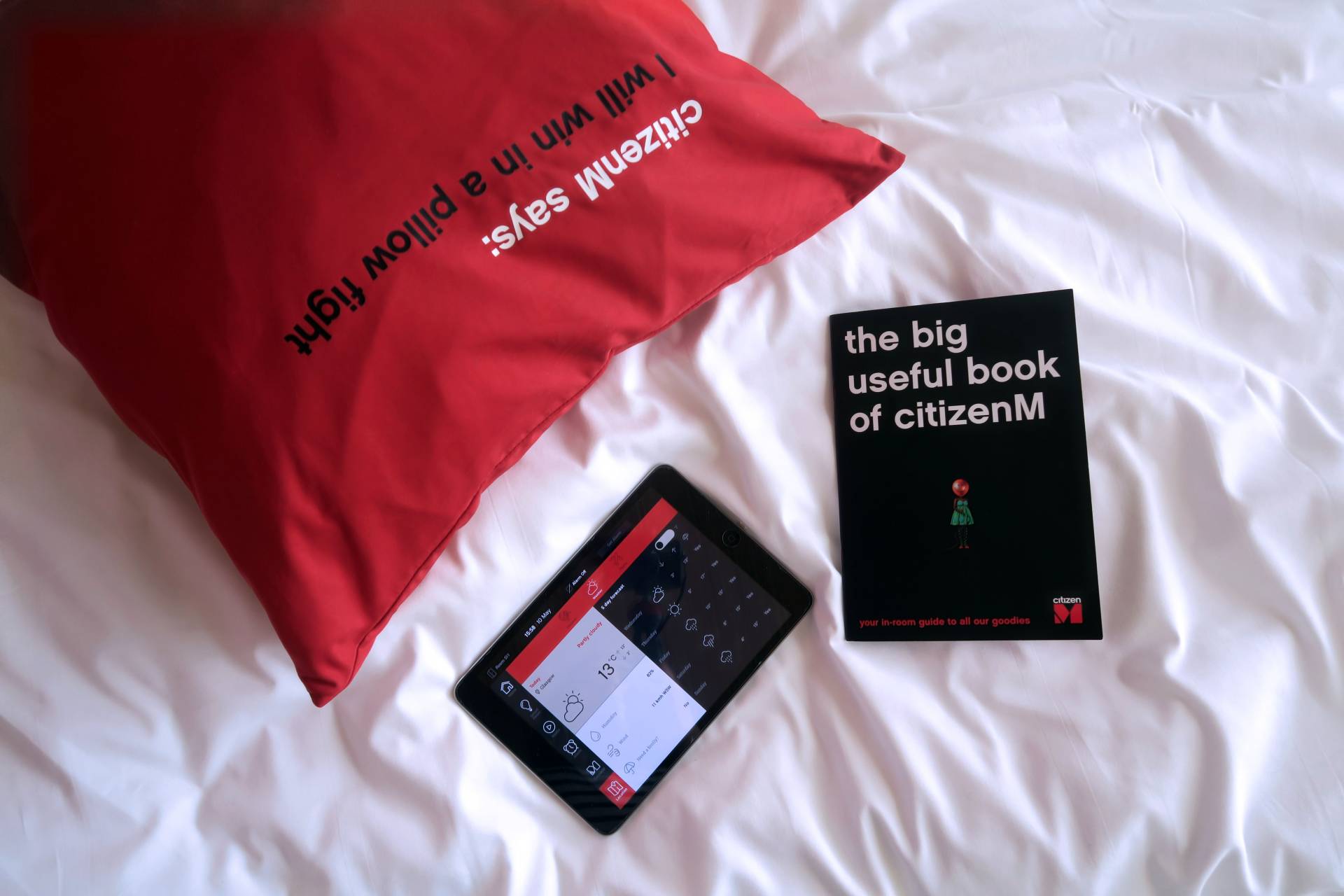 Controlling everything from the lights, blinds and TV via a tablet was a new experience and although I liked it, I couldn’t help but worry about what would happen if it died or broke!? ha Luckily I didn’t have to deal with that and made the most of being a techy-geek before heading out into the sunny streets of Glasgow in search of the Drygate Brewery. It should be easy to find a brewery, right? If you’ve watched my vlog, you’ll know that I might have got a bit lost ha. Glasgow doesn’t have Citymapper yet, y’know!? 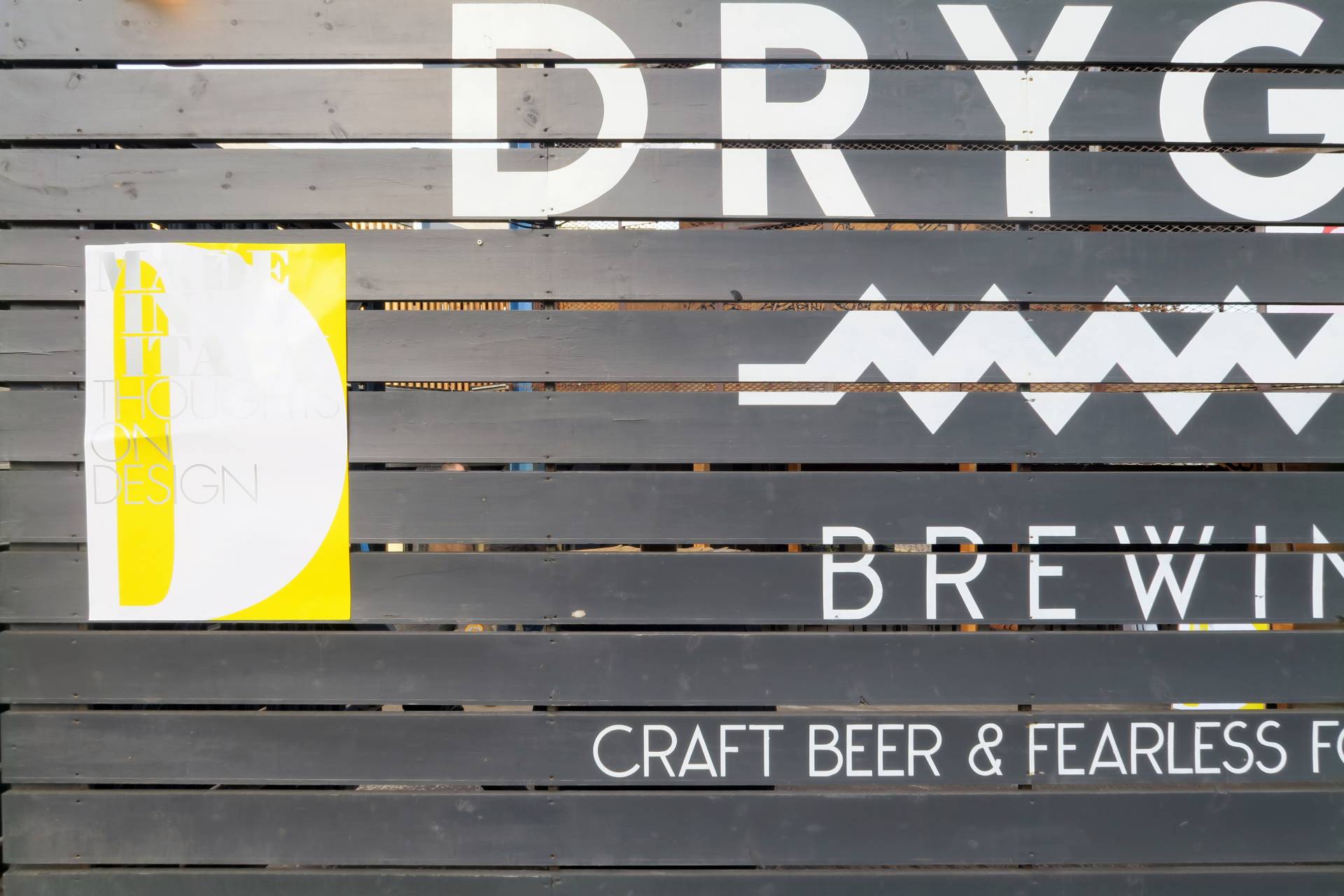 Anyway it would be rude not to try the beer at a brewery, so with a beer in one hand and Twitter (my phone) in the other I was ready for the design talks.

When looking at influential styles/movements in Graphic Design you’ll probably come across plenty of Swiss, Bauhaus (German) and Russian examples. But Italian? Not so much, which is surprising because the Italians are famously strong in other areas: architectural, automotive, furniture and interior design. 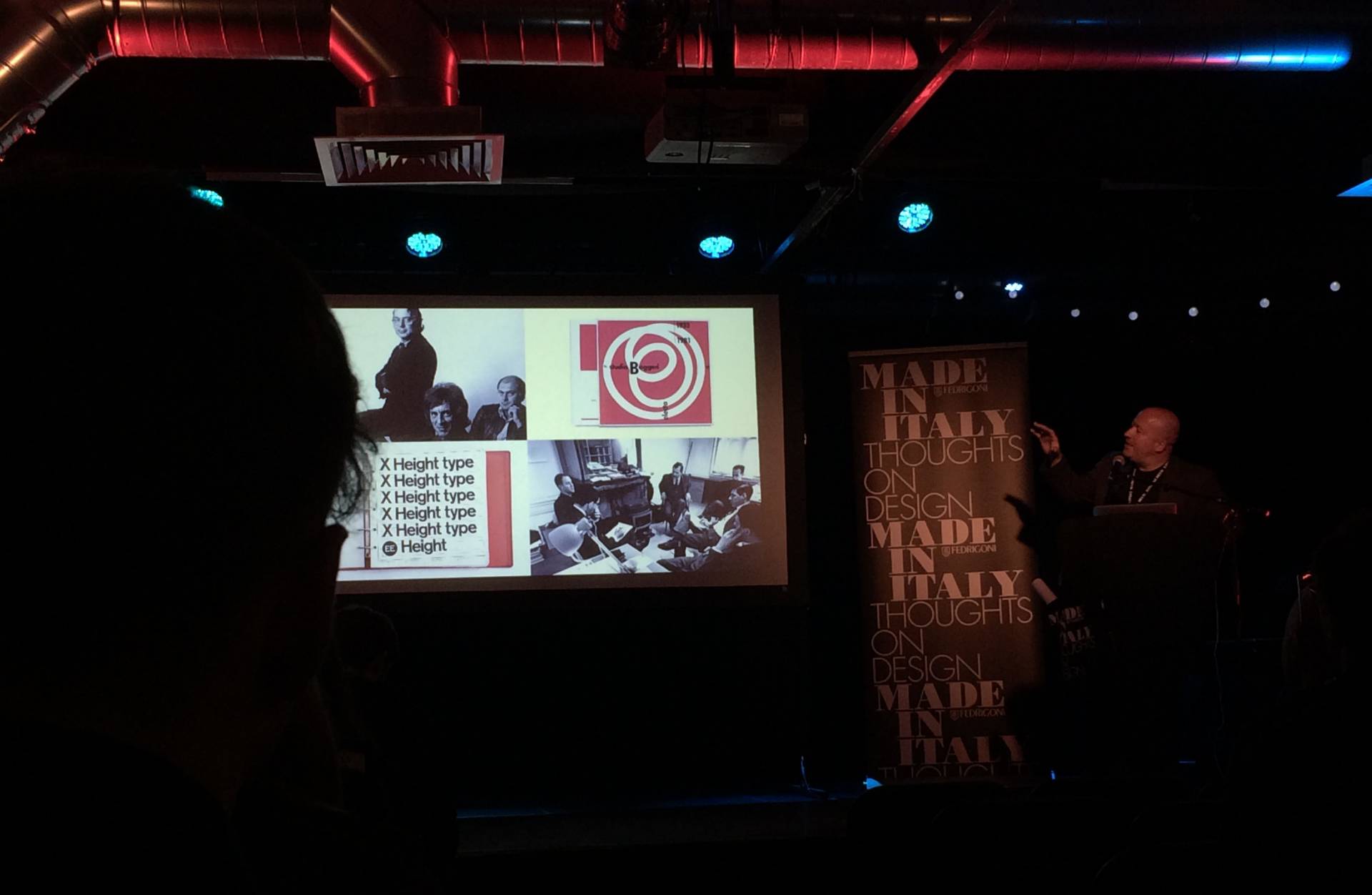 Opening the evening, Bryan Edmonson from SEA design talked us through the process behind working with Fedrigoni to bring Made In Italy to life. Bryan talked about his experience of visiting Aiap, the Italian Graphic Design archives in Milan, for the first time and made us all green with envy. 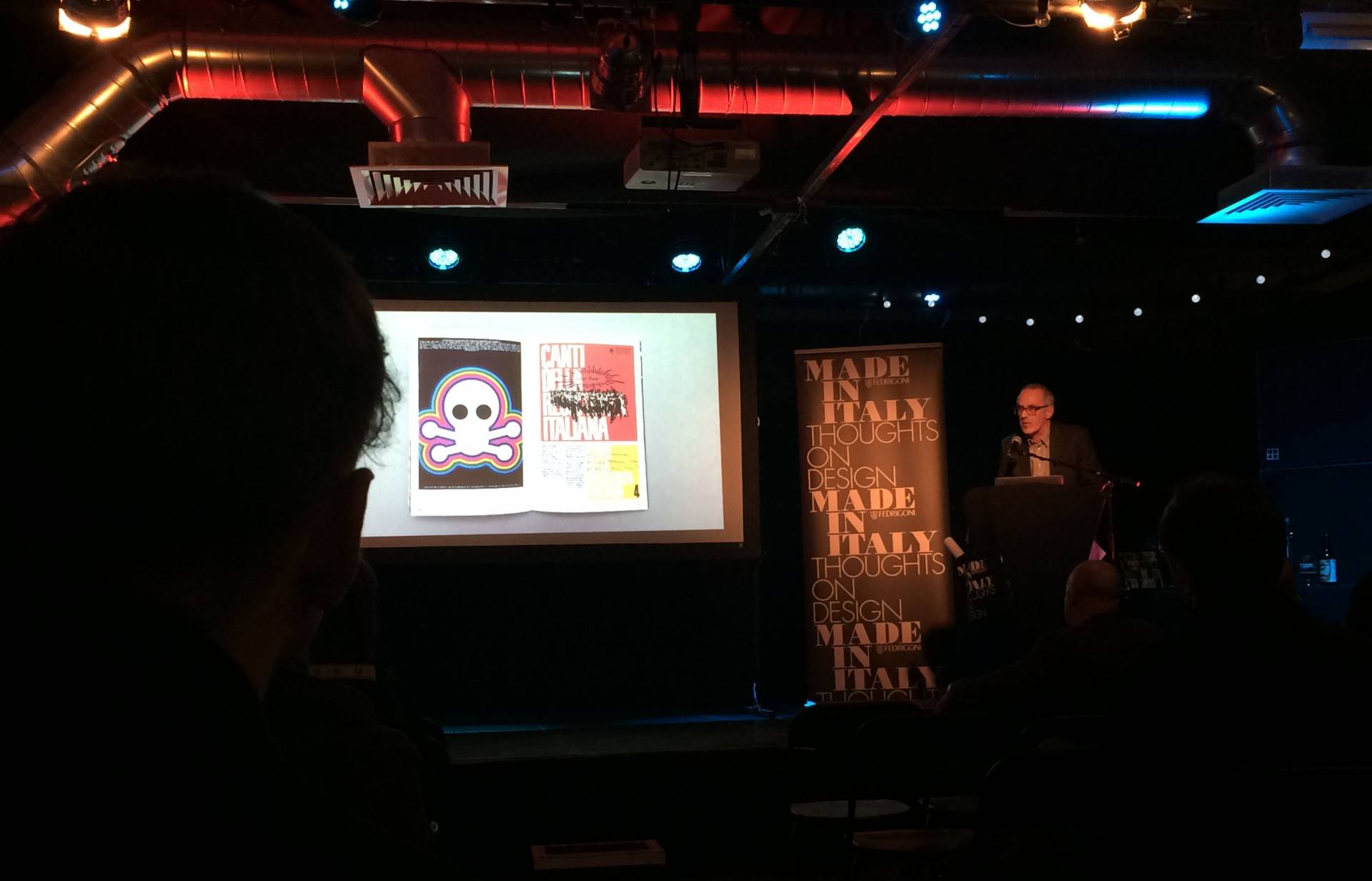 Next to the stage, John L. Walters (Editor of both Eye Magazine and Pulp Journal) shared insights into producing a magazine focusing on paper and the relationship between paper and Italian design. John is such an intellectual and academic man – I feel like I gained a few iQ points just from listening to him talk.

Rounding off the evening, Tim Beard from Bibliothéque gave us a whistle stop tour of everything that we love about Italian design including Viennetta, Spag Bol… 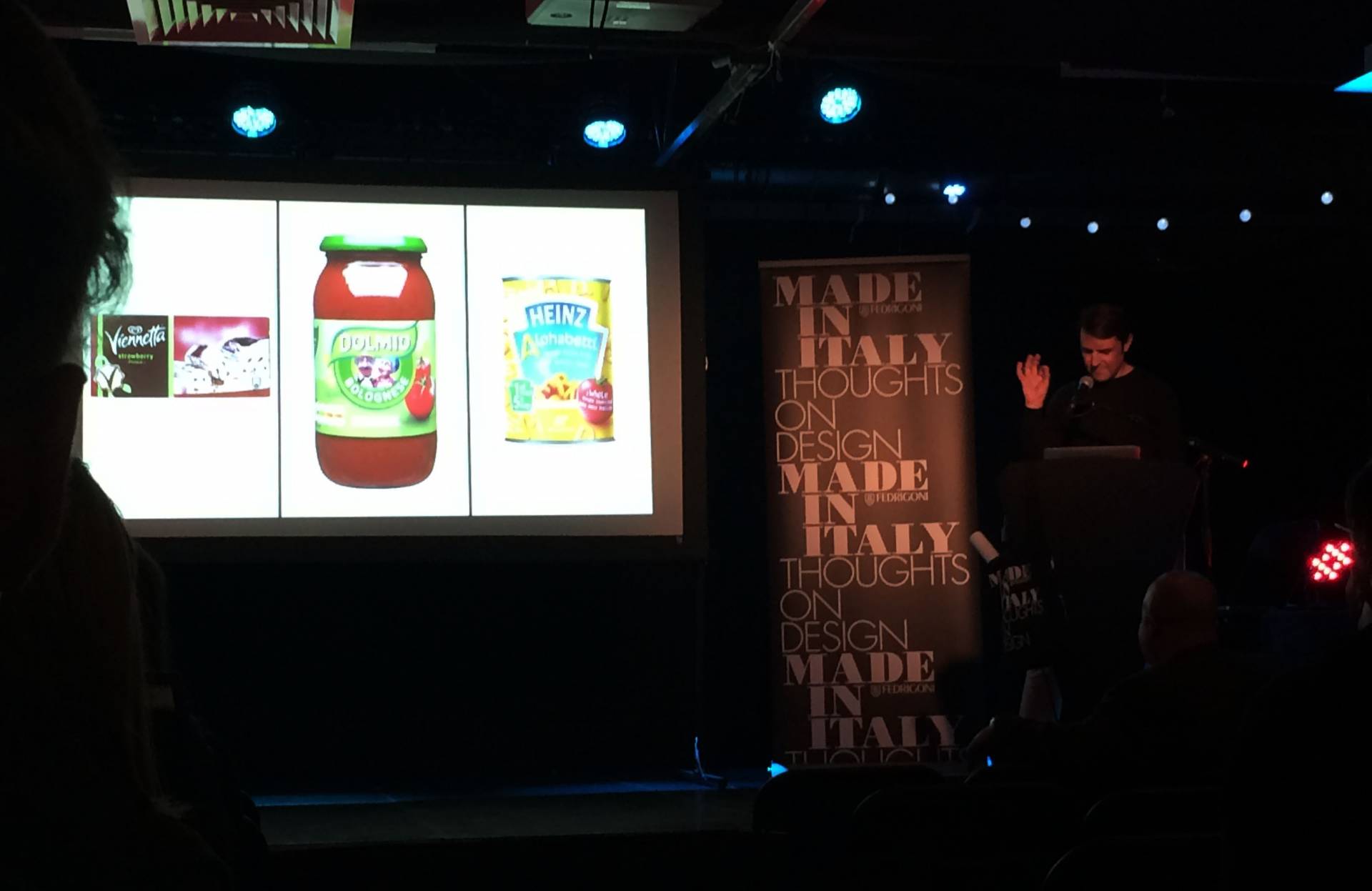 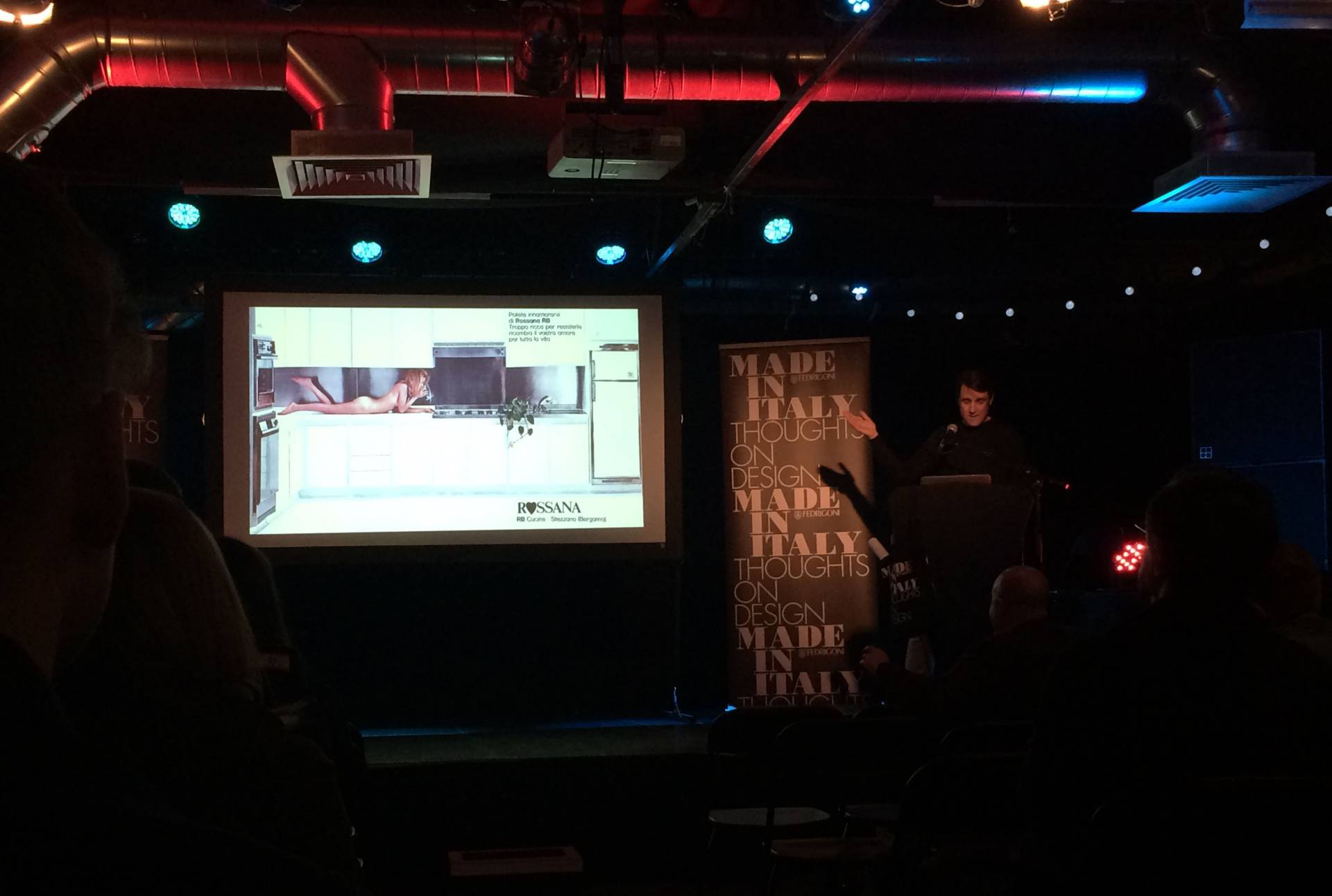 … and the ability to get a client to agree to a risqué advert with a naked woman. Well, they don’t call them Italian Stallions for nothing! If you’re interested in listening to some snippets of the talks I filmed bits and bobs for my vlog so have a watch: 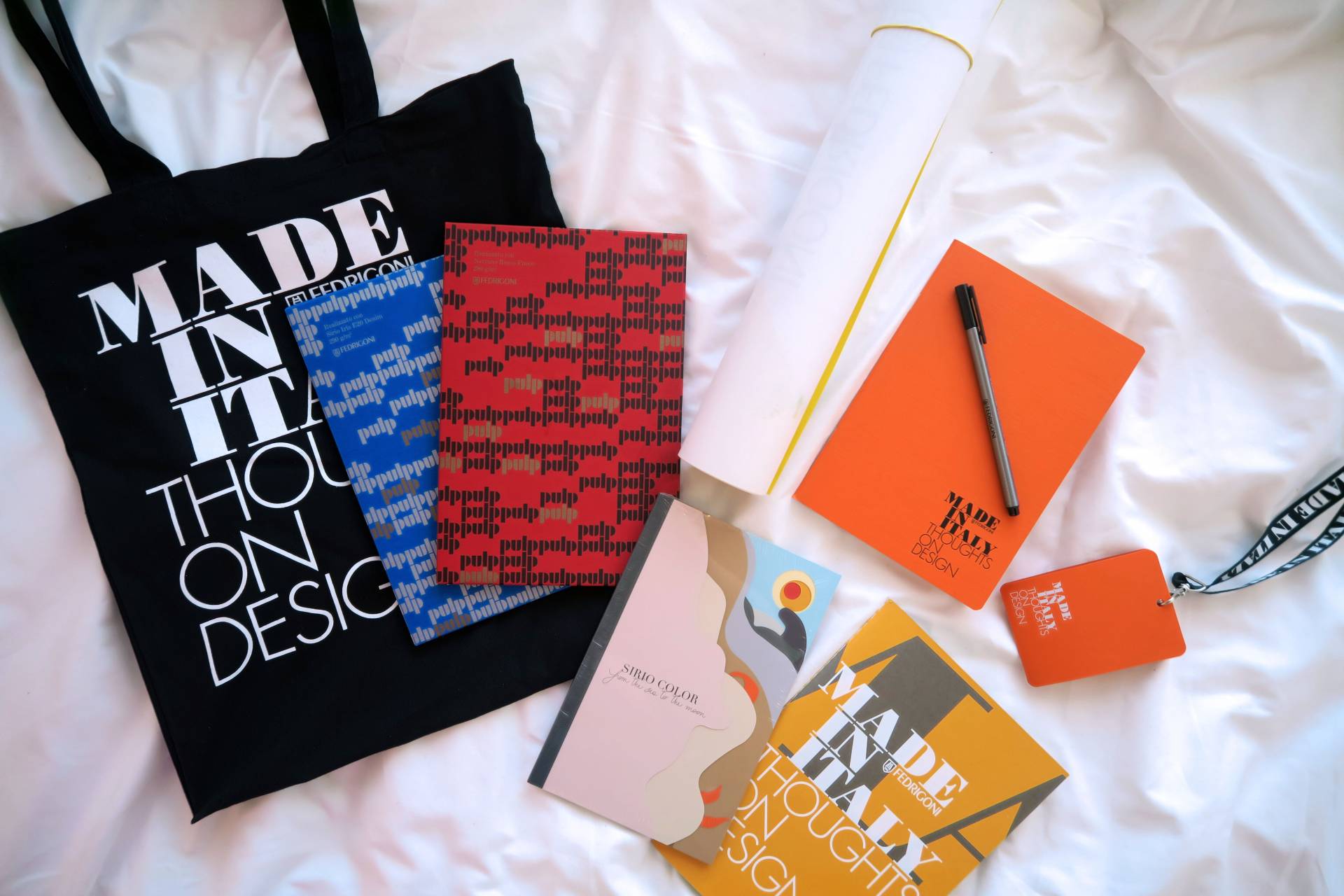 Of course I couldn’t resist a little flat lay of the goodie bag complete with Pulp Journal and paper samples. Although you can’t really see here, I can confirm that the Sirio Colour swatch book is beautiful – a die cut delight.

Feeling quite tired after a long day of travel, I’m sad to say that whilst the Fedrigoni team headed out to sample the delights of Glasgow’s nightlife I headed back to my hotel (after a detour to see the Barrowlands neon which wasn’t even turned on, sigh) and fell asleep watching La La Land. Feel like I might have lost some cool points with the team there… ha

Oh before I forget… can we just talk about how there’s no kettle, mugs or tea bags in any of the rooms? I know I’m in Scotland, but us Brits like a cuppa before bed/in the morning. It just didn’t feel right…

Armed with a list of recommendations, I was determined to soak in as much of Glasgow as I could (and pretty glad that I’d opted for an early night). After a hearty breakfast, the first stop (on the recommendation of Lauren) was The Lighthouse gallery/ Mackintosh Tower. The best way to see any city is from a tower, right? And the Mackintosh Tower has views and history a plenty (as well as a giant spiral staircase I might add) but before I show you the view can we just talk about these unique icons for the toilets… 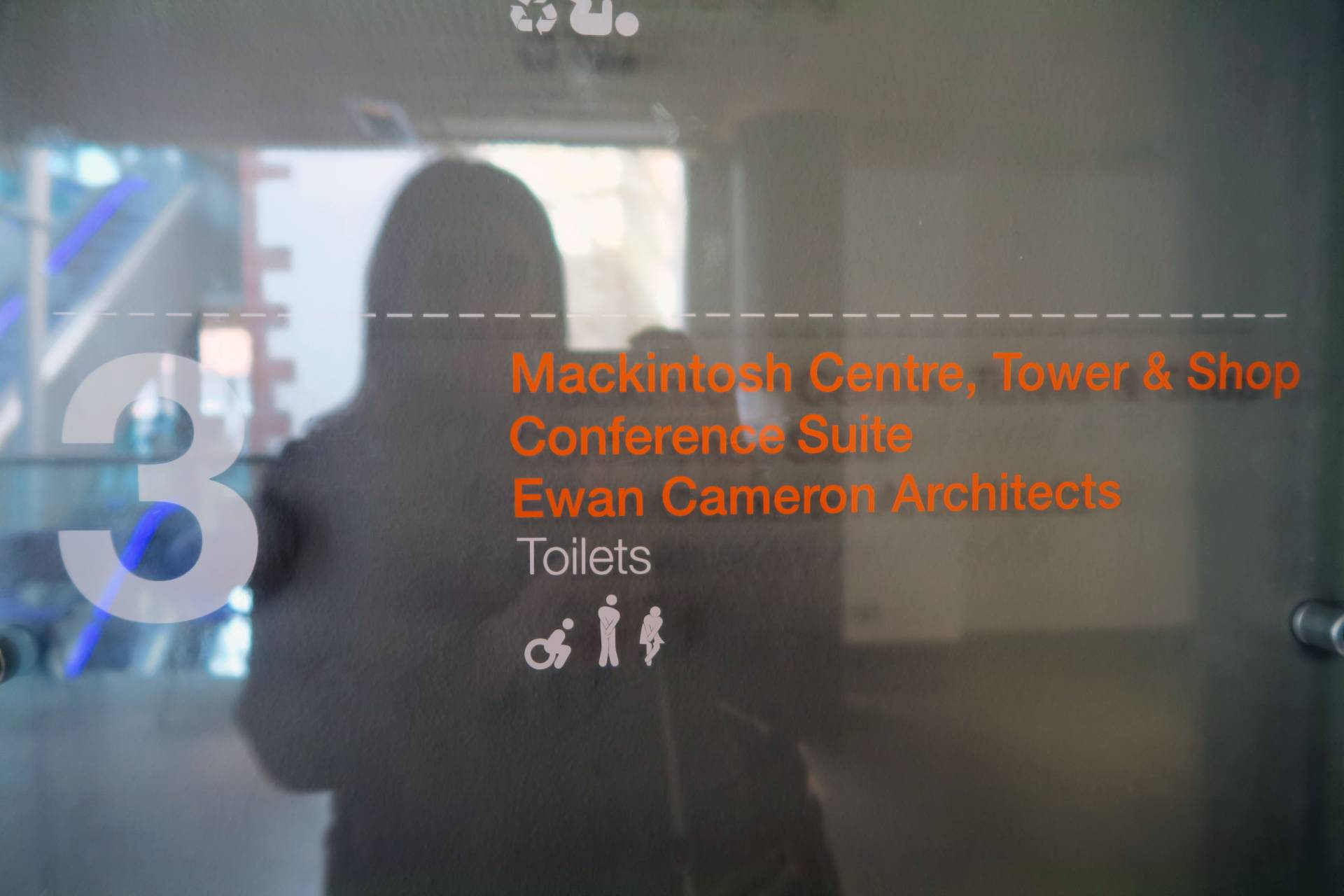 … looks like someones in a bit of a situation!?

But anyway, I can confirm that the view from the tower is worth the climb. Penny, Jessica and I spent a little while looking at the signs of Glasgow’s changing architecture – buildings of different shapes and sizes from different eras. Like a Graphic Design dream, Glasgow is built on a grid system, although I’m still unsure if this makes navigation easier or more difficult – every corner looks the same to me! 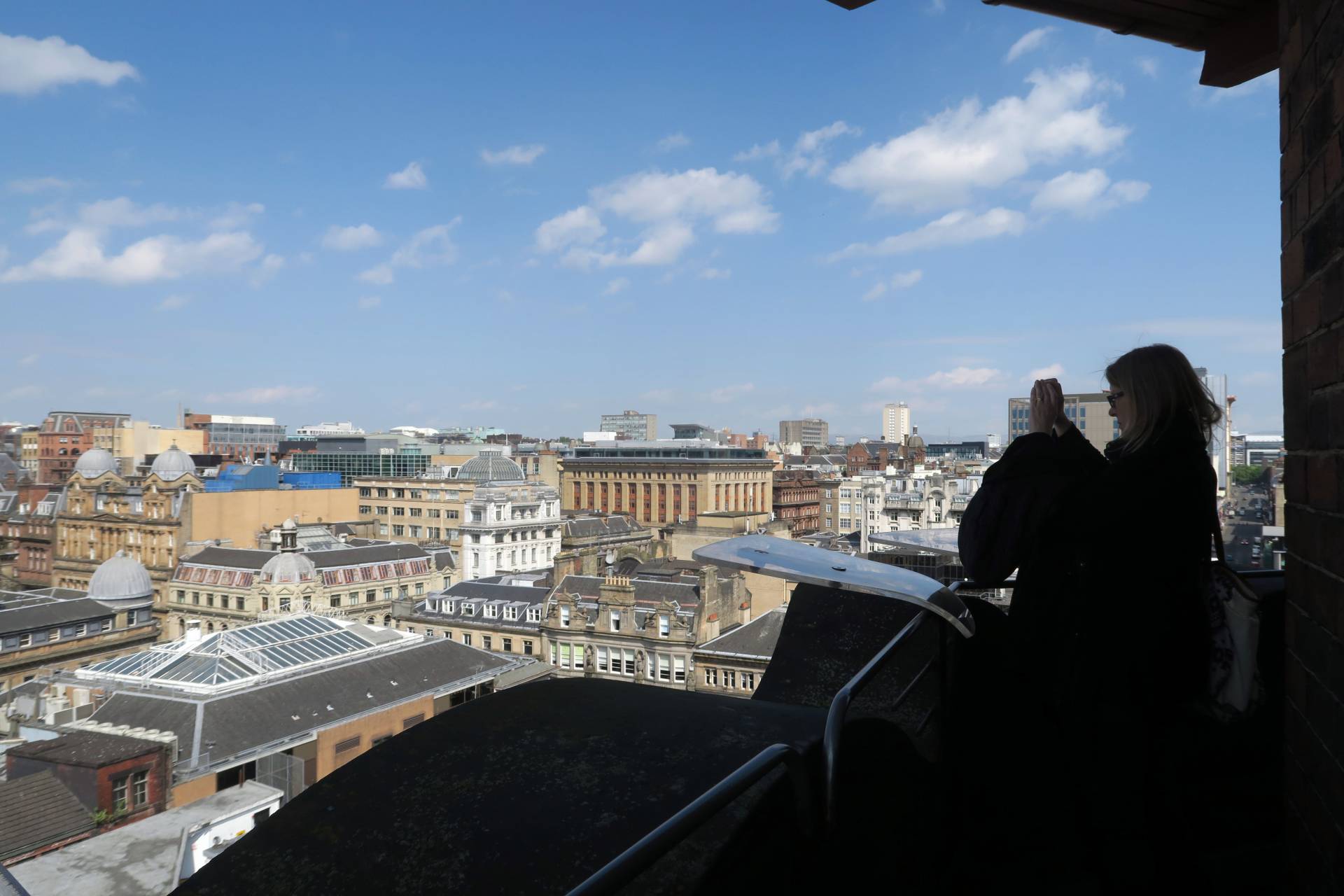 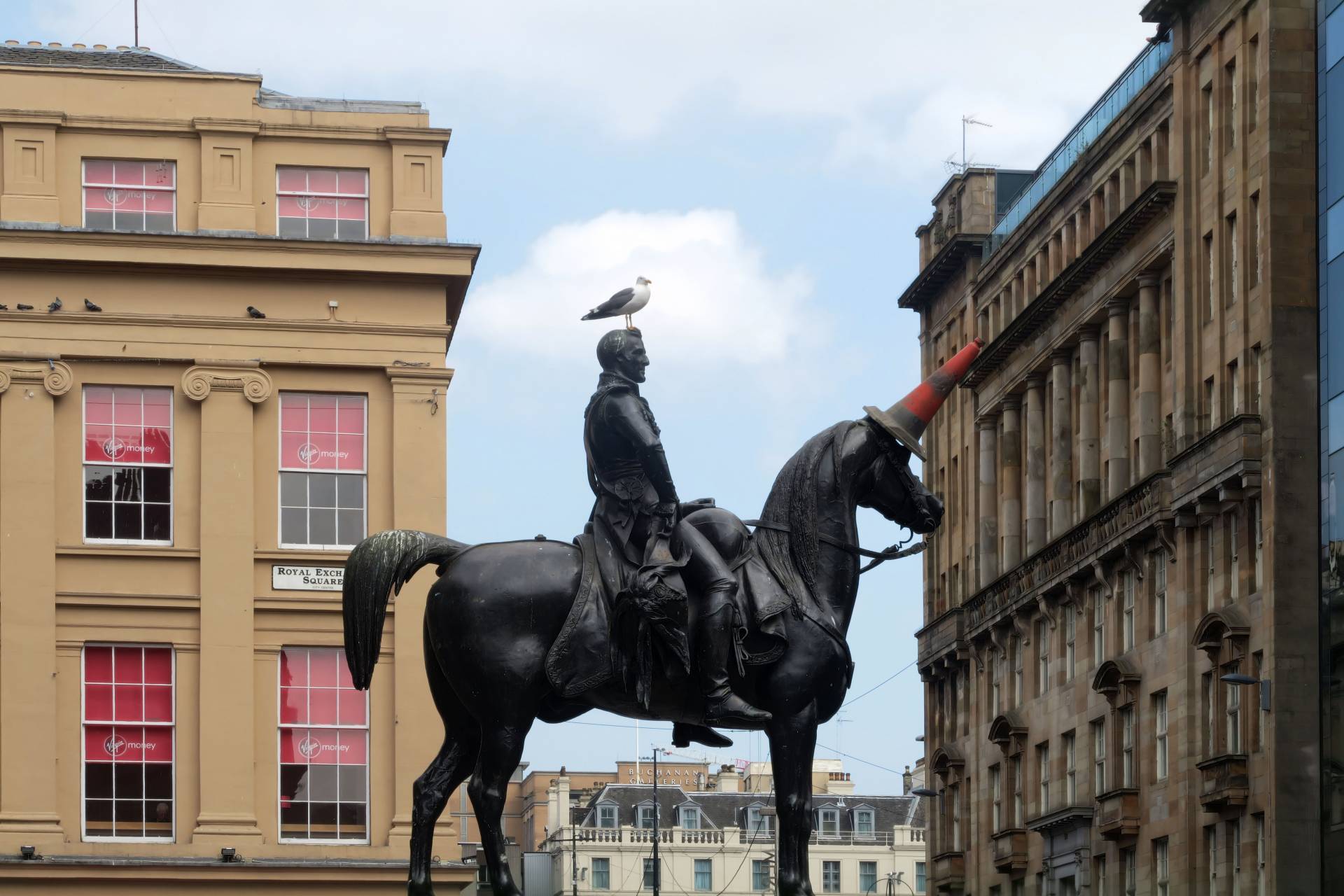 One corner that I remembered from my previous visit was the Gallery of Modern Art, or more affectionately known as GoMA. After seeing so many postcards & fridge magnets with ‘the statue and the cone’ (the result of a student prank is now a famous image synonymous with Glasgow) we headed to see it in the flesh only to discover a slight twist; the cone being as a unicorn horn!

There was time for a quick spin of GoMA before I said bye to Jessica & Penny and headed off on a solo Glaswegian adventure to the west end for the Kelvingrove Art Gallery and Museum and the Glasgow Botanic Gardens: 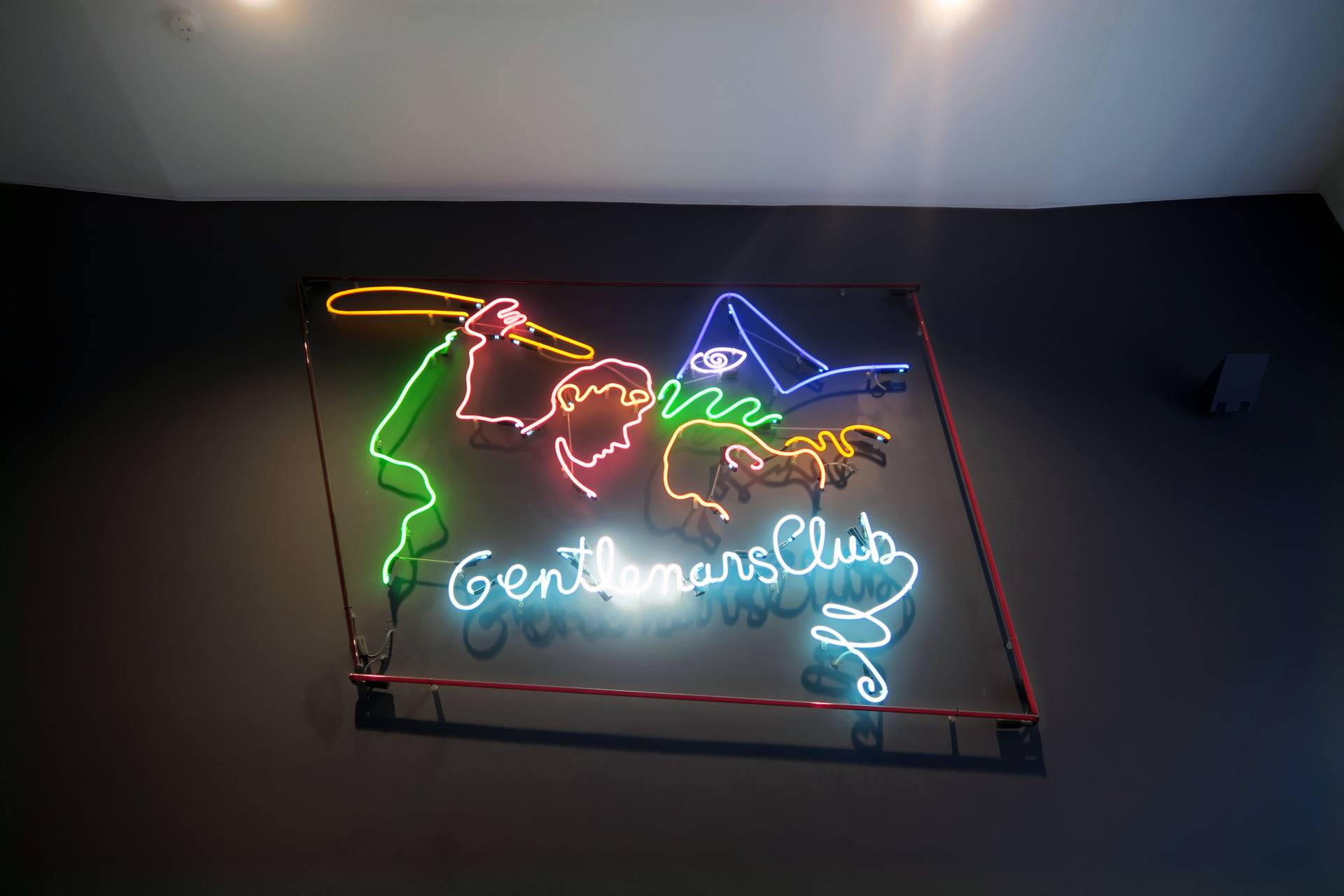 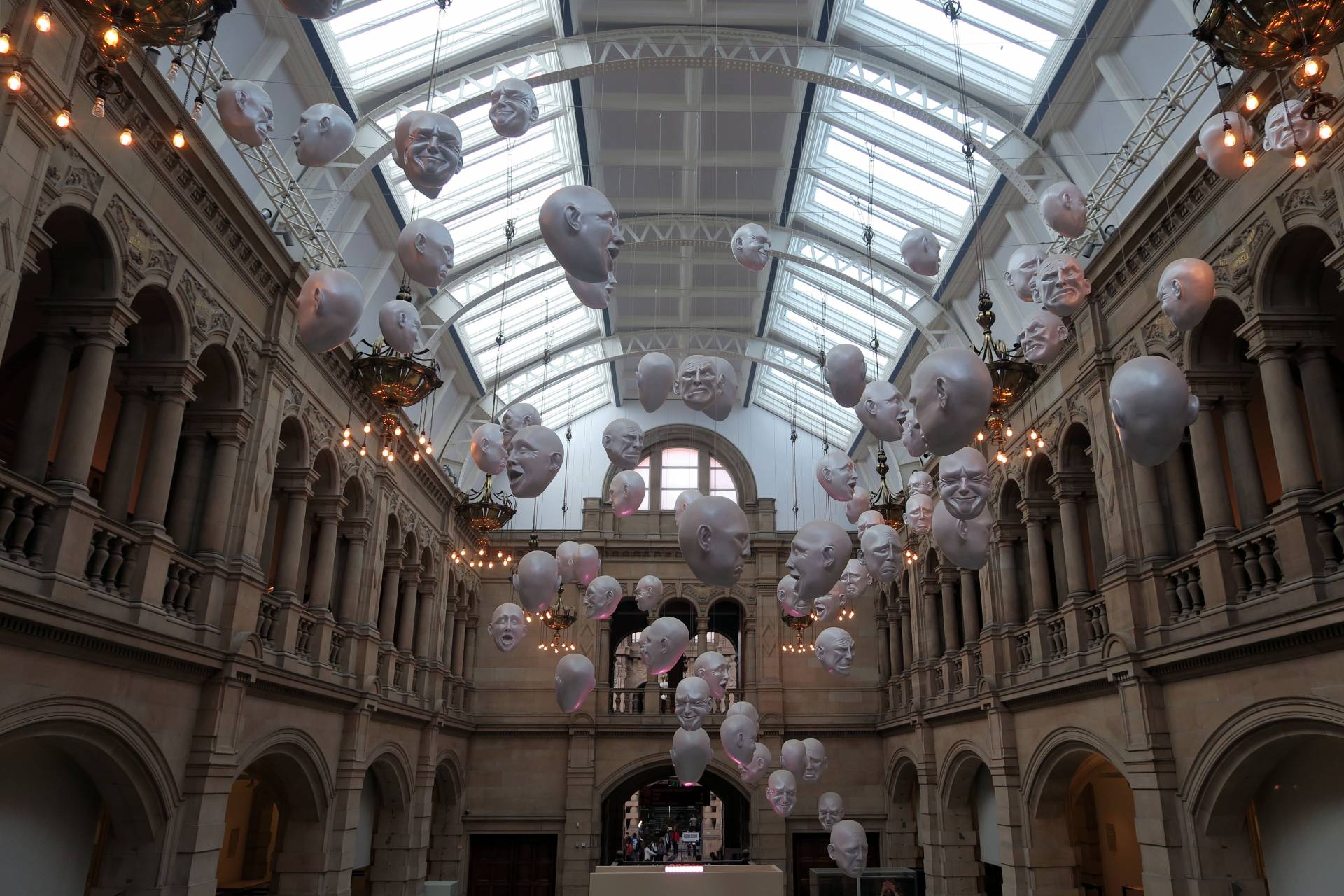 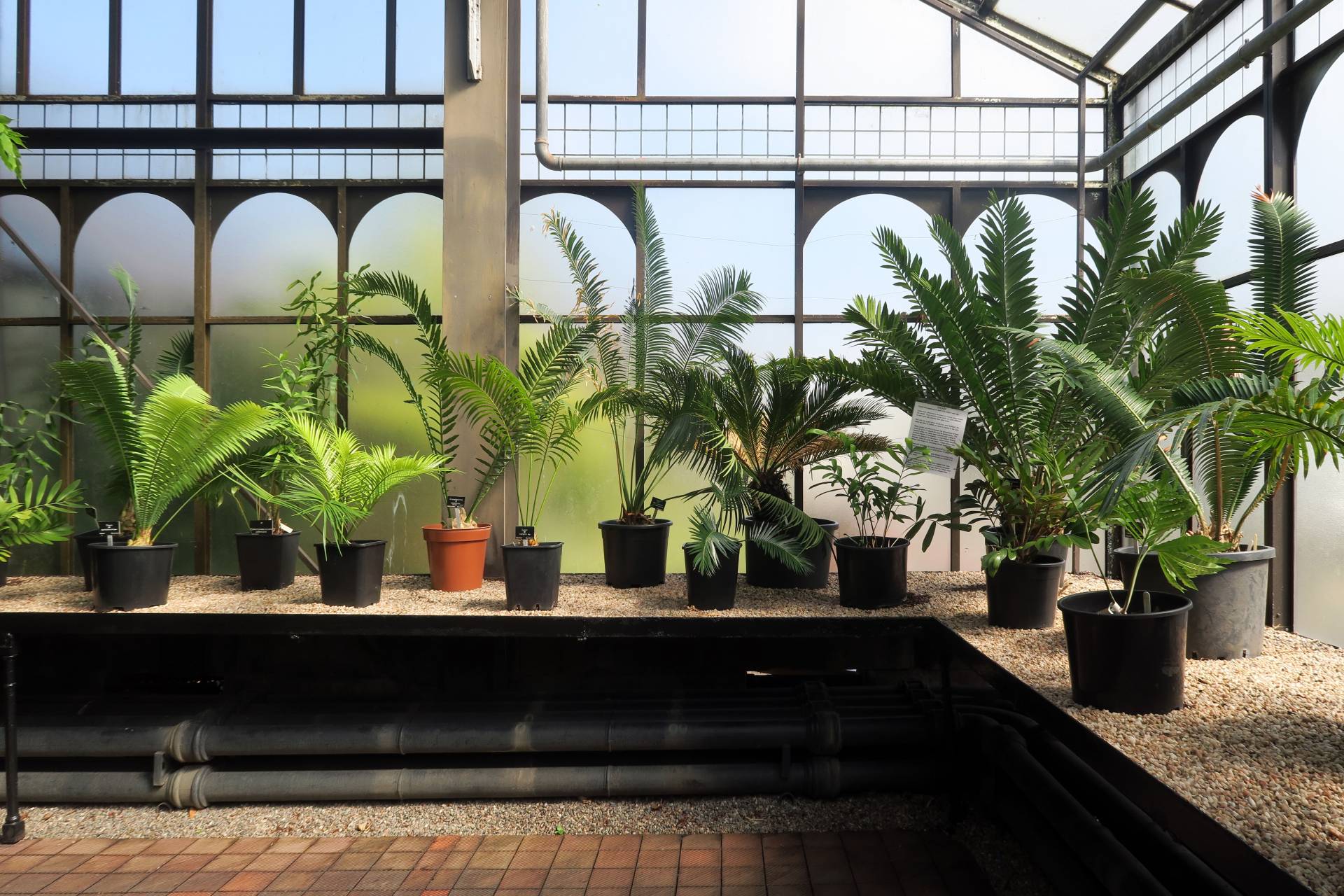 I shouldn’t complain as it was beautiful, but I wasn’t prepared for Glasgow to be so sunny – I was baking in my giant coat! After wandering the streets for a few hours (Glasgow has it’s own city centre mural trail btw) I was absolutely knackered and decided to head to the airport 3 hours early for a sit down with a packet of Haribo for sugar. Travelling is so tiring but I’m glad that I was awake to witness this glorious sunset on the flight back to London – definitely a better parting gift than a Glasgow Kiss! (You might wanna check urban dictionary if you don’t know about that…ha) 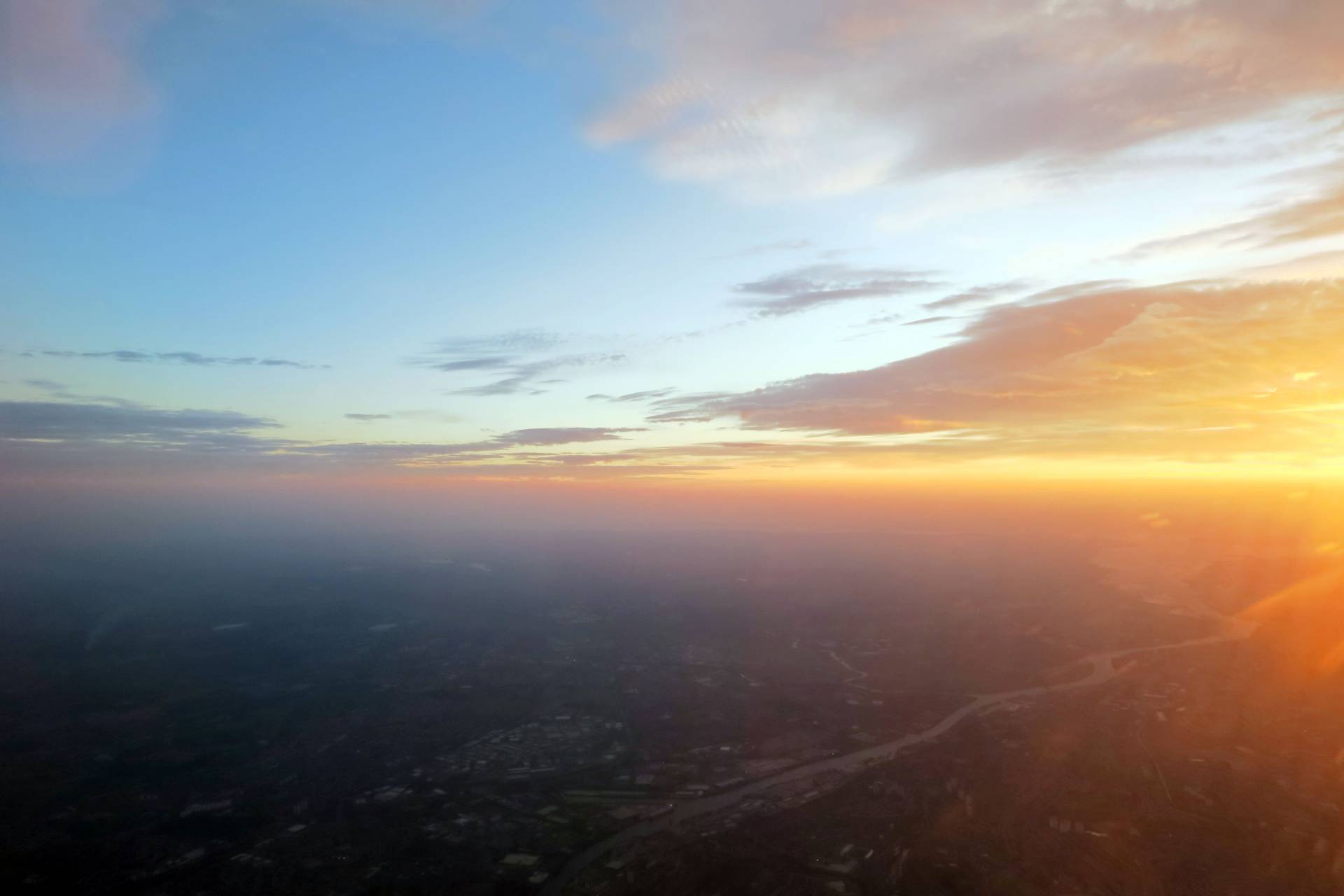 Thanks so much to Fedrigoni for looking after me in Glasgow; a whirlwind of a trip but definitely a great way to spend 24 hours. I wish I could travel & explore more cities with design as an excuse – that’d be the life, hey!

Tickets for the Made In Italy London event later this month (Wednesday 21st June) are now available so get yourself a ticket and the line up is looking great – I’ll see you there! The series finale will be in Manchester, so any Northerners should keep an eye out for more info on that soon.

Don’t know about you, but all that talk of Viennetta has made me hungry – Ciao Bella!

Art in the wild

When life gets in the way...