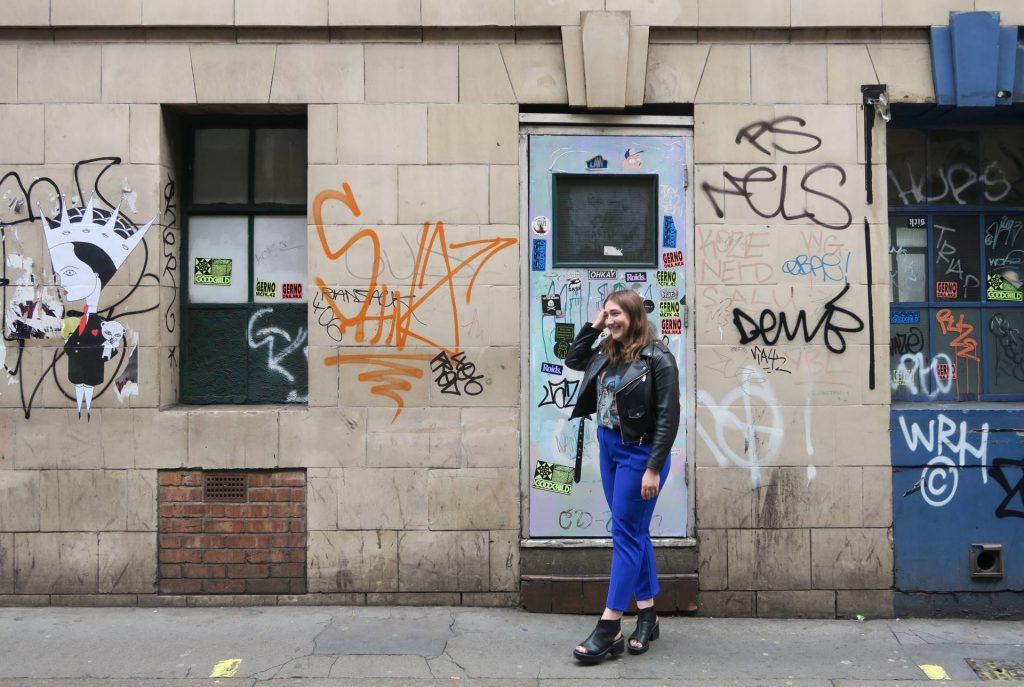 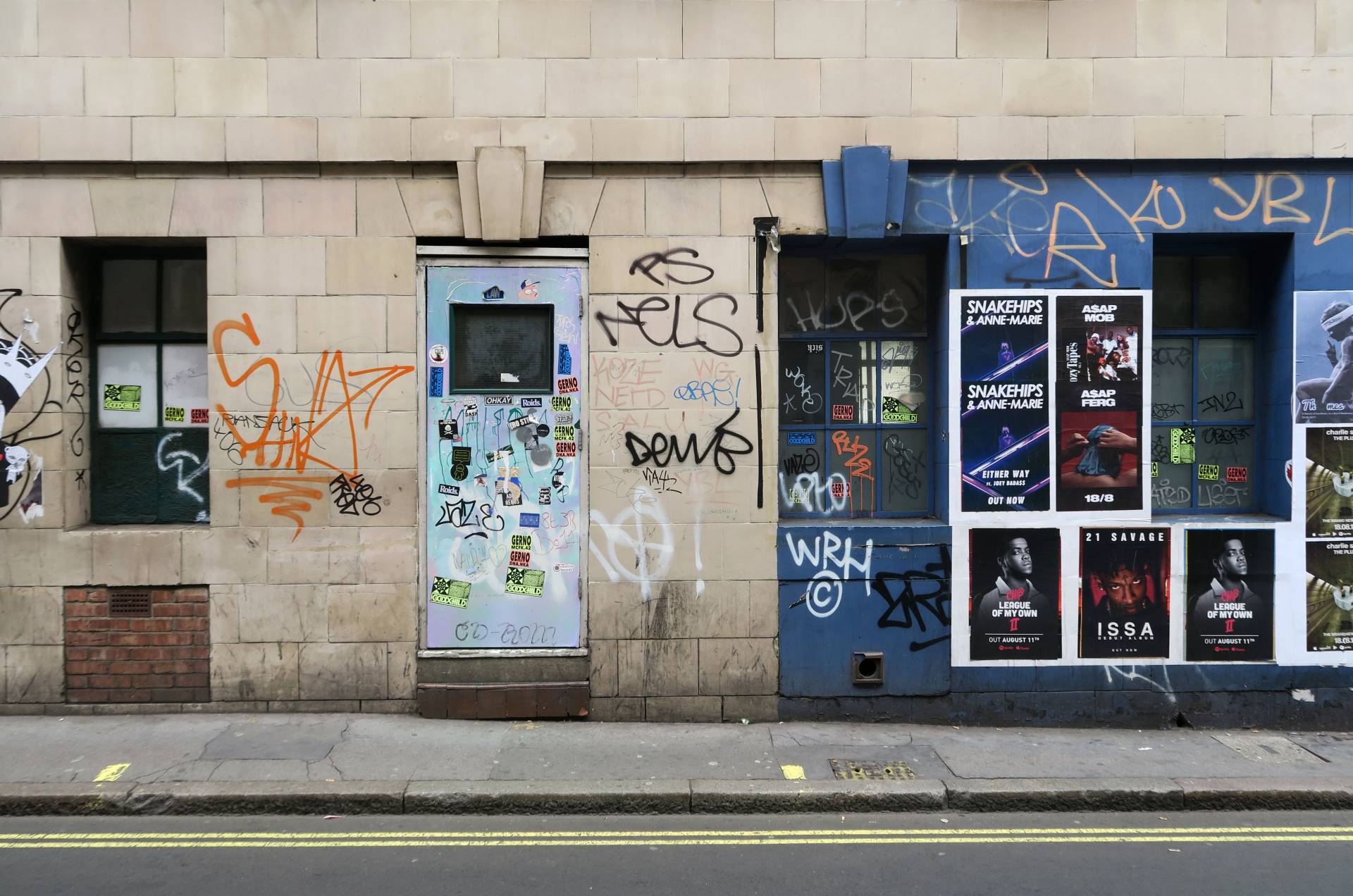 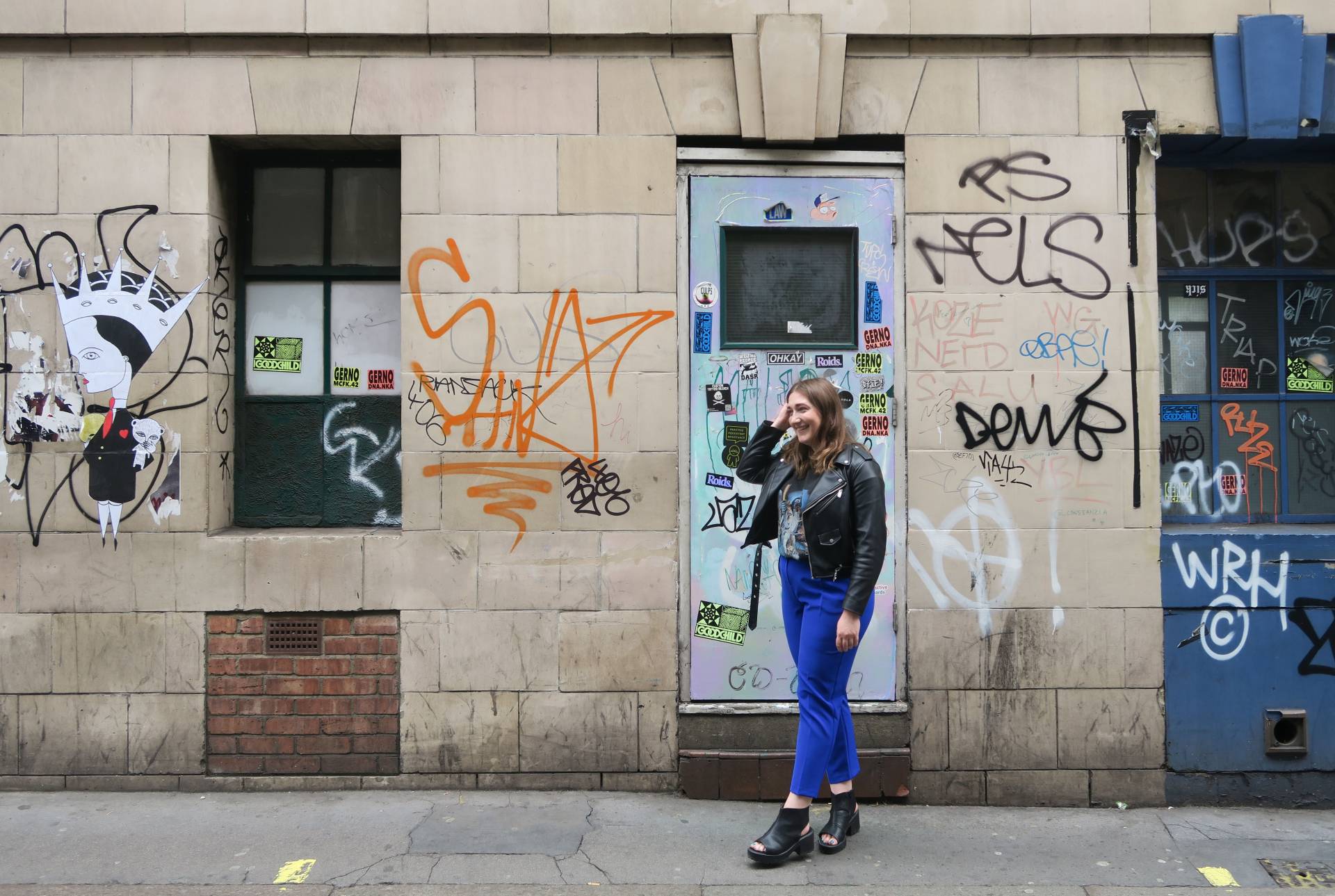 A long time ago in a galaxy far, far away… I was wandering the streets of Soho with Ella when we found a holographic door that matched my earrings. Yep, it was that simple.

I’m so used to snapping grimy graffitied walls in the back streets of Shoreditch, but posing on a busy Soho corner? That was a new experience. But I channeled my inner Princess Leia and used The Force… P.S. Did you know that I’m a Star Wars fan? 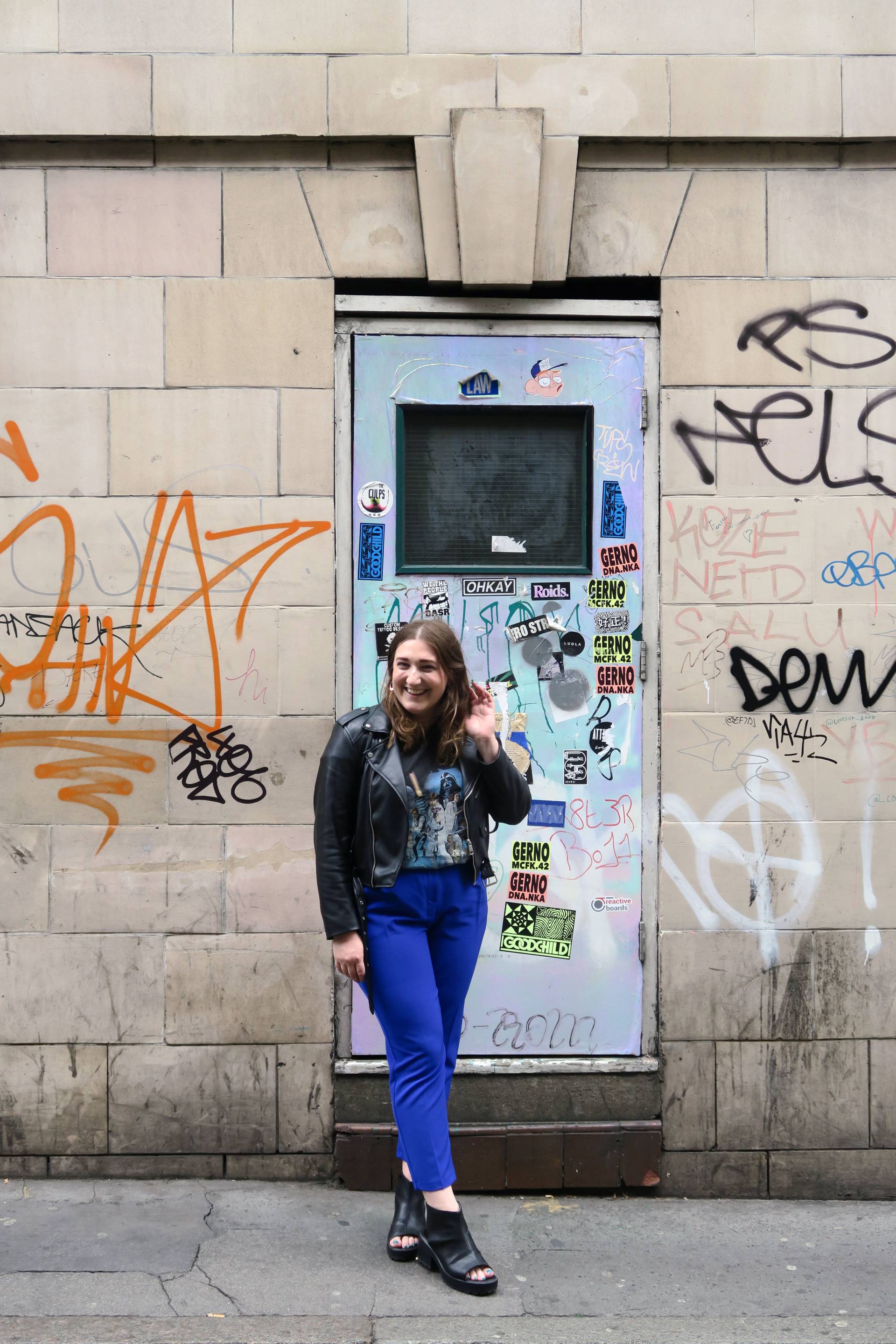 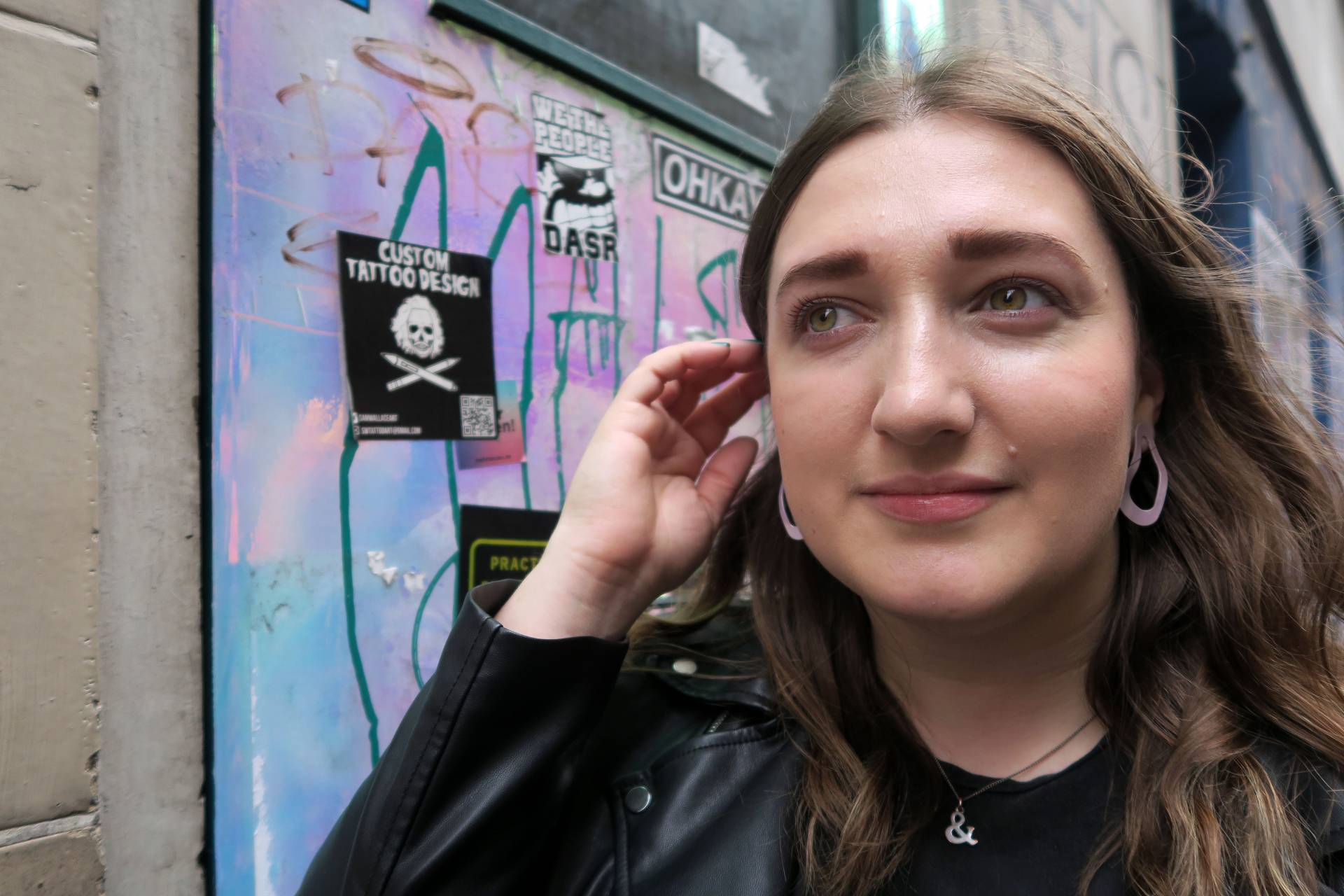 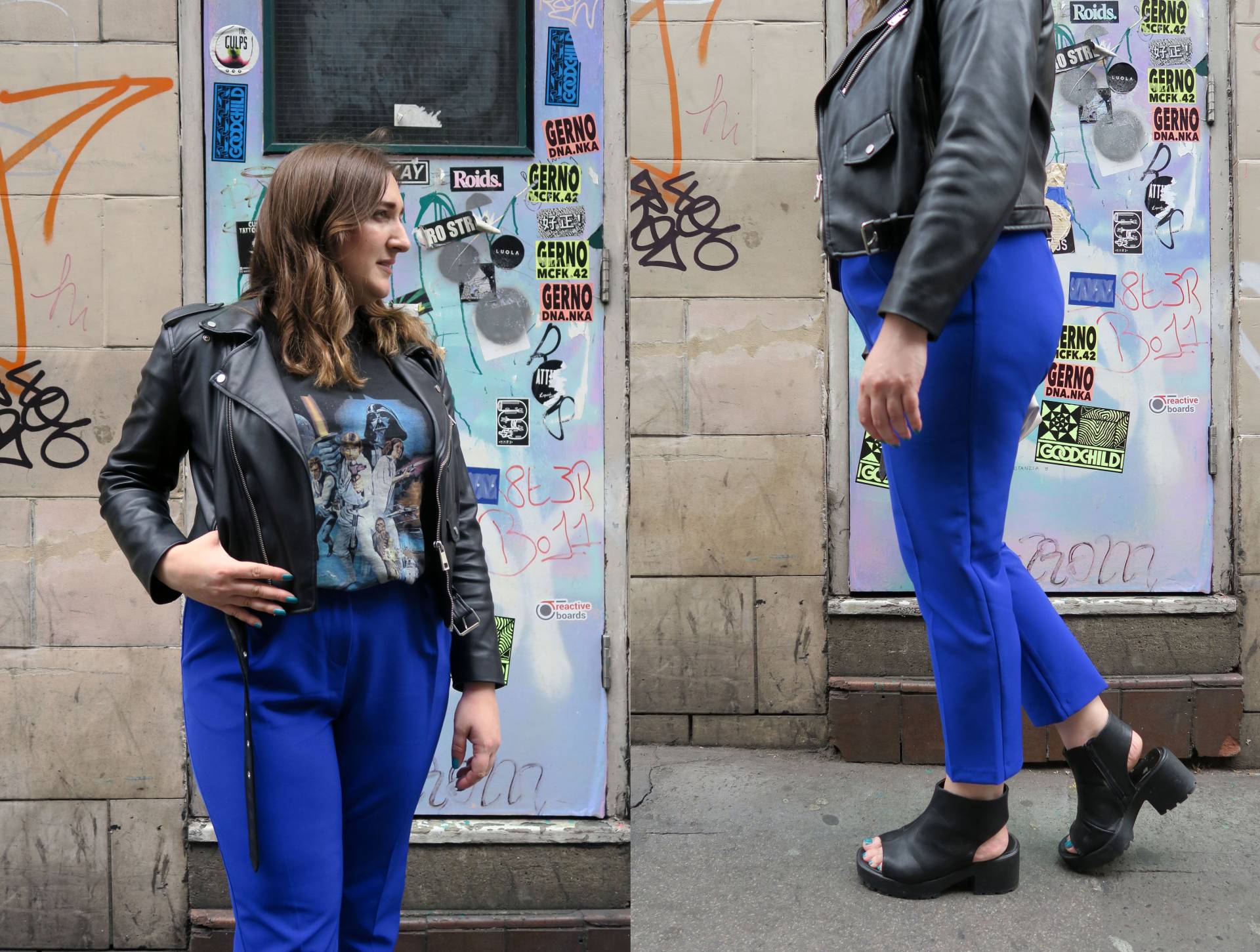 A lot of people don’t understand the Star Wars hype, I get it; Sci-fi is seen as a geeky, weird and a bit scary. BUT lemme share a bit of Yoda’s wisdom with you non-believers: Fear is the path to the dark side. Fear leads to anger; anger leads to hate; hate leads to suffering.

In short, the dark side is bad and let’s all join the rebellion against the Empire. I’m not afraid to be judged because I’m a girl wearing a Star Wars t-shirt. Throw on a leather jacket and I’m ready to take on Darth Vader. 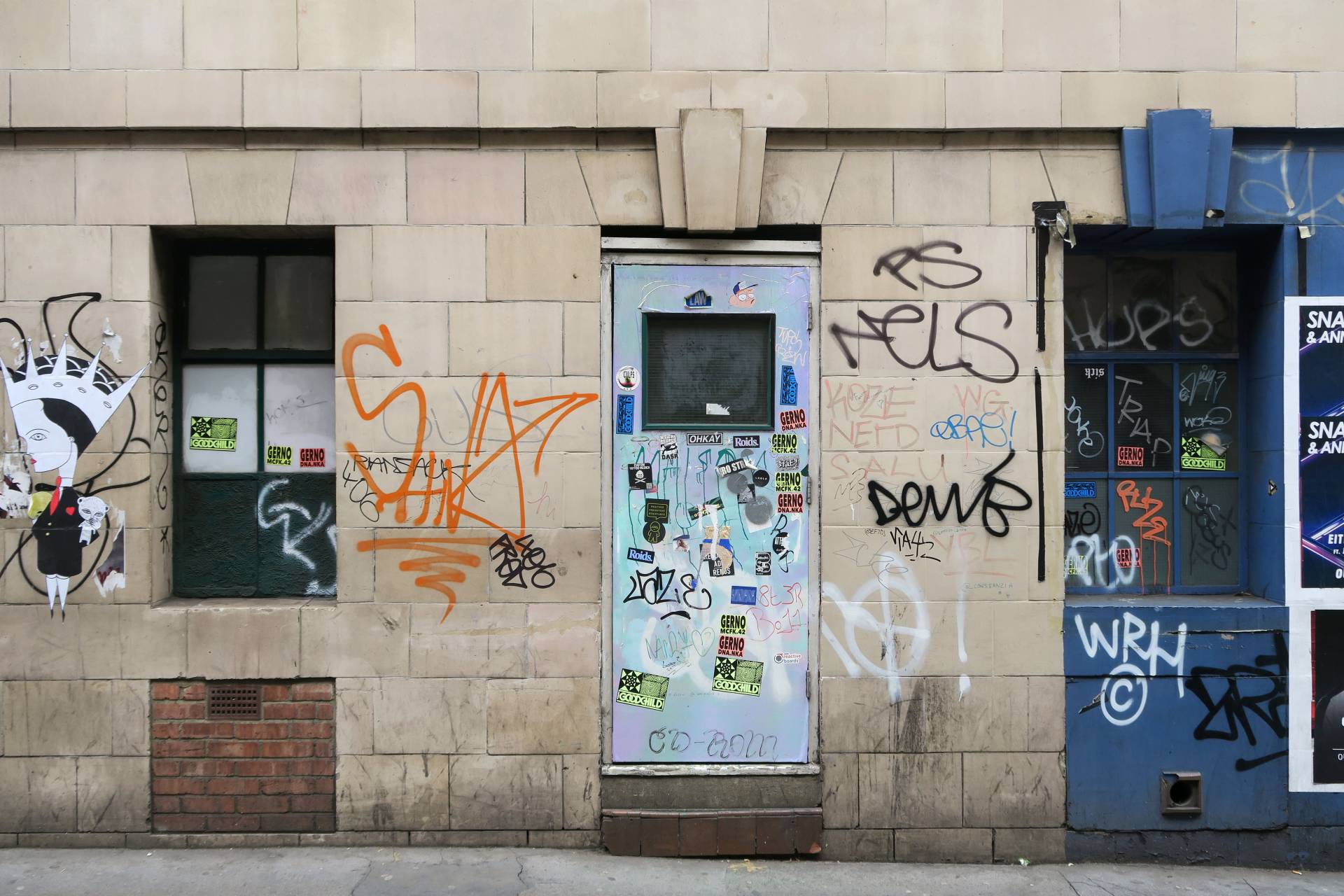 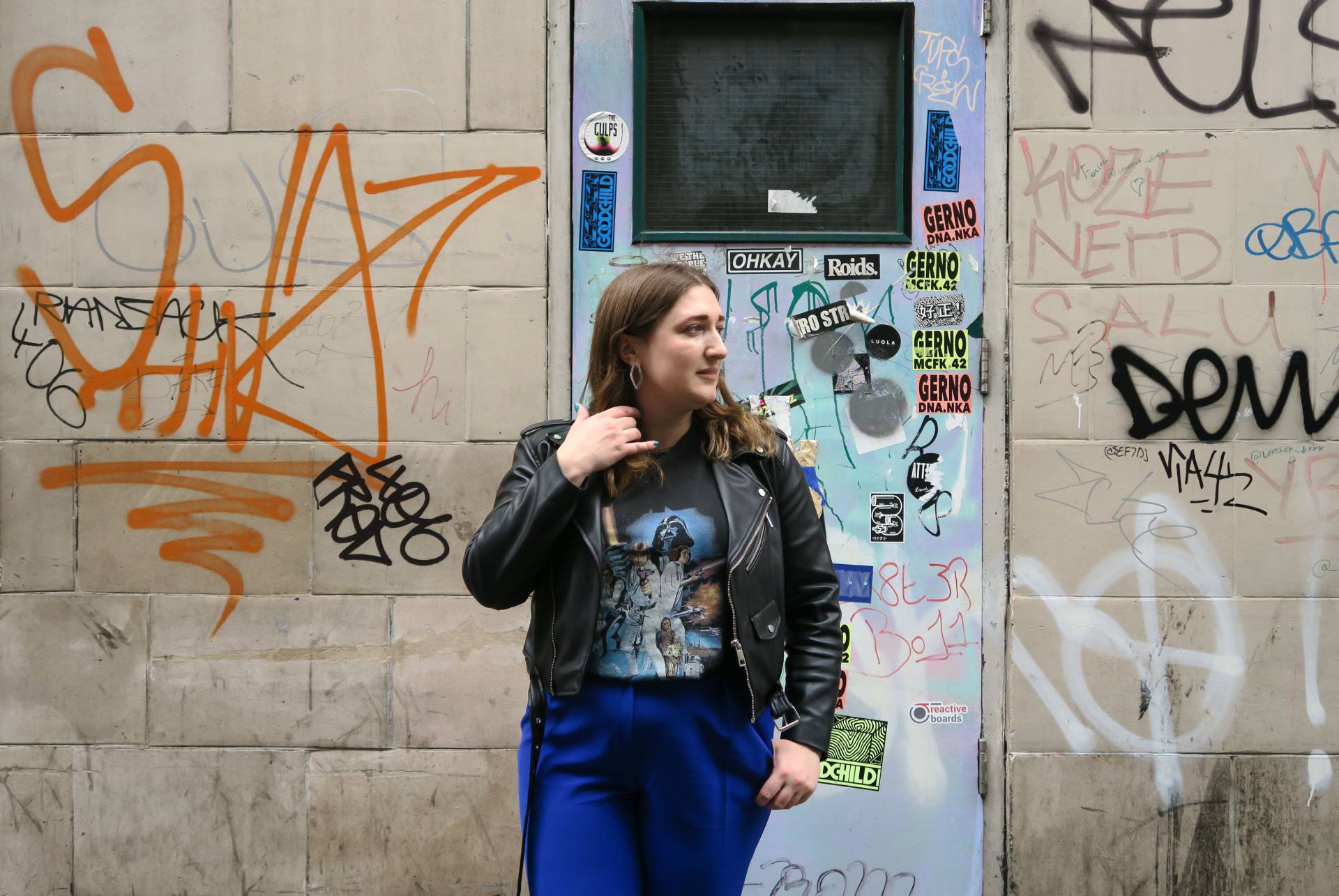 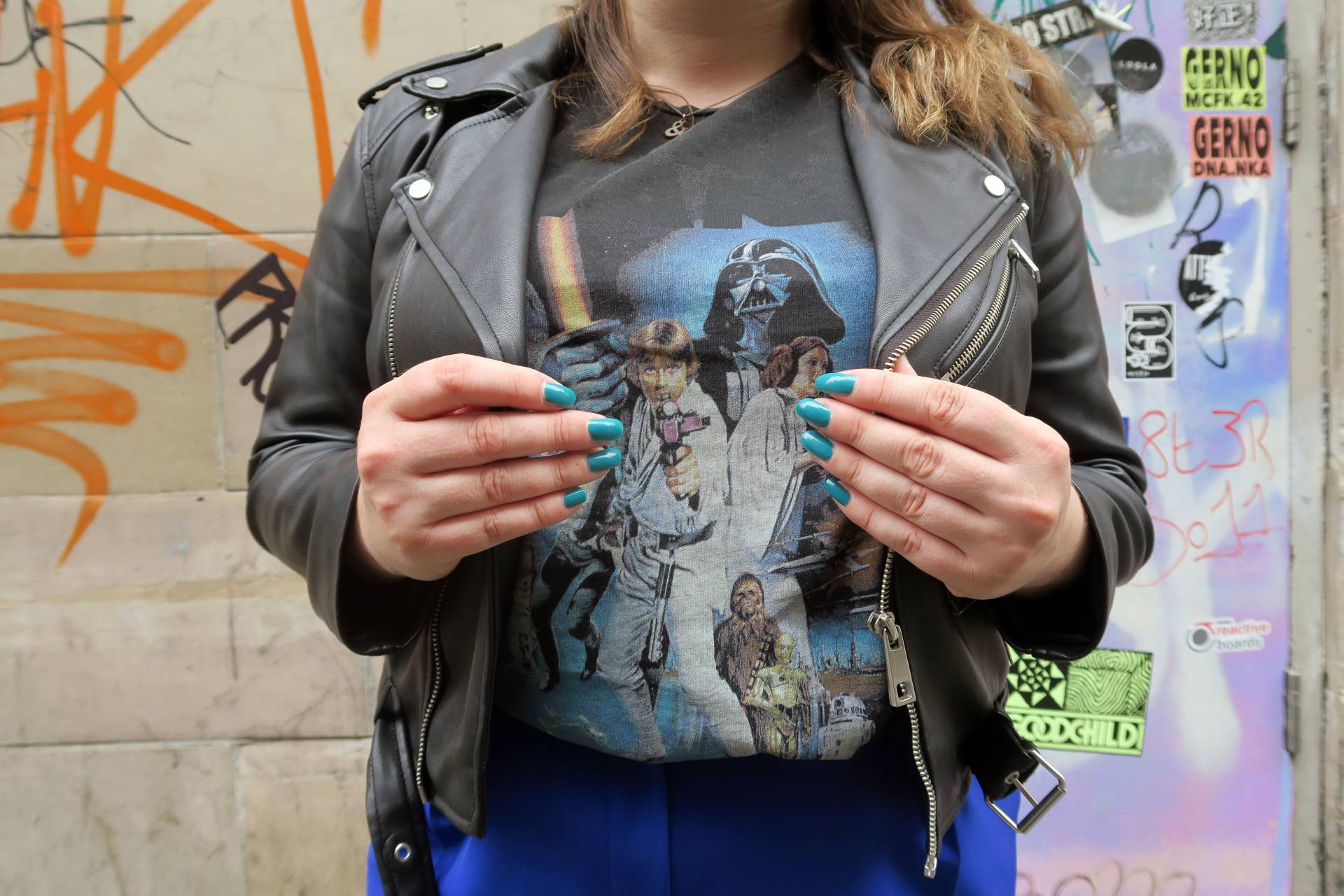 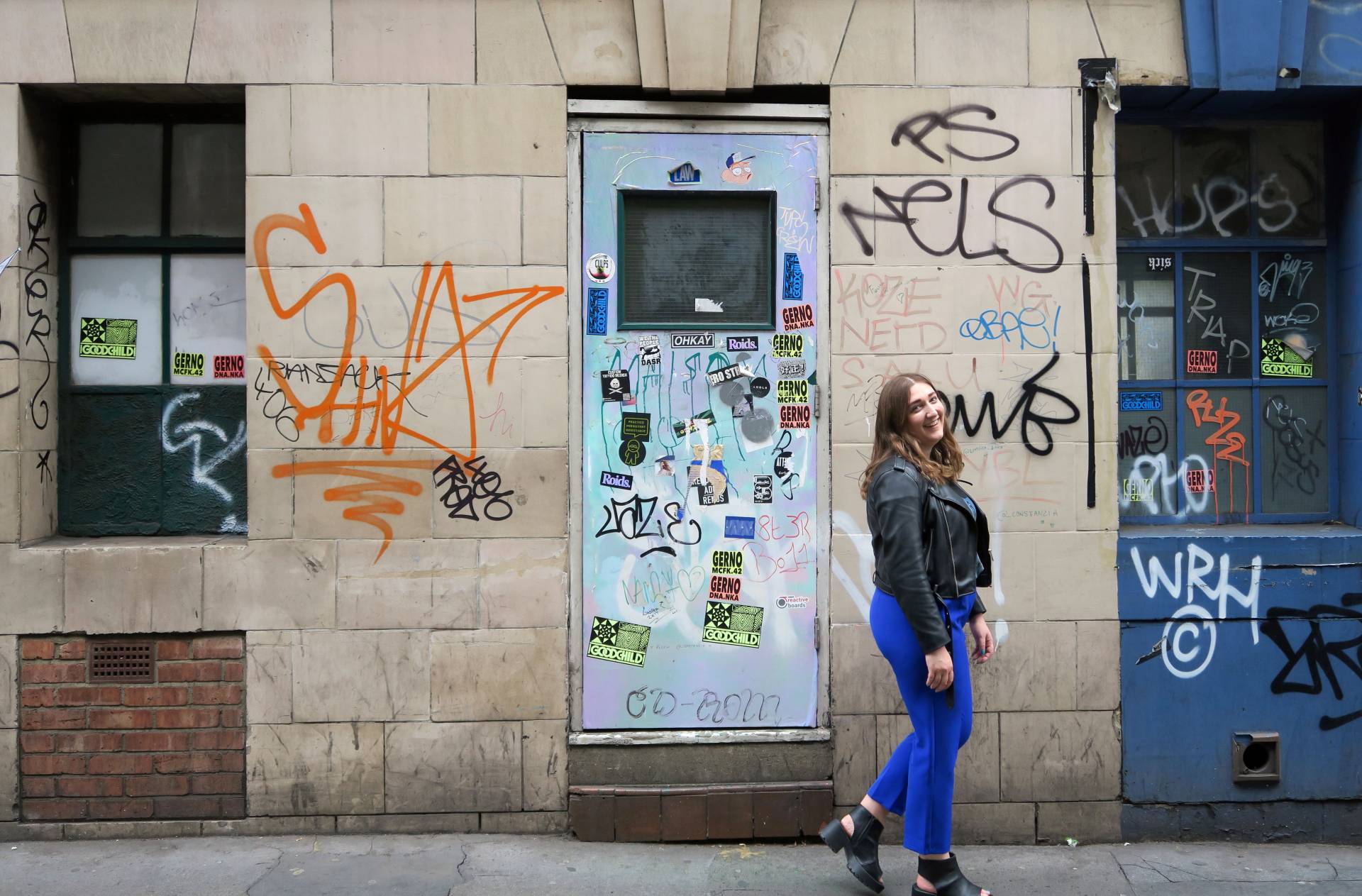 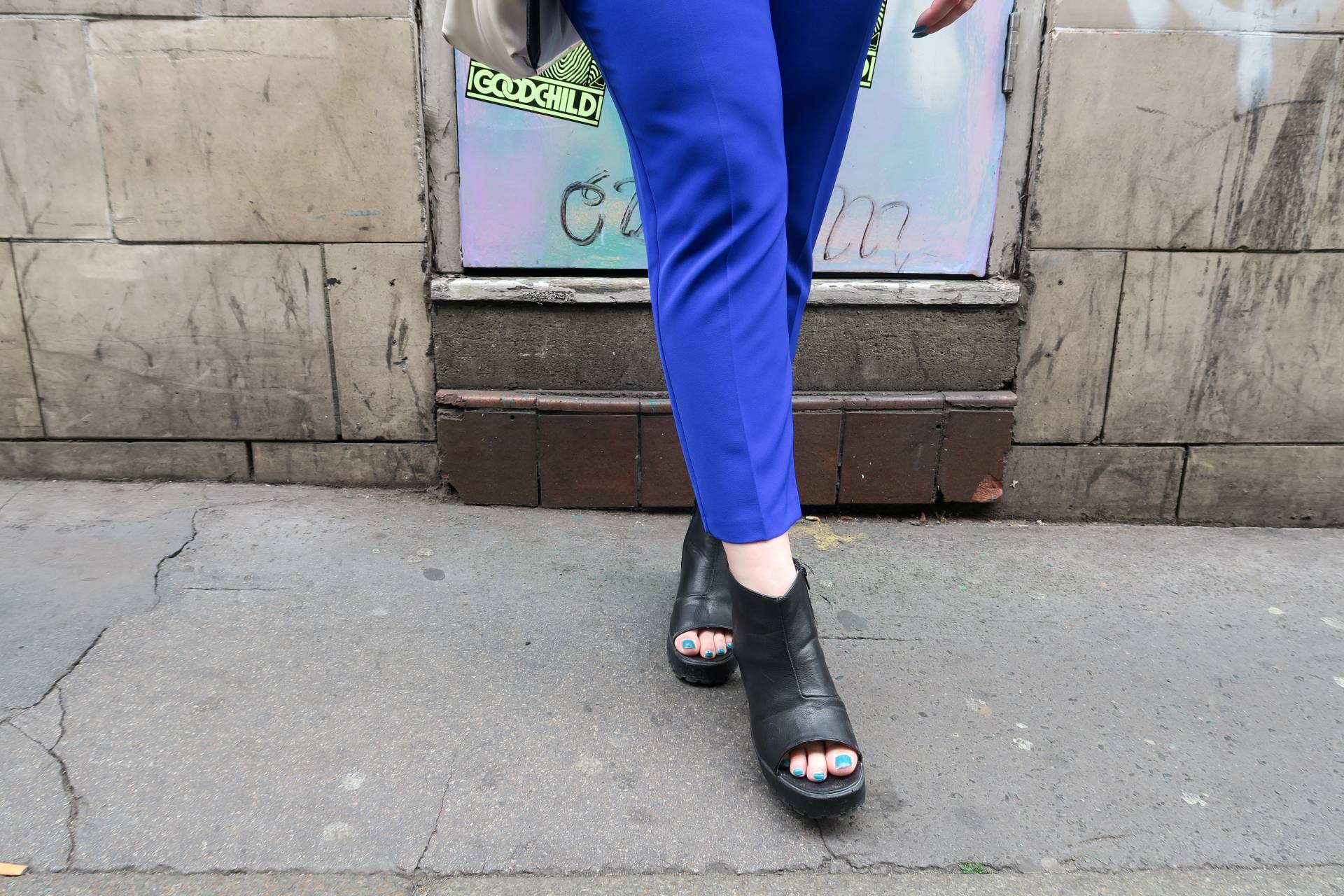 My Grandad introduced me to Star Wars when I was 11 and I can still remember it. He is an amazing man, and I credit him as being the source of my independence, inquisitive nature and ability to make conversation with pretty much anyone. He doesn’t really like watching TV or films, preferring to listen to his radio (although he is partial to a bit of David Attenborough), so when he wanted to watch Star Wars I knew it must be pretty special. We watched ‘A New Hope’ which is the 4th film in the overall story but the first to be made back in 1977, and I was instantly hooked.

Grandad’s not a big fan of the newer films (I think there are too many special effects for his liking) but I treasure those memories and have continued to enjoy Star Wars ever since – the music, the characters and the themes. There’s romance, a hint of feminism and fluffy teddy bear kinda creatures too (Ewoks); whoever said Star Wars isn’t for girls is totally wrong.

My knowledge of Jedis, Jabba the Hutt and Jar Jar Binks has served me well, coming in handy at school and giving me an ‘in’ with the boys. It continued to pay off at University too; Jack used to come to my halls to ‘borrow’ my Star Wars DVDs – who knows where we’d be now without a bit of help from Obi-Wan Kenobi?

…But of course I’ve never told my Grandad about any of that! ha 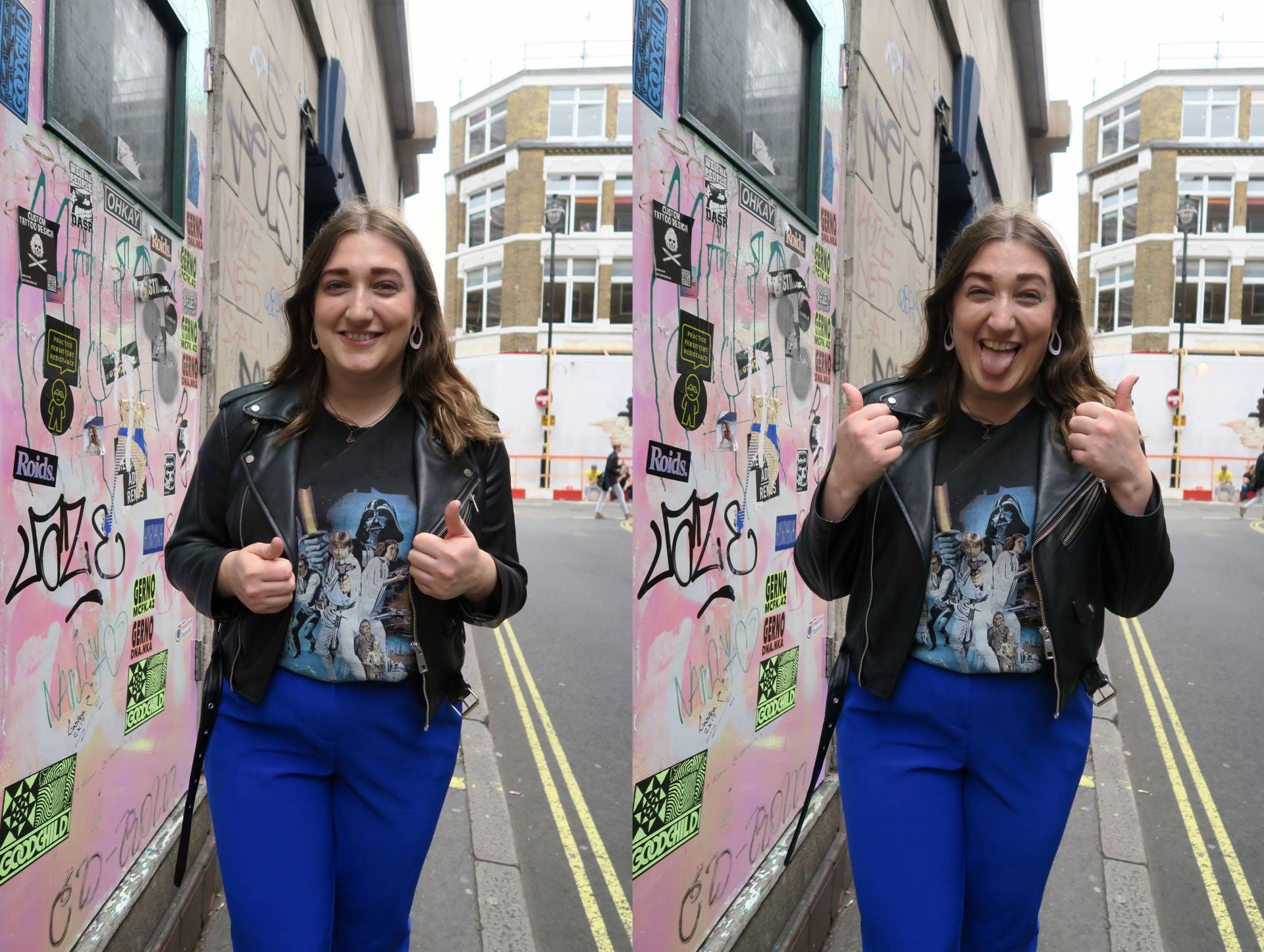 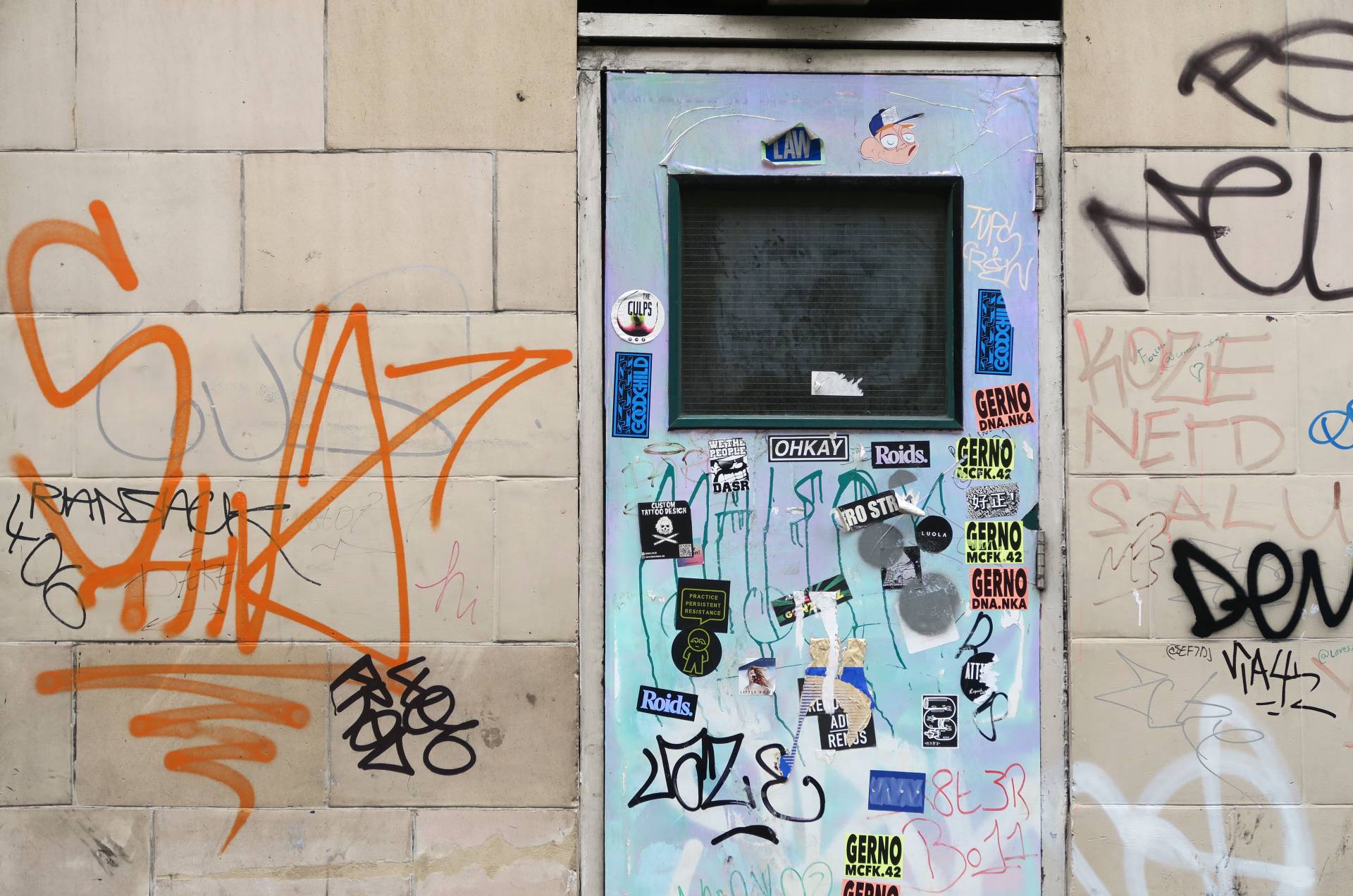 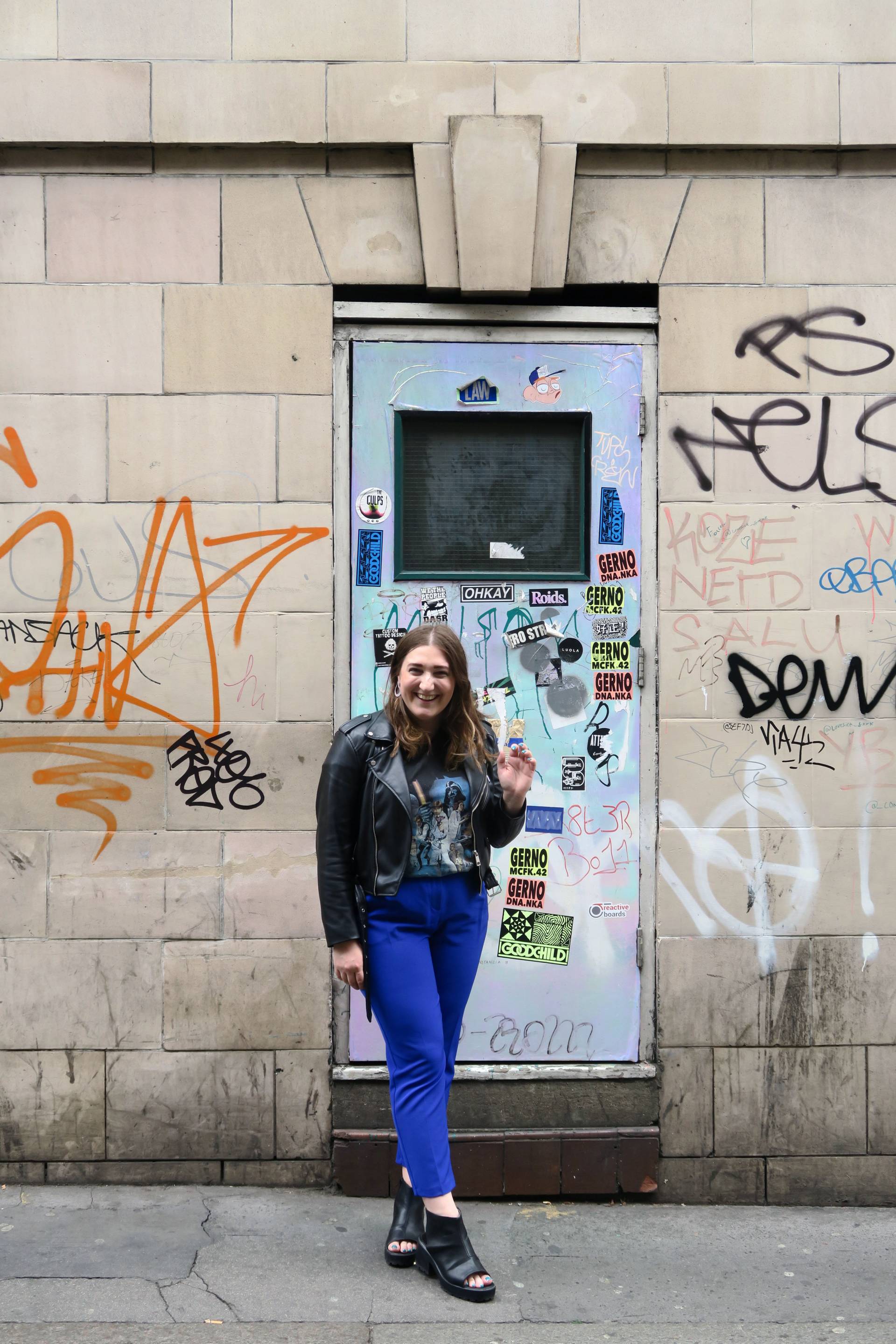 As someone who is usually dressed head to toe in monochrome, these bright blue trousers were totally out of my comfort zone but when I met Ella for coffee one of the baristas said ‘I’m living for your trousers’ so that made my day/ helped me make my mind up about them.

The straight shape could be quite formal so I decided to style them down with a grungy tee and I felt good about it. Matching fingers and toes might’ve played a part in it too – I discovered this shade which is an almost perfect match to the recently revealed World’s favourite colour. 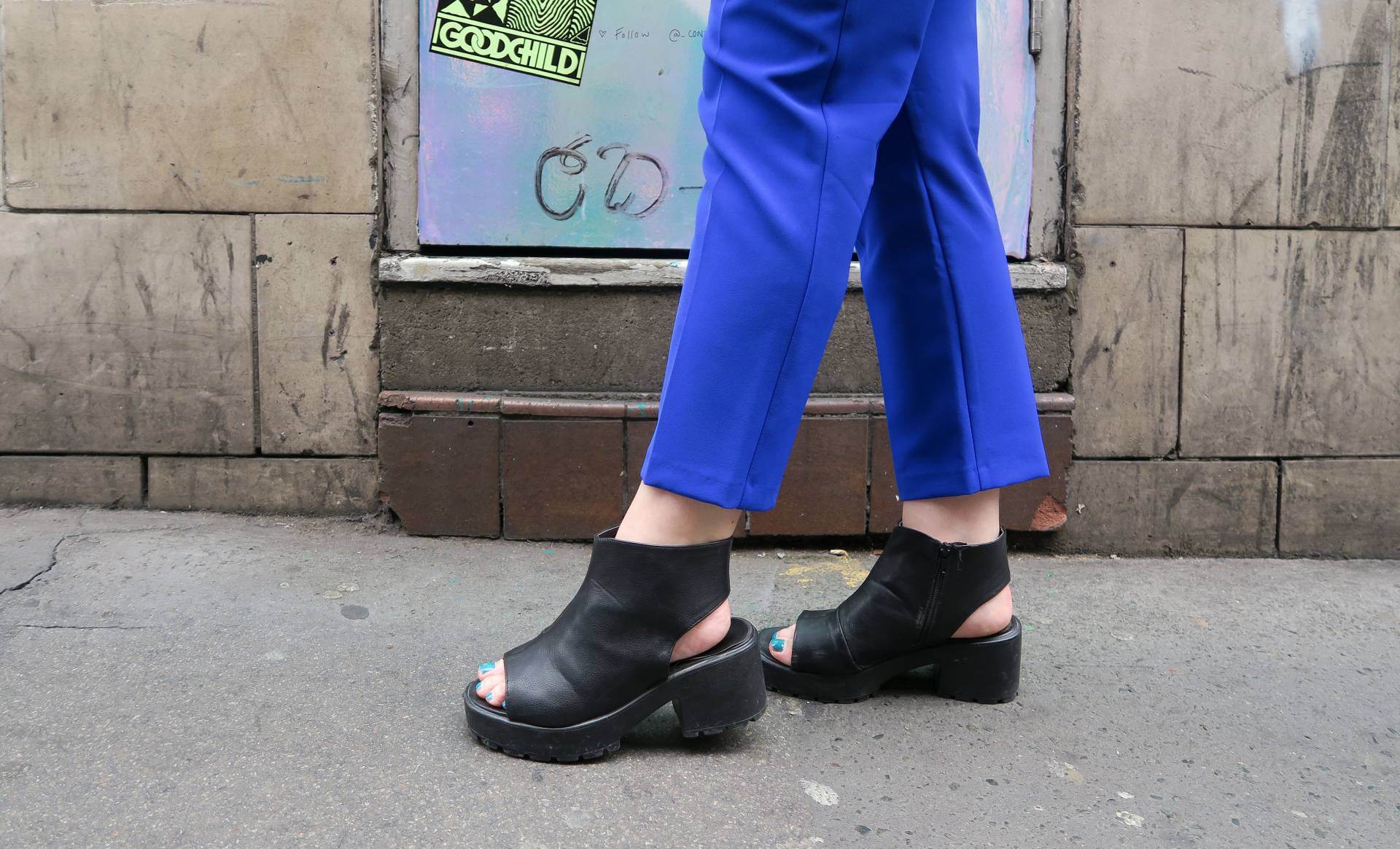 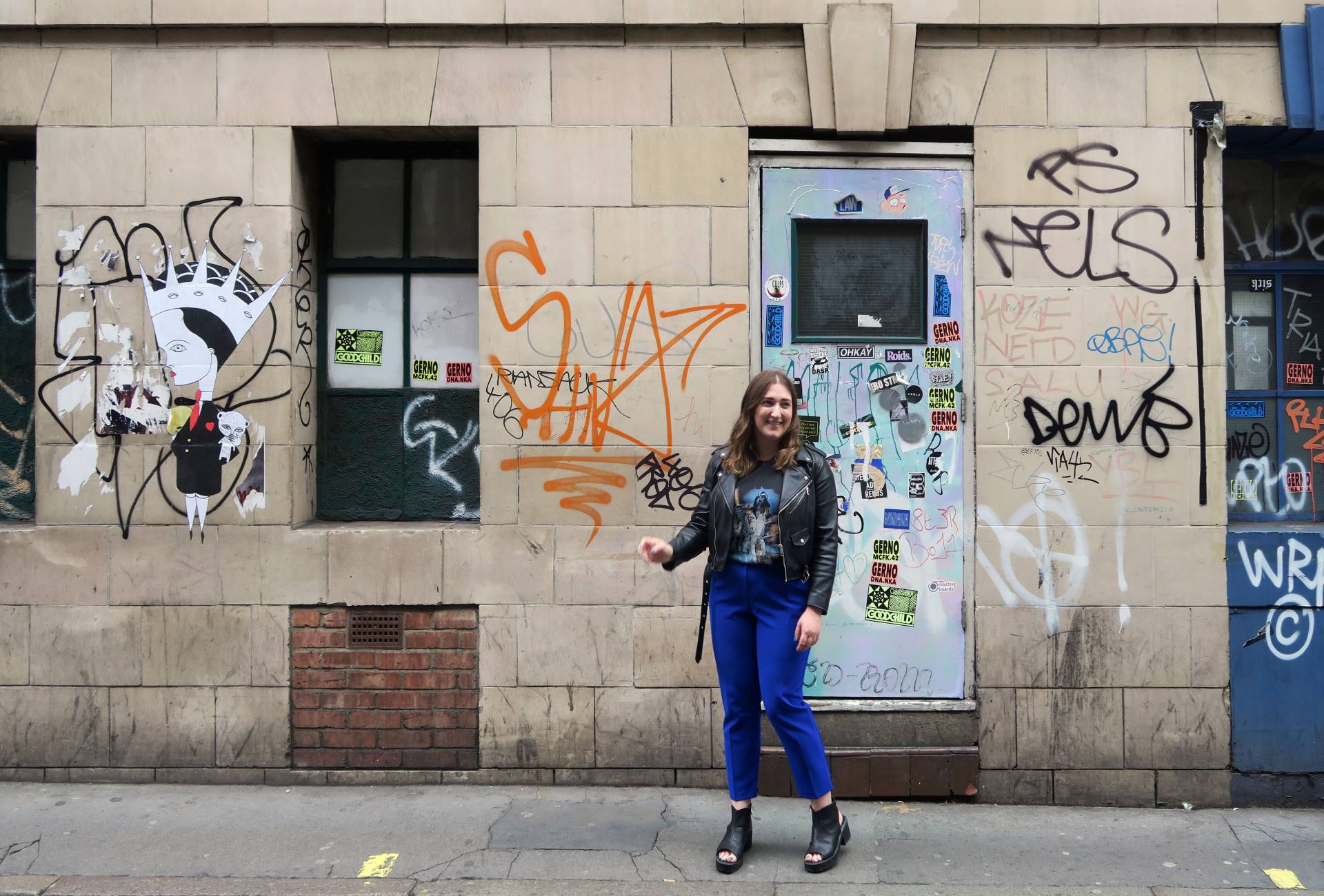 I guess what I’m trying to say in all of this is don’t be afraid to like what makes you happy, even if it goes against the norm.