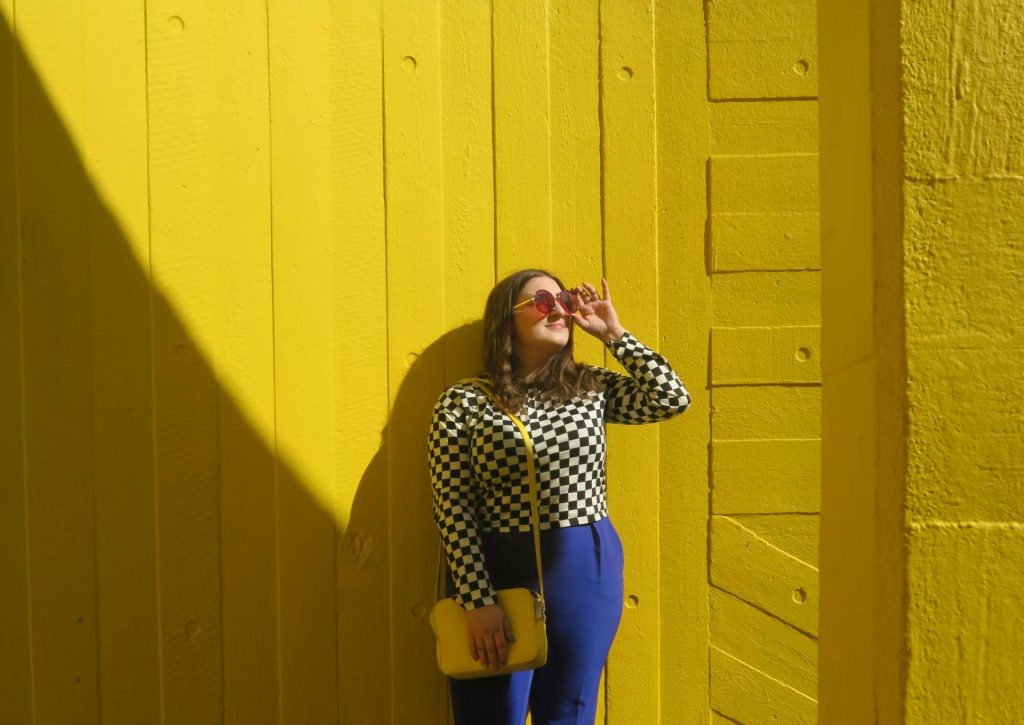 Hello sunshine! The majority of Britain is over the moon about all of these blue skies and sunny sun – everyone seems a bit happier anyway. Londoners are embracing the heat; walking instead of sweating on the tube, eating lunch in the park and meeting for drinks in the evening because we need to make the most of every second of this unusual summery summertime. Plus, you know us Brits love a bit of small talk about the weather. However, as much as I’m loving the improved city atmosphere, I’m feeling really weird at the moment… a bit meh. 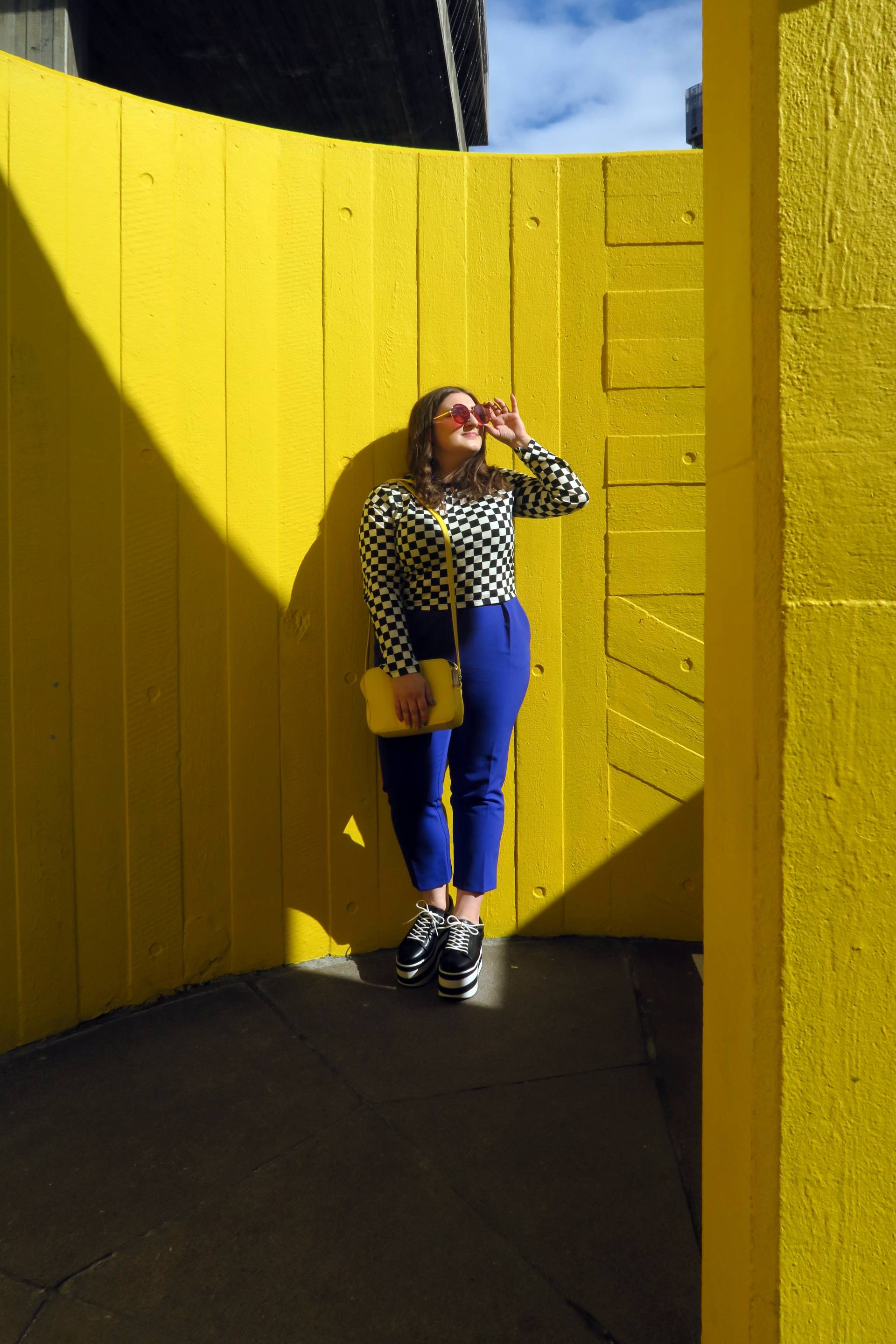 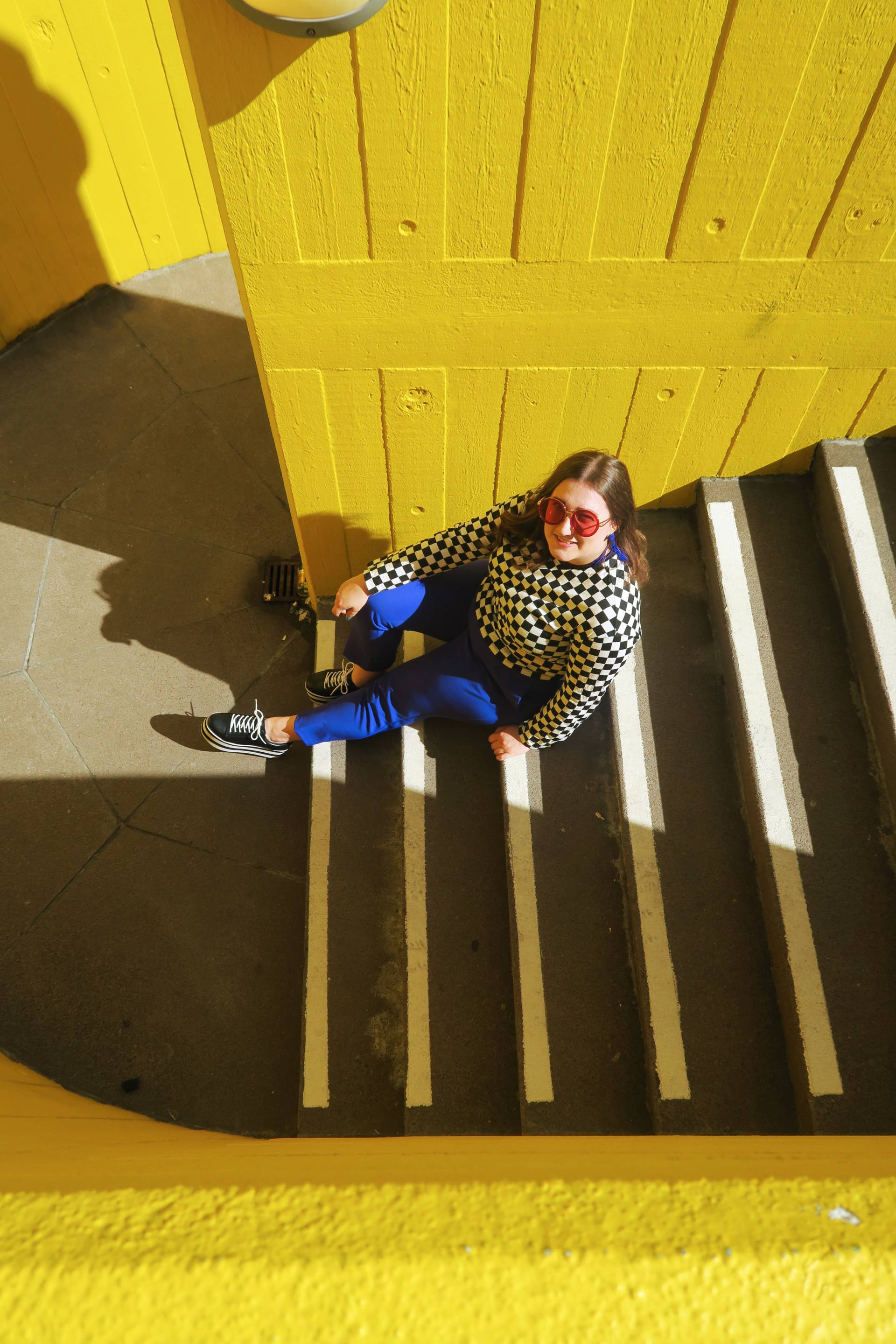 Meh? Ok, so I don’t really know how to explain it, but I just don’t feel like myself. I feel quite restless. I’m used to things being a little bit up in the air – that’s one of the most exciting things about being a freelancer. But at the moment something just isn’t right. I’ve got an itch for change.

I know something needs to change.

And I know I’m the only one that can make this change.

Last week someone described me as an enigma, and recently others have been surprised when I told them that I’m a Freelance Graphic Designer. They didn’t know. Now, I don’t know what people think I do all day (because I’m definitely not a full time blogger ha), but this made me realise that I am really really bad at self promo. I already knew that I can be quite awkward talking about my skills, but now it’s got to the point where it’s actually starting to annoy me. I’m holding myself back from achieving my full potential!

One of my most annoying and kind of endearing qualities is that I don’t know how good I am. I’m modest and almost apologetic about my abilities. This is actually an awful trait to have as a freelancer because it’s all about having the confidence to stand on your own and know that you can use your skills to deliver the work. Which I can, but almost always question myself.

Last week someone approached me to make a video. They’d seen my videos and wondered if I could create a similar thing for them. Honestly, my immediate thought was ‘I think I could do it’. Even though they had told me they already liked my work, I doubted if I was capable to do what I was already doing. WHAT IS WRONG WITH ME!? Just incase you’re wondering, I checked myself, said Yes and then spent the rest of the day being really annoyed at myself.

It’s all about the confidence!

Recently I’ve read a lot about the difference between male and female approaches to career confidence. The general consensus is that when it comes to jobs, typically females won’t apply if they don’t think they meet 100% of the criteria. And if they do apply they play down their abilities and are too honest if they can’t do something, whereas males will apply even if they don’t tick half of the boxes and would wing it. Nobody likes arrogance, but as Gok Wan once said; ‘It’s all about the confidence!’

Basically, females are often rubbish at blowing their own trumpets. I definitely saw myself in this and wondered if I was alone in my lack of self confidence, so I asked Twitter.

Ladies, if someone asks you if you can do something (create or make or organise etc) that is within your skill set, what is your immediate thought/ answer? 🌈✨💗 (RE: my tweet this morning) 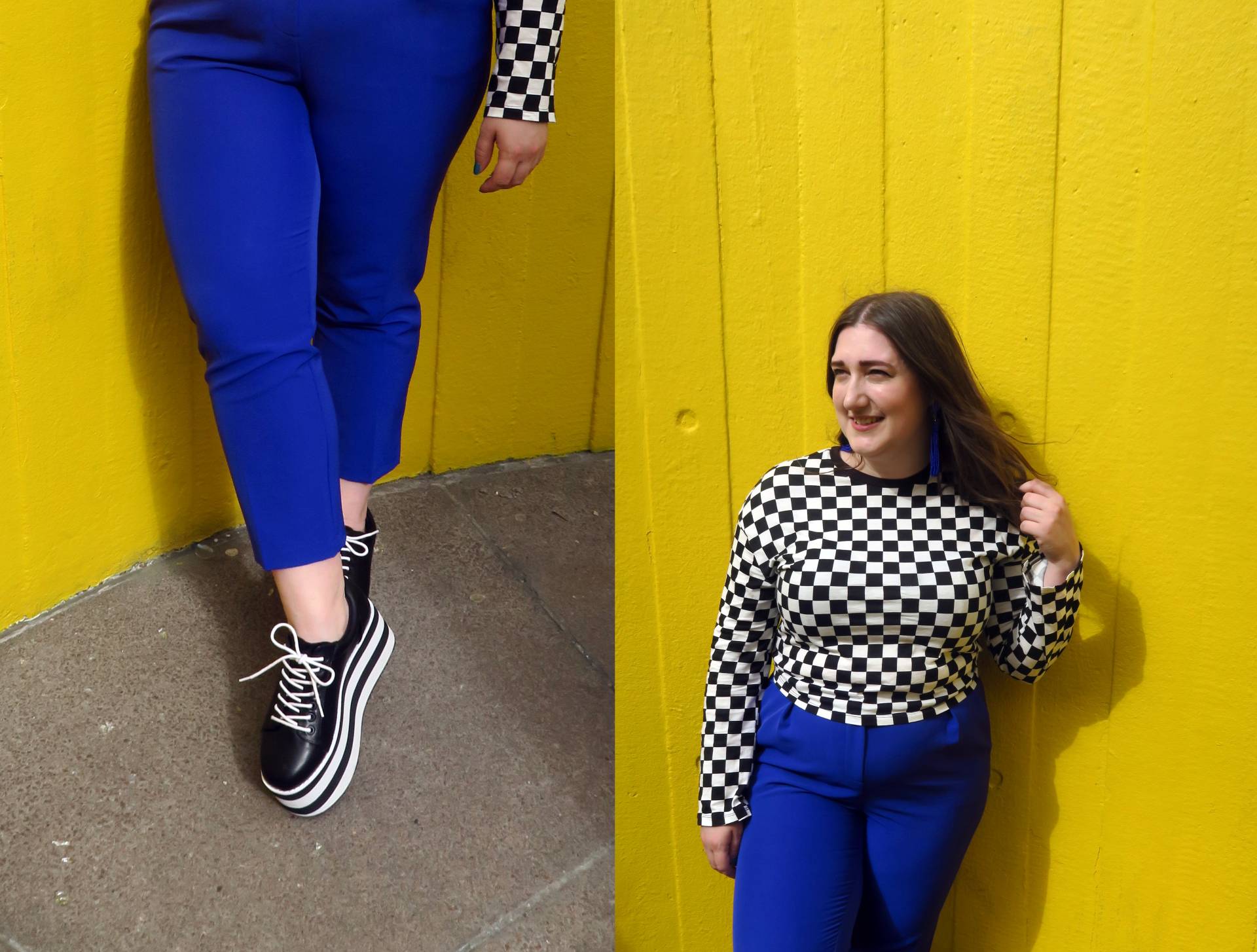 I was pleased that almost half of the answers were a firm and confident ‘I can do it.’ But mostly, the response was from women who behaved the same self-doubting way as me. Obviously Twitter polls aren’t the most scientific way to collect data, but it’s both comforting and frustrating to know that I’m not alone.

I love to analyse and find answers, so I took a trip down memory lane to find a reason for my lack of self confidence. The other month I discovered a folder of certificates from my time at high school – commendations and records of achievement. But I didn’t feel good about them. I have a vivid memory from an end of year assembly, where I was made to stand up on my own as I had been awarded the most subject commendations. But it didn’t feel like an achievement – it felt like a punishment. Sadly, it wasn’t cool to be clever or successful at my school (from a student perspective) and I remember dreading going back to class incase anyone picked on me for being ‘teacher’s pet’.

As an adult, I can see that my relationship with success has definitely been affected by this experience. So what am I doing to challenge this?

Well, to start with I’m not going to be afraid to check myself when new opportunities present themselves. I want to be able to put my fears aside and look at things in a more positive mindset – if I can do something, I want to be confident in saying yes. 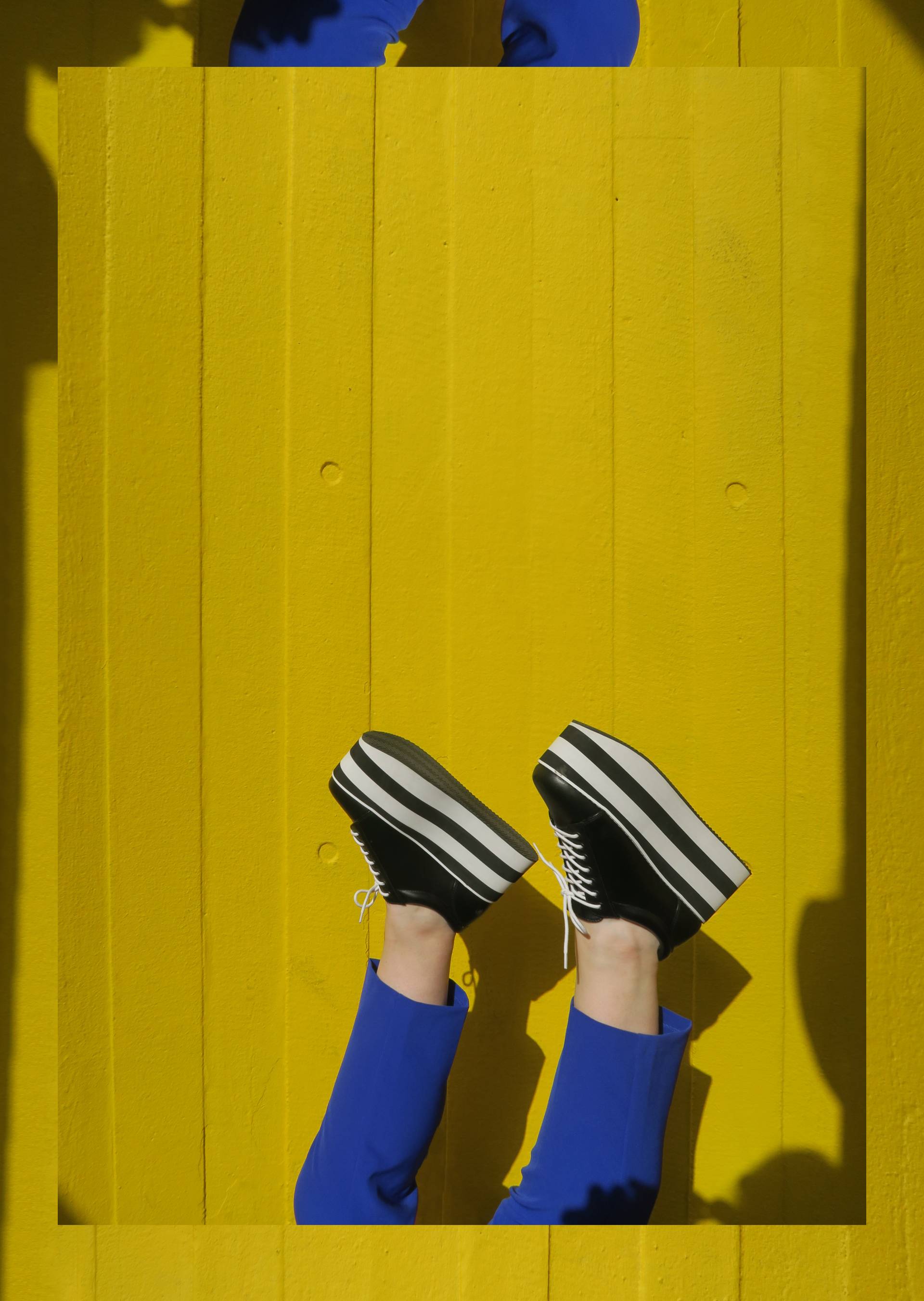 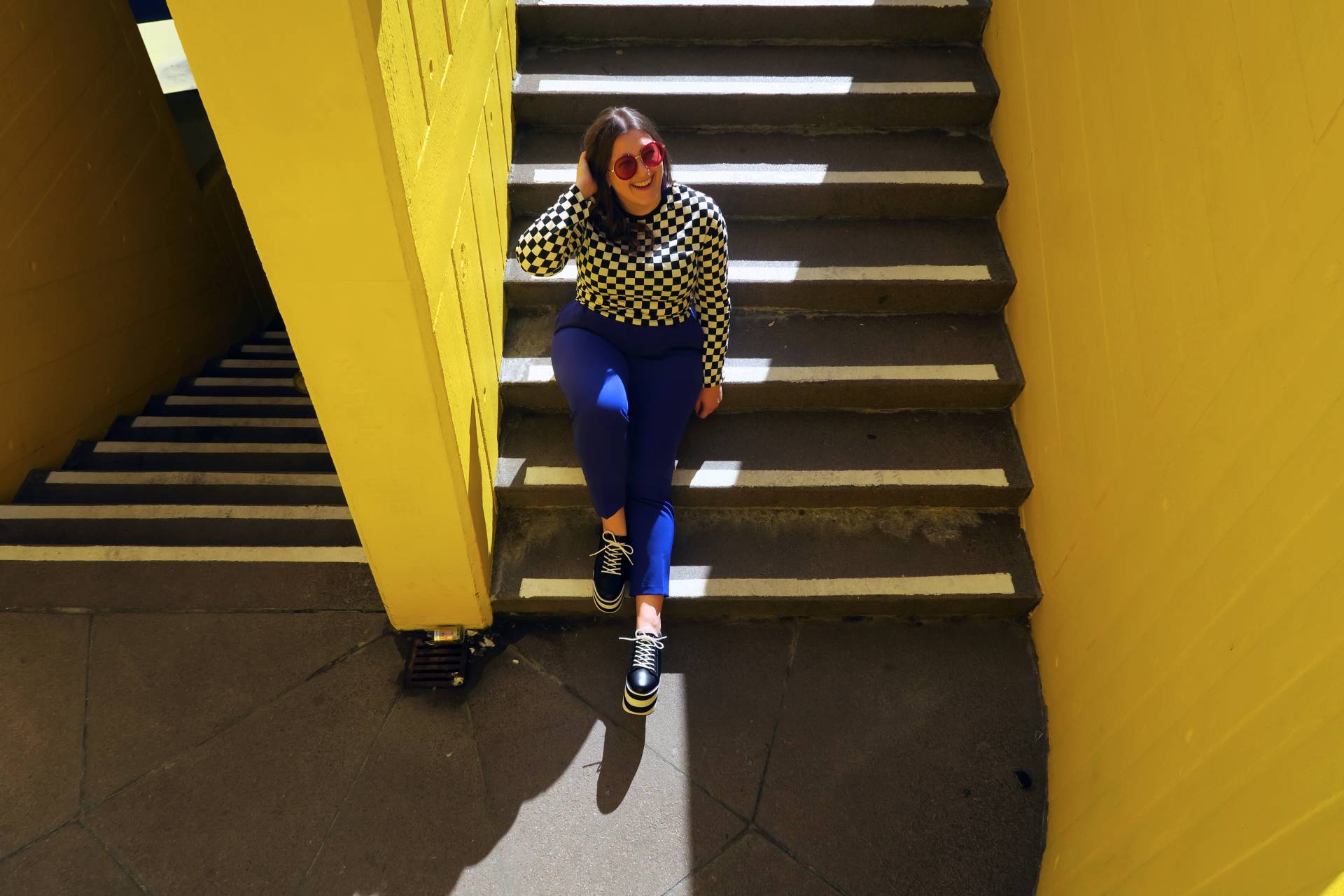 I’m also going to work on putting myself out there, rather than passively waiting for things to come to me. If I put myself in lots of new situations eventually I will start to lose the fear of the unknown and will be welcoming the challenges like they’re normality.

An important thing to note is that this doesn’t mean just saying yes to everything. Some things aren’t going to benefit me, and being able to identify these is just as much of a learning process.

I know that a lot of people see me as a confident person, and to some extent I am confident. I’m confident in what I do and don’t like, in who I am and what makes me different to other people. Despite doubting myself, I still have a burst of energy inside that tells me to not give up. That’s what keeps me going!

If you’ve found yourself nodding along reading this, then I’ll leave you with this:

‘Do one thing every day that scares you.’

Because if you don’t change anything, nothing will change. It sounds cliche, but it’s the truth!

P.S. I wish we’d filmed BTS of shooting these photos because it would’ve been quite comical to watch back – I was rolling on the floor in a really unglamorous stairway with broken glass and a strong wee smell. BUT I loved the yellow of the Southbank Centre, the contrasty shadows and hanging out with Emma, of course! She really GOT my vision.